Lockerbie still raises questions after 25 years | Europe | News and current affairs from around the continent | DW | 21.12.2013

A Pan Am jet exploded in midair and crashed into the Scottish town of Lockerbie 25 years ago, killing 270 people. While Libya ultimately accepted responsibility, many observers believe others were responsible. 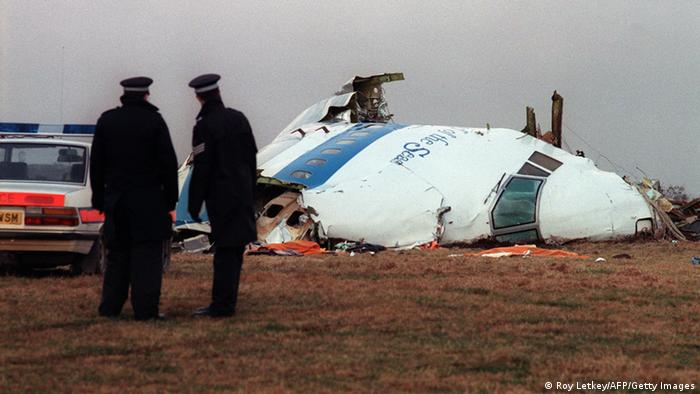 Debris from the Pan Am Boeing 747 rained down on the Scottish town of Lockerbie on December 21, 1988. All 243 passengers and 16 crew members aboard Flight 103 died, and 11 residents of Lockerbie were killed on the ground.

Traces of the plastic explosive Semtex were found in the wreckage of the "Clipper Maid of the Seas." Although several mainly Islamist groups claimed responsibility for the attack, Libya came to be a prime suspect, as it was believed to have sought retaliation for a US bombing raid against the country in 1986. 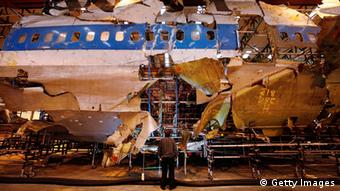 There are still no solid answers about the Pan Am bombing

A quarter of a century later - after years of investigation by British authorities, an international trial, a conviction of a Libyan intelligence officer and compensation by the Libyan government - there are still many unanswered questions about the bombing.

"Lockerbie is a mysterious attack," wrote journalist and intelligence expert Erich Schmidt-Eenboom. "It shows us that in the field of international terrorism, there are always many parties involved and many conspiracy theories." Schmidt-Eenboom said he doubts the facts about the Lockerbie bombing will ever be known.

A process full of contradictions

Hans Köchler went a step further in his assessment of the incident. The Austrian philosopher was sent by the UN Secretary-General to observe the Lockerbie trial at Camp Zeist in the Netherlands in 2000. He was present when Scottish judges acquitted one Libyan intelligence officer and sentenced the other, Abdel Basset Ali al-Megrahi, to life imprisonment. "From what I know and have seen," Köchler said, "this was a miscarriage of justice." 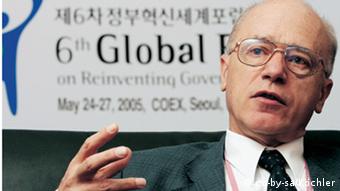 The entire prosecution case was flawed, Köchler said. The most important piece of evidence, he noted, was a fingernail-sized electronic component that emerged only months after the investigation had begun. It wassaid to be the remnants of an igniter that a Swiss firm was said to have supplied to Libya.

But if this component had actually been part of the bomb, Köchler said, it would have destroyed in the explosion. "Scottish physicists have since conducted test explosions ​​with Semtex,” he says. "And the result is an incredibly hot gas - nothing would have remained."

The Swiss company testified that a few months after the attack, police had requested a sample of the suspicious igniter. The evidence presented by the investigators in the trial, according to Köchler, clearly originated from the sample detonator.

Schmidt-Eenboom believes it was a political trial. "The course it took and its outcome clearly show that a deal was made behind the scenes, a deal that didn't serve to find the truth but rather allowed both sides to save face politically," he said.

Schmidt-Eenboom believes the US saw an opportunity to pin the bombing on Libyan leader Moammar Gadhafi. Under his rule, Libya had supported terrorist groups that had attacked Israeli and Western targets.

Following a Libyan bomb attack in April 1986 against the West Berlin disco La Belle, a popular stop for US soldiers, US President Ronald Reagan ordered airstrikes against the Libyan government district with the unstated intent of killing Gadhafi and overthrowing the regime. Gadhafi claimed an adopted baby daughter was killed in the attack. 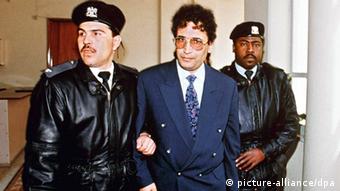 Al-Megrahi was tried for the bombing

Gadhafi knew that that the US government wanted to eliminate him, so he looked for a way out. When the international community also blamed him for the Lockerbie bombing and imposed heavy sanctions on Libya, he apparently saw no other option. He offered to hand over the two intelligence officers who had been accused of planting the bomb. His only condition was that the proceedings take place on neutral ground.

When Gadhafi actually delivered the two suspects in April 1999, the international mood against him had changed. He was no longer viewed as an unpredictable dictator, but as a president willing to talk. He showed an increased willingness to negotiate damages for families of the victims, if the West were prepared to relax sanctions in return.

The trial took place in a climate in which all parties suddenly attempted to calm things down. Even Al-Megrahi, the only person to be convicted, was given signals that he could expect early parole.

When Gadhafi accepted responsibility for the airplane bombing in 2002 and later paid $2.5 billion to families of the victims, the revolutionary leader had clearly returned to the political stage, Schmidt-Eenboom said. "It was a tactical maneuver to be readmitted to the international community and to make oil deals again with the United Kingdom," he says. 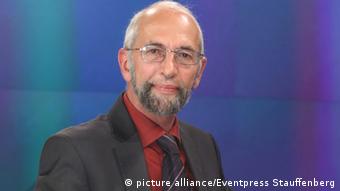 There is still speculation about the possible involvement of others behind the Lockerbie bombing. Iran is frequently named, its presumptive motivation revenge for the US's accidental shooting down of Iran Air Flight 655 six months earlier. And West German police seized an almost identical Semtex bomb concealed in a Toshiba radio from the militant group Popular Front for the Liberation of Palestine only two months prior to the Lockerbie bombing. But the evidence is contradictory, and 25 years after Lockerbie, authorities seem to have little interest in reopening the case.

The political landscape has changed, and the motives back then no longer play a role today. Al-Megrahi was controversially released in 2009 on compassionate grounds after doctors said he had only a short time to live due to terminal prostate cancer. In the event, he is said to have died in 2012.

Hans Köchler is one of those demanding the case be reopened. "It's necessary in order to restore confidence in government and the judiciary," he said, "since many in Scotland are convinced that the case didn't follow the rule of law."

Scottish prosecutors have sought help from Libya's interim authorities in tracking down information which could lead to others being charged over the 1988 bombing of a US-bound plane over Lockerbie in Scotland. (26.09.2011)

Thirty years ago, Pan Am ceased operations. The US airline put its stamp on civil aviation like no other and will always be remembered, especially by people in Berlin.

The announcement came on the 32nd anniversary of the bombing over Lockerbie, Scotland. If the suspect can be extradited, the trial will close the book on an investigation that started decades ago.

Russia's Defense Ministry said the warship sank while being towed to port after suffering damage from a fire. Ukraine earlier said it had struck the ship with missiles.