The head of Lithuanian cyber security has said the popular Yandex taxi app is unlawfully collecting passengers' data. Yandex has responded that the accusations are without merit. 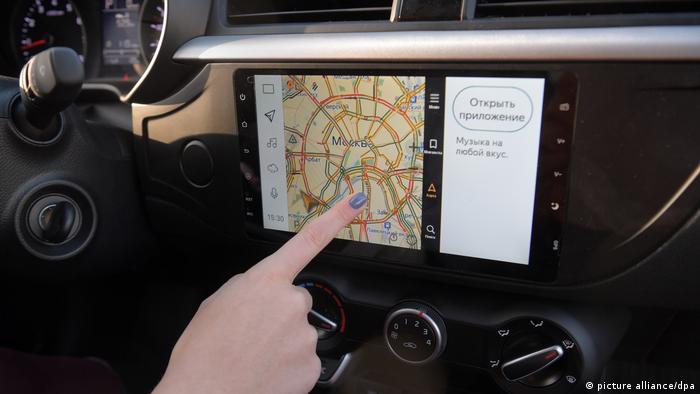 The app is technically based in Amsterdam, but is part of Yandex, one of Russia's most successful tech companies. As a search engine, Yandex accounts for about 65 percent of all Russian internet searches and operates a number of popular map and transit apps.

Rainys told the Associated Press that after running tests on the app, authorities "strongly recommend against installing and using it, especially those working in state offices."

It entered the Lithuanian market on Thursday, and has said it has about 300 cars operating in the capital, Vilnius.

Sargsyan added that they were "open and ready to any necessary checks. Any accusations against us don't have any grounds."

US-based ride-hailing app Uber recently merged with Yandex in the Russian market, ceding control to the Russian firm, which now owns about 59 percent of the joint venture.

Ride-hailing giant Uber has sold its Southeast Asia service to rival operator Grab. The sale ends a lengthy battle for market share in the region. The Uber CEO will get a seat on the board of Grab. (26.03.2018)

Two of Germany's largest public broadcasters, ZDF and WDR, have been attacked by a Russian hacking group, according to reports. It remains unclear what the group's intention was or whether any sensitive data was stolen. (27.07.2018)

Four members of the Russian activist group Pussy Riot who disrupted the World Cup final in Moscow say they have been detained again, just as they walked free from prison after serving a 15-day sentence. (31.07.2018)