The Libyan National Army has launched airstrikes on Tripoli in a bid to seize the capital. The rebel army, headed by strongman Khalifa Haftar, has been galvanized by victories in the country's eastern and southern parts. 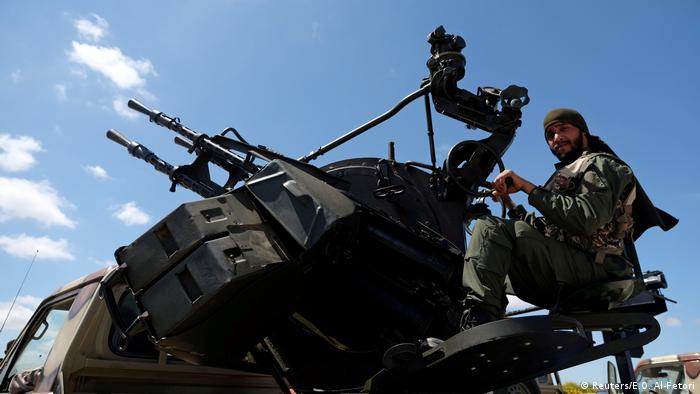 Amin al-Hachemi, a spokesman for the Government of National Accord's (GNA) Health Ministry, warned "the death toll could increase in the coming hours."

A pro-GNA military source told AFP that the airstrike victims were civilians.

"Several sites were targeted by airstrikes late Saturday night, causing victims among civilians," the source said. "Most of the strikes hit areas in the district of Abou Slim... (but) none hit military targets."

Tripoli residents said they heard the roar of airplanes and heavy explosions between 11 p.m. and midnight local time.

"We are hearing sustained, uninterrupted fire" from machine guns and anti-aircraft guns "and occasional airstrikes, but we do not know where exactly," a resident of western Tripoli told AFP Sunday morning.

The GNA accuses strongman Haftar of using foreign planes to carry out airstrikes, without naming a country of origin.

Forces loyal to the UN-recognized government of national unity and fighters under commander Haftar have been engaged in fighting for three weeks.

Haftar's forces launched an offensive on April 4 to seize the capital. After forces loyal to the Tripoli-based government of national unity launched a counterattack last weekend, the International Committee of the Red Cross warned that residential areas of Tripoli were being turned into battlefields.

Pope Francis on Sunday called for refugees to be evacuated from detention camps in Libya.

Their situation "which is already very serious, has become even more dangerous due to the ongoing conflict," he said. A group of 140 refugees is expected to arrive in Rome from Libya on Monday. 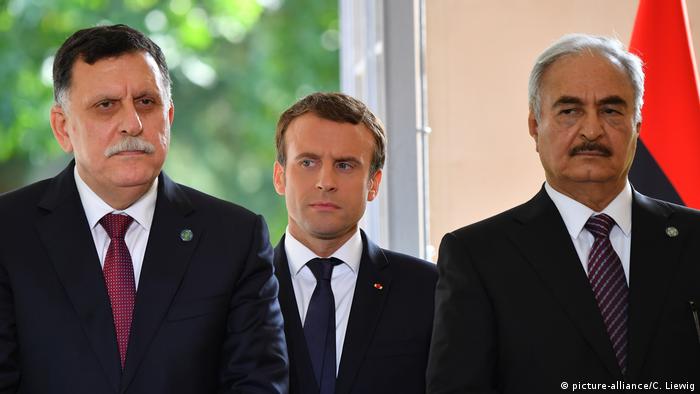 Haftar's Tripoli offensive has exposed rifts between world powers over how to handle the Libya situation.

The call came amid efforts by the UN to broker a ceasefire, which was opposed by the US and Russia on April 18. Germany, France and the United Kingdom are backing the UN push for a truce.

Libya has been facing political turmoil since the ouster and killing of longtime dictator Moammar Gadhafi in a NATO-backed uprising in 2011.

As well as the rivalry between the GNA and the LNA, a myriad of militia have vied for control of key cities, alongside periodic jihadi activity.

The air traffic in Tripoli was suspended overnight for "security reasons," as Libya's unity government battled to push back a rival group's offensive. Over 30,000 people have been displaced due to the latest fighting. (21.04.2019)

The German Left party says the government is doing a "dirty deal" with Libya: military aid in exchange for stopping migrants on the coast. But it is unclear how war-torn Libya could even do that if it tried. (20.01.2016)

Forces loyal to Libya's unity government have launched a counterattack to keep rival fighters from advancing on the city. European calls for an urgent ceasefire have been rejected by Moscow and Washington. (20.04.2019)