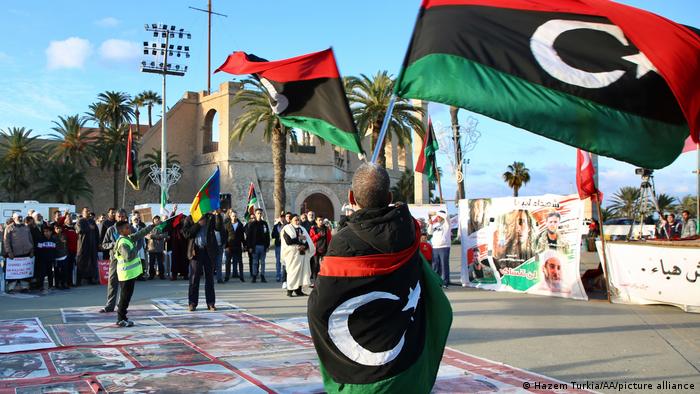 Libya has been in a state of turmoil since 2011

A delegation of Egyptian diplomats and intelligence officials visited the Libyan capital on Sunday. Headed by Ayman Badea, the deputy chief of the General Intelligence Service, they met with senior officials of the North African country's internationally recognized Government of National Accord (GNA), including Interior Minister Fathi Bashagha, and head of intelligence in western Libya, Emad Trapolsi.

Bashagha, who visited Cairo last month, said on Twitter that the meeting was "fruitful and constructive," and described the relations with Cairo as "very important."

"Fruitful and constructive meetings with Egyptian security delegation today in Tripoli, in which we discussed ways of enhancing cooperation in security and intelligence in a manner that preserves interests of both countries and the region from terrorist and organized crime threats," he said.

It was the first visit by a high-level Egyptian delegation to the city since 2014, when Libya descended into a civil war between Tripoli-based GNA and the eastern-based Libyan National Army (LNA), led by Khalifa Haftar.

Libya has been in a state of turmoil since 2011, when a NATO-backed military campaign overthrew longtime leader Muammar Gaddafi.

According to the interior ministry, officials discussed "mutual security challenges and ways to enhance security cooperation."

They also discussed ways to support the October ceasefire deal between Libya's warring factions, brokered by the United Nations.

The delegation also discussed the possibility of reopening the Egyptian embassy in Tripoli "at the earliest time", said Mohamed Elgeblawi, the GNA foreign ministry spokesman on Twitter.

Why 20,000 foreign fighters are not Libya's biggest problem

Could talks that recently resulted in a cease-fire and set a date for an election finally help push dangerous international players out of Libya?