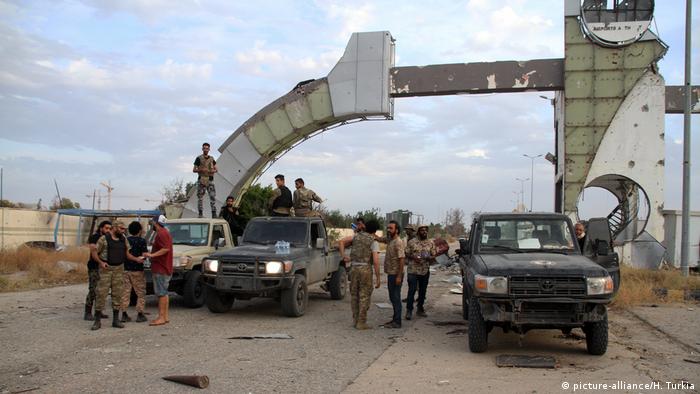 Forces loyal to the UN-backed government announced on Thursday an end to the siege of the Libyan capital Tripoli.

"In these historic moments, we announce that all municipal boundaries of Tripoli have been liberated," said Mohamad Gnounou, a spokesman for forces supporting the UN-backed government.

Last year, general-turned-warlord Khalifa Haftar launched a successful offensive to capture the capital. While his forces managed to secure key victories, including the capture of Tripoli's international airport, he stopped short of occupying the city.

However, over the past month, pro-government forces have managed to clear our Haftar's forces, including recapturing the strategic international airport on the outskirts of Tripoli. Turkish drones played a crucial role in repelling Haftar's forces in recent weeks.

No ceasefire in sight

"Our fight continues and we are determined to defeat the enemy, impose state control on the whole of the homeland and destroy all those who jeopardize the construction of a civil, democratic and modern state," Sarraj said.

Turkey's entrance into the conflict has played a decisive role in favor of the UN-backed government.

Pro-government forces have managed to push Haftar's forces out of the city with the help of Turkish military hardware.

Erdogan has repeatedly called on Haftar, who has the backing of Russia, Egypt and the UAE, to lay down arms and end attacks on civilian targets.

"An individual who constantly threatens the future of Libya cannot have a representation capability at the table," said Erdogan. He described Haftar's state supporters as "the biggest obstacles to peace."