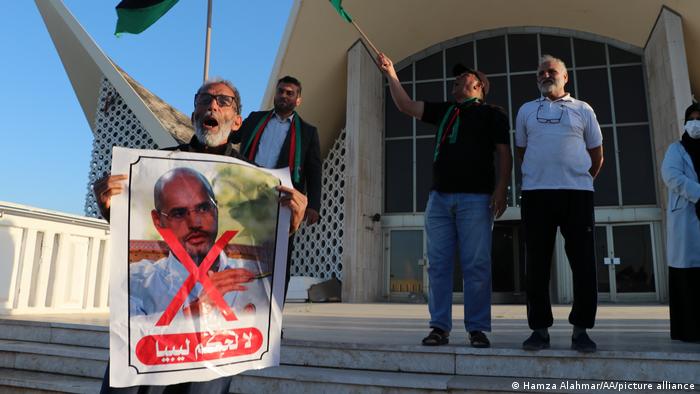 It could have been the most important day in Libya this year. The UN-led peace process should have culminated in national elections on December 24.

However, on Tuesday evening the High National Electoral Commission (HNEC) ordered the dissolution of the electoral committees in Libya. Shortly after, the UN Support Mission in Libya issued a statement on the unfolding security situation in Tripoli. "The current mobilization of forces affiliated with different groups creates tension and increases the risk of clashes that could spiral into conflict," the statement says.

Effectively, the dissolution means that Libya's presidential election is unlikely to take place as planned. In the fall, the parliamentary elections originally scheduled for December 24 were delayed until January.

While Stephanie Williams, the UN special adviser on Libya, has not yet officially called off the election and has been meeting relevant participants this week, 17 candidates on Monday had been saying they expected the election would "inevitably" be postponed.

In total, close to 80 people are running for office in the deeply divided and war-torn country.

"I do think that there have been attempts for a few months now to get these elections delayed," Sami Hamdi, managing director of International Interest, a global risk and intelligence company in London, told DW in a video call.

This view is echoed by political scientist Asma Khalifa, who researches Libya at the Hamburg-based Leibniz Institute of Global and Area Studies (GIGA). "The elections were on weak footing in many respects," she told DW on the phone.

For example, neither the constitutional basis for the elections has been secured, nor was the UN-set timetable adhered to, nor were the eligibility criteria clear, she added.

In particular, the eligibility criteria have been massively amended in the run-up to the elections.

The electoral commission has so far not published an official list of candidates, with many of them highly contested.

These are the most controversial runners:

The interim minister was appointed by the UN in February this year to prepare the national elections. However, in fall, he eventually decided to run for office himself — despite being technically excluded by the UN plan. 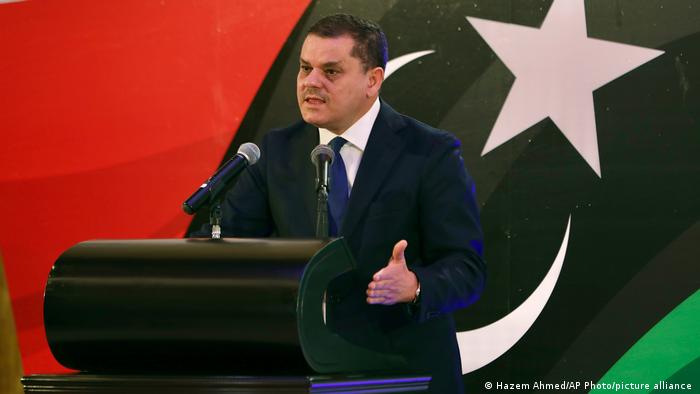 He faces some powerful rivals in the east, like Aguila Saleh, the speaker of the House of Representatives of the eastern-based Libyan parliament in Tobruk. Saleh has pressed for a new electoral law that allows him to run as a candidate. Also based in the east is General Khalifa Haftar, who only officially stepped down from his position as head of the Libyan Arab Armed Forces, also called National Army (LNA) for the election. Haftar has been one of the key figures in the past civil war, and is known for his plain speaking. 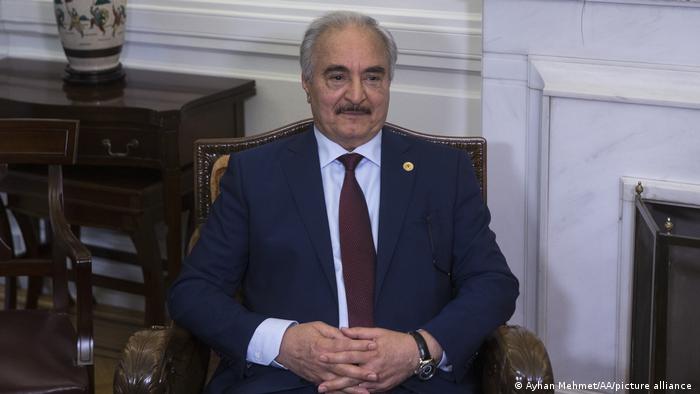 Even last week, his troops clashed with supporters of the Tripoli-based interim government in the southern city of Sabha.

These three candidates face Saif al-Islam al-Gaddafi, who is affiliated with the south. While the second-born son of the overthrown dictator Muammar al-Ghadafi was first rejected as candidate by a court in Tripoli due war crimes, another court declared his candidacy admissible in early December.

Al-Gaddafi now says he will restore the stability the country once had —  meaning under his father's reign. 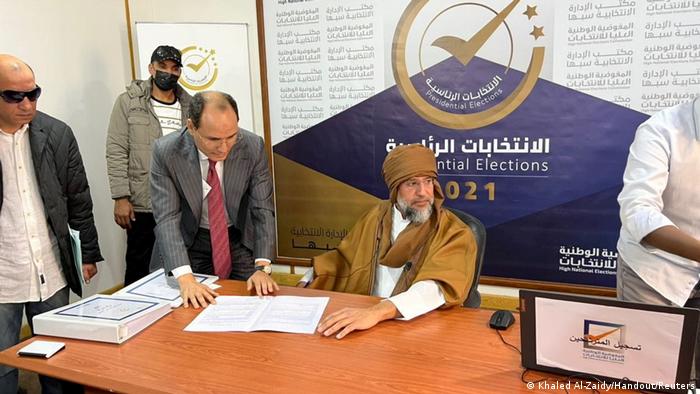 Saif al-Islam Ghadafi fought at court to be approved as candidate, however, he remains deeply contested

"Saif al-Islam Gadhafi is controversial, and he's easier understood when you remember that the Libyan revolution was only successful through NATO intervention. This suggests perhaps that there is some kind of nostalgia for some sort of security and stability and I use these words — not democracy, not rights, not freedoms — but for security and stability," Sami Hamdi said.

The analysts see many parallels to the election in 2014. "Back then, undesirable results were revolted against by militias who seized the capital and kicked out the House of Representatives, irrespective of the environment and the circumstances," Hamdi adds.

For him it is clear that the prospect of another civil war is once again is looming, if there is no political consensus prior to or in line with the elections.

For Asma Khalifa, this year's development also reveals how little Libya's political culture has changed, especially at the top.

"For years, the elites have considered political competition to be a zero-sum game. They are apparently unable to imagine that power can be shared, despite the devastating civil strife."

However, on the ground, the situation is becoming even more complicated, since perceived rivals — with the exception of Dbeibah — recently met in Benghazi. "This indicates a significant shift including the fact that east and west narratives cannot be taken for face value anymore," she added.

Hamdi adds, with a sigh, that one tragic aspect has become obvious, regardless of whether the elections are delayed until March, or parliamentary elections are held first because they are less controversial.

"Ten years on from a popular uprising that demanded freedoms and rights, the front-runners of this national election are all Gadhafi-era politicians."

December 21, 2021: The headline of this article has been changed to reflect the fact that as yet, no official announcement has been made