World powers call for support for December 24 elections in Libya

Leaders from several countries gathered in Paris on Friday for a conference on Libya and threatened sanctions against those they termed "spoilers" of scheduled December 24 presidential elections.

The UN-backed plan schedules elections next month for the North African country, which has been in a state of chaos since a popular uprising led to NATO militarily supporting the overthrow of dictator Moammar Gadhafi in 2011.

Hosted by French President Emmanuel Macron, the conference was attended by heads of state, government and foreign ministers, German Chancellor Angela Merkel and US Vice President Kamala Harris among them. The leaders of Libya, Egypt and Italy were also on hand. 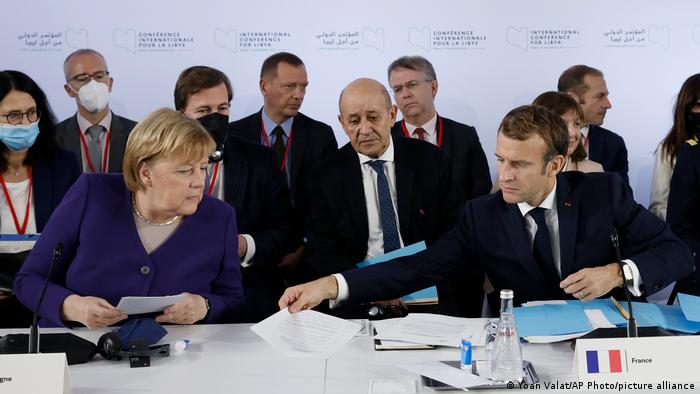 A statement after the conference called in part for "all Libyan stakeholders to mobilize resolutely in favor of the organization of free, fair, inclusive and credible presidential and legislative elections on December 24, 2021."

The UN sees the plan to hold elections on that date as a key benchmark for bringing about stability after a decade of chaos.

The statement prepared Friday also warned: "Persons or entities inside or outside Libya who attempt to obstruct, challenge, manipulate or tamper with the electoral process and political transition will be held accountable and may be subject to UN sanctions."

With just six weeks until ballots are expected to be cast for a new president and parliament, disputes continue among warring eastern and western Libyan groups and political entities. Points of dispute include rules concerning the electoral schedule and who is allowed to participate in the process. This could threaten to undo the broader UN-brokered peace process.

The peace process hopes to unite a divided society and its long-partitioned state institutions. Foreign mercenaries remain entrenched on behalf of proxy interests along the front lines despite a ceasefire.

In a video message played at the conference, UN Secretary General Antonio Guterres said: "Any party that deliberately undermines or sabotages peace must be held accountable."

Where are Russia and Turkey?

Russia and Turkey only sent low-level representatives to Paris, despite invitations to the heads of both countries. 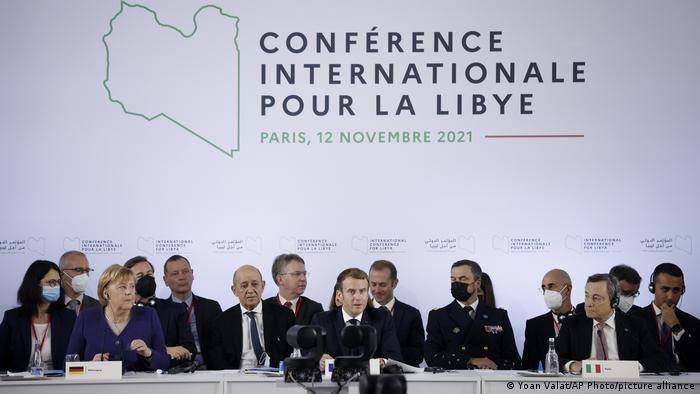 Turkey's government is concerned that France will seek the withdrawal of Turkish forces from Libya. It has long argued that its forces are regular forces invited by a UN recognized state, unlike other foreign forces in the country, though it has also hired and sent pro-Ankara militia from Syria.

On Friday, Macron told the conference: "The mercenary withdrawal plan must be implemented. Russia and Turkey must withdraw their mercenaries without delay."

Russian mercenaries with the Wagner Group are present alongside the Libyan National Army, which is based in the east of Libya and has backing from the United Arab Emirates and Egypt in addition to Moscow.