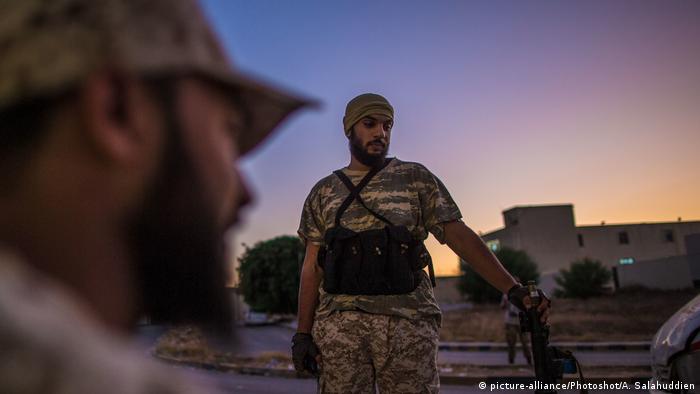 Russian Foreign Minister Sergey Lavrov said on Monday that most parties to the conflict have signed the agreement except for Libyan general-turned-warlord Khalifa Haftar and his ally Aguila Saleh, speaker of Libya's breakaway parliament in the east.

"There has been certain progress," said Lavrov. But Haftar and Aguila "have asked for a bit more time until morning to make a decision on signing" the document, he added.

Haftar, who leads the militia known as Libyan National Army, is a key guarantor of the rival eastern government's power.

The warring factions are expected in Berlin later this month but a date has yet to be set, according to German government spokesman Steffen Seibert. 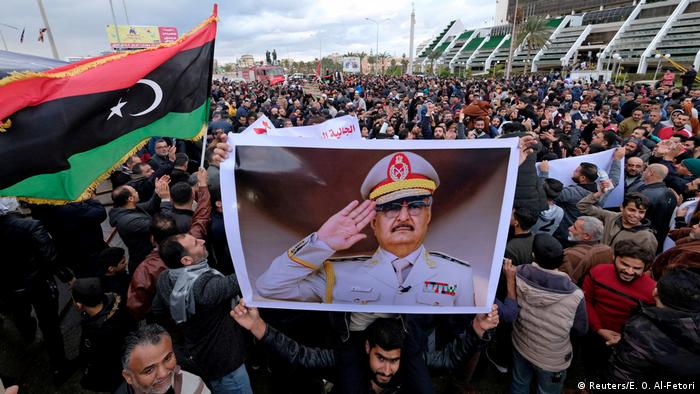 Haftar's forces have been locked in fierce fighting for control of the Libyan capital Tripoli, where the UN-backed Government of National Accord (GNA) remains in power.

Although forces loyal to the Tripoli-based government have managed to fend off Haftar's offensive, the entrance of Russian mercenaries and Turkish soldiers on opposing sides threatened to further plunge the country into chaos.

The agreement follows diplomatic efforts led by Russia and Turkey to implement the ceasefire. But Russian experts said it's unclear whether an agreement would have any effect on the ground.

'Not what Putin wants'

Turkey is at odds with Saudi Arabia, Russia and Egypt, which support the rival eastern-based Libyan government backed by Haftar. Last week, Turkey deployed troops to Libya in support of the Tripoli-based government.

"For Putin, Turkey is very important," Felgenhauer said. "In Libya, it was looking like Russia and Turkey would be fighting each other, not just by proxy but maybe even directly, with Russian mercenaries fighting for Haftar and Turkey pledging to deploy combat forces for Sarraj. And that was not what Putin wants at all."

What is the Libyan conflict?

Libya plunged into chaos in 2011 after dictator Moammar Gadhafi launched a brutal crackdown against anti-government protesters. NATO-backed rebels eventually defeated the regime and captured Gadhafi, who was killed in captivity. Since then, warring factions have fought a bitter war to maintain power in the North African country.

Emily Sherwin, DW's correspondent in Moscow, contributed to this report.

The troops loyal to Libyan warlord Khalifa Haftar had pledged to halt the attack on Tripoli — but the UN-backed government in the capital accused their rivals of breaking the ceasefire. (12.01.2020)

Libya's parliament has voted against a deal that would see Turkey deploy troops in the North African country. The assembly accused Libya’s official head of government, Fayez Serraj, of "treason." (04.01.2020)

More than two dozen cadets have been killed in a raid on a military academy in Libya's besieged capital, Tripoli. Medical workers are still sifting through the rubble and warn the death toll could rise. (05.01.2020)

Turkey is poised to send troops to Libya to support the UN-backed government against rivals and boost Ankara's claims in the Mediterranean. The move threatens to deepen a proxy struggle in the North African country. (02.01.2020)

Ankara has announced the deployment of troops to Libya. Turkish forces will support the internationally-recognized government in Tripoli, which is under siege by the army of General Khalifa Haftar. (05.01.2020)

Libya's GNA government is struggling against militias and ISIS, while hundreds of thousands of migrants seek a route through to Europe and have become prey to traffickers. The Libyan Deputy PM speaks to Conflict Zone. (20.11.2019)

Turkey warns Libya's Haftar against attacks on its forces 27.12.2020