Letters by Nazi art-dealer Hildebrand Gurlitt discovered in Güstrow | Germany | News and in-depth reporting from Berlin and beyond | DW | 17.10.2016

Mailbags containing letters and photos belonging to Nazi art-dealer Hildebrand Gurlitt have been found in Güstrow. The "Degenerate Art" research center will now set about valuing the discovery. 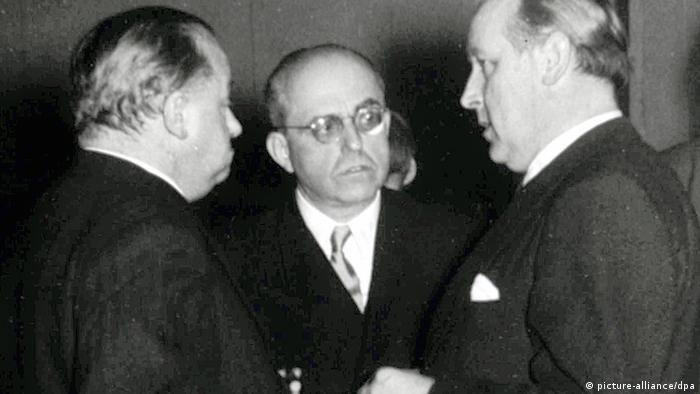 The "Schweriner Volkszeitung" newspaper reported on Monday that the Nazi-era mailbags were discovered by accident during demolition work on an old wooden house. A hotel owner from the northeastern German town of Güstrow, who had acquired the land on which the wooden house stood, found the mailbags under the veranda.

They appeared to be in bad condition. But Volker Probst, director of the neighboring Ernst Barlach Foundation, told the newspaper that although many of the photos and letters are indecipherable, some can still be made out.

"This discovery is completely unexpected," he said. "Suddenly these documents have turned up, directly next to Ernst Barlach's residence, that are related to the crucial issues of our institution."

Güstrow was the home town of the famous German sculptor.

In the 1930s, art dealer Bernhard A. Böhmer and his family lived next door to the wooden house, locally known as the witches' house, which has now been demolished. Böhmer had provided a studio house to the sculptor Ernst Barlach, whose art had been defamed by the Nazis as "degenerate." The house is now home to the Barlach memorial. He died in 1938, leaving behind a comprehensive oeuvre of drawings and sculptures. Böhmer hid many of the artist's works and thus saved them for posterity. Yet the role he played in this is still disputed. 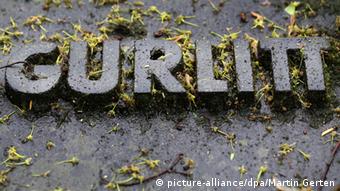 The recently-discovered letters are from Hildebrand Gurlitt and are personally addressed to Bernhard A. Böhmer. Both men belonged to the group of only four authorized art dealers who, on behalf of the Nazi regime, snapped up confiscated Jewish artworks and collections at auctions and stored them in warehouses. Gurlitt often travelled to Nazi-occupied territory, especially in France, Holland and Belgium, to acquire art for the planned Führer Museum in Linz.

The "Gurlitt" name made global headlines in 2013, when it was revealed that hundreds of artworks were discovered and confiscated from the Munich apartment of his son, Cornelius Gurlitt. Many of the pieces in the "Gurlitt collection" are suspected to be looted artworks and the origin of some of the pictures is still not entirely clear.

Following the Soviet army invasion in 1945, Böhmer committed suicide. This left many unanswered questions in relation to his estate.

According to Volker Probst, the discovery in Güstrow will now be examined and valued by experts from the "Degenerate Art" research center at Berlin's Free University.