The man behind your glasses: Leonardo Del Vecchio | Business | Economy and finance news from a German perspective | DW | 09.04.2021

The eyewear company Luxottica is the biggest maker of high-end eyewear in the world. It is run by an Italian billionaire who shows no sign of slowing down at nearly 86. In fact, the company just got bigger. 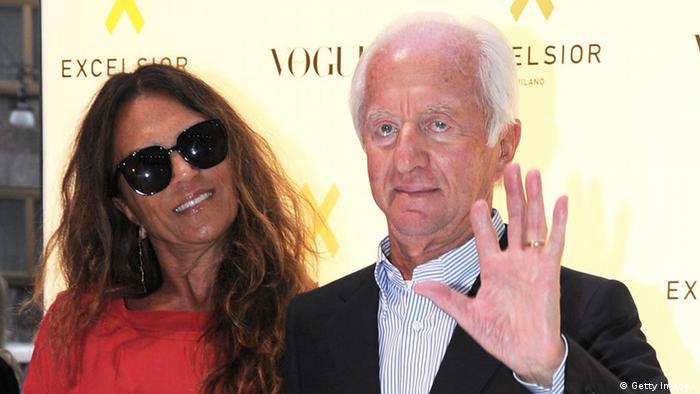 The past 12 months have been good for Leonardo Del Vecchio's bottom line. Though the coronavirus pandemic has hit his eyeglass business, his personal fortune has gone from about $16 billion (€13.6 billion) to $26.5 billion through his diverse investments. That makes him the second-richest person in Italy and the 62nd-richest person overall, according to Forbes.

Approaching 86, he is still able to shake up the business world. As founder, chairman and the biggest shareholder of EssilorLuxottica, he focused on transforming the global eyewear business by buying up companies and making hundreds of millions of pairs of expensive sunglasses, lenses and frames for prescription glasses. In 2020, the company added another 1,600 styles to its collection.

The company has factories, R&D sites and distribution centers in many of the 150 countries where it operates. When it comes to spectacles, with thousands of trademarks, more than 10,000 patents and 140,000 employees, the company touches the lives of millions and is a clear-sighted mammoth that has cornered the market. 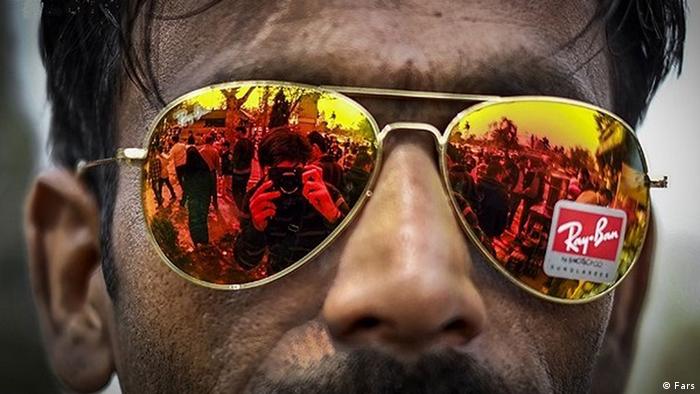 Glasses don't protect against the pandemic

The multinational is not immune to the effects of the pandemic. Revenue for 2020 came in at €14.4 billion, down 17% compared to 2019. Gross profit was €8.4 billion as sales bounced back in the second half of the year. Over half of the total revenue was generated in North America.

At the same time the company enhanced its e-commerce platforms and "got closer to customers and consumers during the pandemic," according to its 2020 report. Last year direct online sales to customers brought in €1.2 billion, a 40% increase over 2019.

Notwithstanding a complicated year, the company's stock is again close to its all-time high, reached in January 2020 — just before the pandemic was declared. With such an outlook EssilorLuxottica is again willing to grow. In March it got permission from the EU antitrust authority to buy GrandVision, a chain of opticians based in the Netherlands, for $8.5 billion. It is a long way from the tiny company Del Vecchio founded 60 years ago in 1961.

Del Vecchio's life is a true rags-to-riches tale. His father died before he was born and the family was so poor that as a young boy he spent time in an orphanage. He apprenticed at a tool and die maker before moving to eyewear. He gained experience making components and soon started selling his own frames. The company kept growing and in 1988 started making glasses for fashion designer Giorgio Armani. It was the start of many very lucrative licensing contracts. 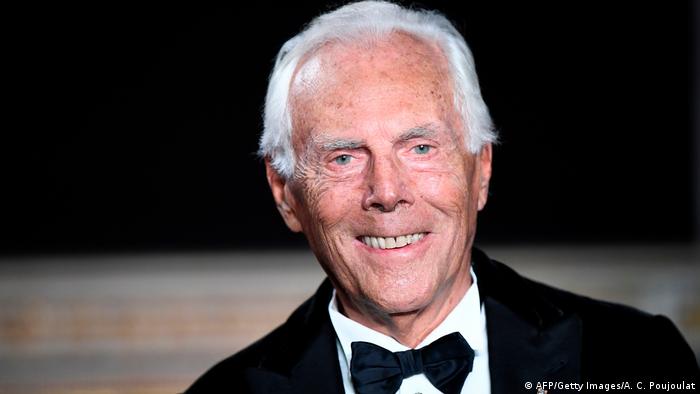 The company has been making glasses for Giorgio Armani since 1988

After going public in 1990, Del Vecchio used the cash infusion to buy brands and retailers to sell his glasses. The company now owns international retailer Sunglass Hut and optician chain LensCrafters. In total, it has nearly 11,000 retail stores and owns brands Ray-Ban, Persol and Oakley. It also makes glasses under license for big high-end brands like Chanel, Ralph Lauren, Prada, Tiffany and Versace.

Del Vecchio's biggest coup was in 2018, when he merged his frame maker Luxottica with Essilor, a French prescription-lens manufacture with an enormous market share. It was an obvious match and created a multibillion-dollar glasses behemoth. Today it is the biggest maker and retailer of frames, prescription glasses and sunglasses in the world.

The bigger the better?

Six decades after starting out, Del Vecchio's success in the business can be put down to two things.

By focusing on vertical integration — meaning that the company is in charge of everything from raw materials, design and manufacturing to distribution and sales — he has a hand in every step. It is a way to keep an eye on quality while being efficient and making sure trends get to market quickly. 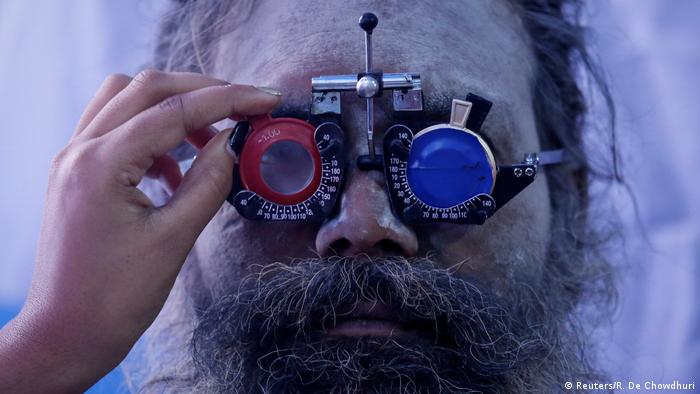 On top of that is an increased awareness and ability for people to spend money on glasses, vision care and health in general. With populations aging, bad indoor lighting and more screen time there is plenty of room to grow. EssilorLuxottica claims that 4.7 billion people need help with their vision; in that group 2.7 billion suffer from uncorrected poor vision.

The company's dominance and market power bring two risks, according to Tommaso Valletti, the head of the economics and public policy department at Imperial College Business School in London.

The first risk is a focus on preserving market share at the cost of innovation. The second risk is antitrust abuses, which "typically follow market power," Valletti told DW. Indeed, the company has often been accused of using its position to drive out competitors and drive up prices. 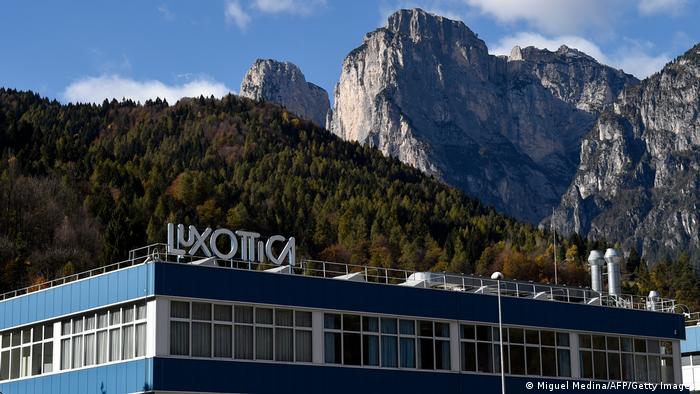 A Luxottica production facility in the mountains north of Venice

How do you say retirement in Italian?

The biggest criticism of Del Vecchio is his inability to let the next generation have their go — or even make arrangements for the possibility that he may not always be around. A company with a current market value of over €60 billion needs detailed planning.

In 2004, Del Vecchio stepped aside from running the company. Unsatisfied, a decade later he was back, pushed out the CEO and took the reins again. Another four CEOs came and went quickly while executives left seeing little upward mobility with such a strong-willed boss.

"Del Vecchio is an amazing figure, incredibly hard-working, and has an inner circle of people he could totally trust," Valletti said. "I don't think his experience can be repeated or easily transmitted to family members."

This dependence on the founder leaves a huge corporation in a bind. Now that his 86 birthday is just around the corner, more people are wondering about a line of succession to run the company. His wife and six children have been left out of any management jobs. 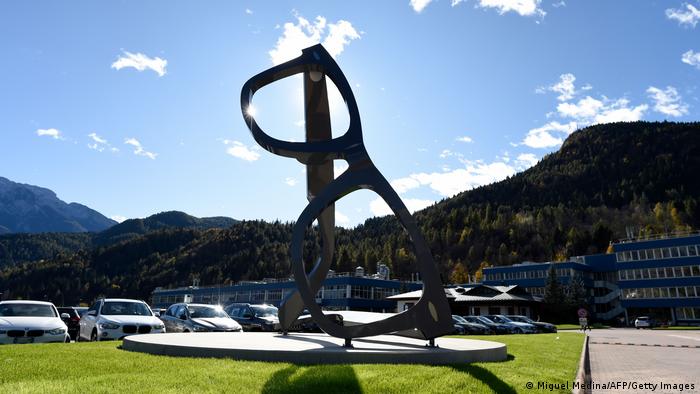 These concerns don't seem to worry Del Vecchio. Besides putting more glasses on noses, he is now pouring money into Italian investment bank Mediobanca on top of his important stakes in Generali, the country's largest insurer, and UniCredit, it's largest bank.

It took 60 years to create EssilorLuxottica by bringing together a fragmented industry and turning what was often seen as a medical device into a mass-market fashion statement. Is there enough time for more big moves?

"We are precisely in the right position to lead the reinvention of an entire industry in the age of wearables, artificial intelligence, rapidly changing consumer and patient behaviors," Del Vecchio and vice chairman Hubert Sagnieres concluded in their 2020 company report.

For most people, being the best at one thing is enough. For Del Vecchio, dominating today's glasses industry doesn't seem to suffice.

If you're worried about your eyesight, it's not screens you need to fear

Computers, tablets, phones, TVs — surely the hours spent staring at these screens are somehow affecting our eyesight. But where's the science, and can "computer glasses" really help? DW asked an expert.