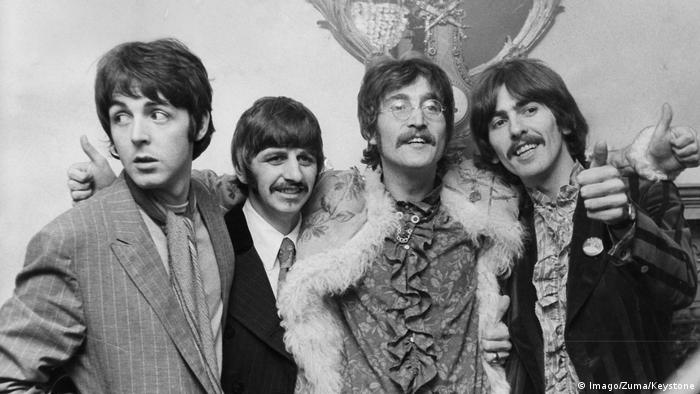 The Beatles legend left the green-tinted shades on the back seat of a car over 50 years ago.

Alan Herring, the chauffeur for The Beatles' drummer Ringo Starr and bandmate George Harrison, came across the spectacles on the back seat after picking up Lennon, along with the other two members of the Fab Four.

"In the summer of 1968, I had picked John up with Ringo and George in Ringo's Mercedes and driven the boys into the office," Herring recalled in a statement released by the Sotheby's auction house. "When John got out of the car I noticed that he'd left these sunglasses on the back seat and one lens and one arm had become disconnected. I asked John if he'd like me to get them fixed for him. He told me not to worry they were just for the look!"

Herring said he never did get them fixed. The specs were bought by an unnamed bidder during an online auction that also included other collector's items from The Beatles, including a necklace with cowbells worn by guitarist George Harrison, which sold for $13,300 (€12,000).

"For my family's sake it makes sense for me to say goodbye to my collection now while I can still tell all the stories behind everything," Herring concluded.

In 1980, at the age of 40, Lennon was murdered outside his New York apartment building by Mark Chapman.

Imagine a world where no one knows the Beatles' music — except for a street musician. That notion inspired director Danny Boyle to create a movie featuring both a newcomer and a British superstar. (26.06.2019)