Leon Goretzka to join Bayern Munich in the summer

One of the most anticipated Bundesliga transfer moves of the last six months has finally been confirmed. Serial champions Bayern Munich have acquired yet another young German star. 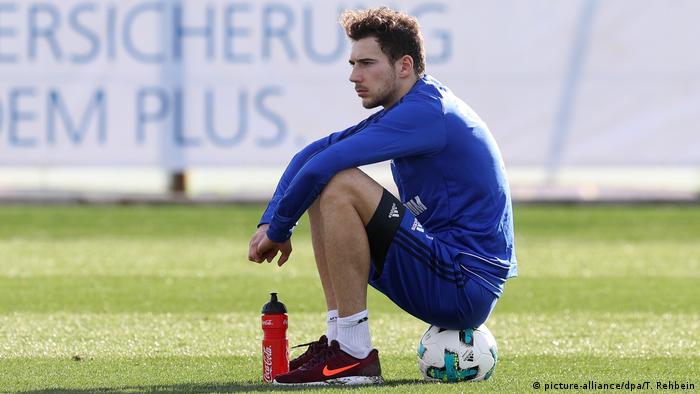 At the press conference ahead of Schalke's game against Hannover this weekend, Schalke's sporting director, Christian Heidel, said the Germany international would be leaving the club in the summer of 2018, when his contract with the Royal Blues expires. Goretzka has signed a four-year deal with Bayern, which will keep him in Munich through the end of the 2021-22 campaign.

"Leon [Goretzka] told us at the start of the week that he wanted to leave the club to join Bayern Munich. We regretfully accepted the decision," [Bayern CEO] Karl-Heinz Rummenigge informed us that Leon passed his medical yesterday," said Heidel, who noted that another club had been in the running to sign the midfielder.

Heidel added the club had done "everything it could to keep Leon", even saying the club had effectively agreed a contract extension with the player last summer, but Goretzka has requested more time to consider his options. Heidel said Schalke were prepared for the decision, but stressed that the club was losing a "very, very good player."

Later on Friday afternoon, Goretzka posted a message on his Facebook page saying: "I know that I have disappointed you all and you'll have little understanding for it [the decision]. I would find little approval with any explanation I could give."

The midfielder added he wanted to get Schalke back in the Champions League and win the German Cup with the club before he left. To achieve those goals, he has asked fans for support: "You don't have to agree with my decision, but don't make it hard for us as a team."

Although Goretzka has agreed to leave in the summer, Heidel was asked about the possibility of a move this winter: "If Rummenigge calls, we'll talk. It's always about what is best for the club."

Rummenigge was quoted on the Bayern Munich website as saying: "We are delighted that Leon Goretzka, a German international with huge potential, has opted for Bayern despite considerable interest from abroad."

As for a replacement, Heidel said the club would be patient. "We can't buy Leon Goretzka as a replacement, otherwise he would have stayed. But we have the second half of the season to consider a solution."

"We are sad and disappointed to lose Leon the player and the person... There's no doubt that Leon is a key component of the team," Tedesco said, before adding that he hoped Schalke fans wouldn't react negatively to the news.

Goretzka joined Schalke from Bochum in 2013 and made 130 appearances, scoring 19 goals for the Gelsenkirchen club.