The prime minister said he was unable to end the widespread political unrest threatening to upend the economy. Protesters have taken to the streets for nearly two weeks to demand a new political system. 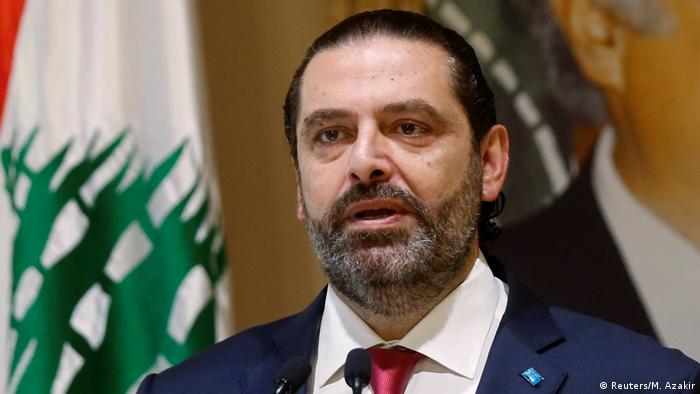 Lebanese Prime Minister Saad al-Hariri on Tuesday announced his resignation, saying he was unable to resolve what had become a growing political crisis for the country's ruling elite.

"I have tried, during this period, to find a way out, through which to listen to the voice of the people," Hariri said. "To all partners in political life, our responsibility today is how we protect Lebanon and revive its economy."

Lebanon has been hit by nearly two weeks of mass protests urging major reforms to crack down on corruption and the ruling elite. The movement has also called for the government to step down.

His decision to resign is likely to anger the leadership of the Shiite militant group Hezbollah. Hassan Nasrallah, who heads the group, has twice warned Hariri against stepping down, saying it would create a political void.

'We heed your call'

Earlier on Tuesday, Hezbollah supporters attacked a protest camp that served as the epicenter of the anti-government demonstrations.

"We heed your call, Nasrallah," the supporters chanted as they set fire to protesters' tents.

TV footage showed protesters calling for police assistance. At first, Lebanese authorities did not intervene. However, they later shot tear gas in a bid to disperse crowds.

Read more: Hezbollah: What good would a German ban do?

"Prime Minister (Saad) Hariri has just resigned, which makes the crisis even more serious," Le Drian said. He urged political leaders to "do everything to guarantee the stability of institutions and the unity of Lebanon, that's indispensable."

From 1975 to 1990, Lebanon was devastated by a brutal civil war. The country's political system is intentionally divided along sectarian lines to ensure the inclusion of Lebanon's diverse ethnic and religious communities.