The Iranian-backed Hezbollah movement and its allies have lost their majority in the Lebanese parliament. The result reflects growing dissatisfaction with the country's ruling political class. 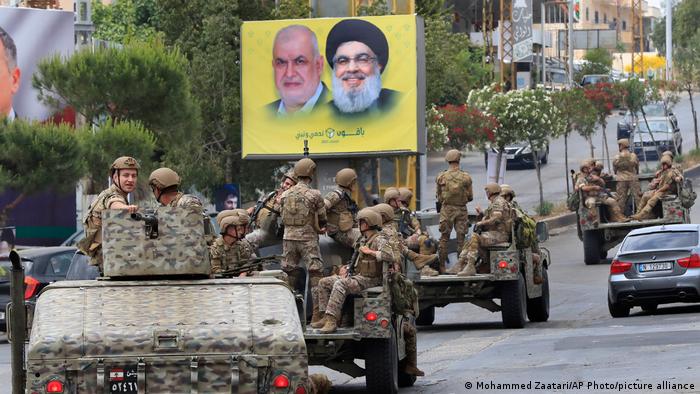 The Shiite movement Hezbollah and its supporting factions in Lebanon's parliament have lost their majority, according to results released on Tuesday.

The results, announced by the interior ministry, leaves the legislature now split into several camps — none of which have a majority — raising the prospect of political deadlock.

How do the results look?

Hezbollah and political allies that support the group's possession of weapons won some 62 of parliament's 128 seats in the election, which took place on Sunday.

The figure — short of a majority — contrasts with a 2018 result when they secured a majority of 71.

The election is the first since the country experienced devastating economic collapse and the 2020 Beirut port explosion.

It saw Hezbollah and its ally Amal retain the 27 seats reserved only for Shiite lawmakers. However, the movement's non-Shiite allies suffered losses.

The opponents of Hezbollah include the Lebanese Forces, a Saudi and US-aligned Christian faction, which appears to have claimed 20 seats. The party overtook the Hezbollah-aligned Free Patriotic Movement, on 18 seats, as the biggest single Christian party in Lebanon's legislature.

Meanwhile, reform-minded political newcomers calling themselves "Force for Change" won at least 12 seats — an unexpected breakthrough into a political system long dominated by the same groups.

Disillusioned with the old guard

Many voters blame the established parties, which have maintained power for decades, for the country's severe economic crisis.

Many of the opposition candidates emerged from mass, anti-government protests in 2019 that were directed, among other things, against widespread corruption in Lebanon.

Lebanon has been suffering the worst  economic and financial crisis in its history for the past two years. The UN says about three-quarters of the people in the country are now living below the poverty line.

Among the chief issues that polarize the Beirut parliament is the right of Hezbollah to maintain a weapons arsenal. The arms are often described as equivalent to or better than that of the state itself.

Stumbling blocks are foreseen with the formation a government and election of parliament's speaker and president. All three are expected to be very contentious, and protracted political crises are likely.

According to convention, the president is a Maronite Christian, the premier a Sunni Muslim, and the parliamentary speaker a Shiite.

A delay in the formation of a new government would also hold back reforms needed to address the economic crisis and access support from the International Monetary Fund.