The Lebanese government has announced economic reforms after meeting to discuss a rescue plan for the country's crumbling finances. With public discontent widespread, mass protests have continued. 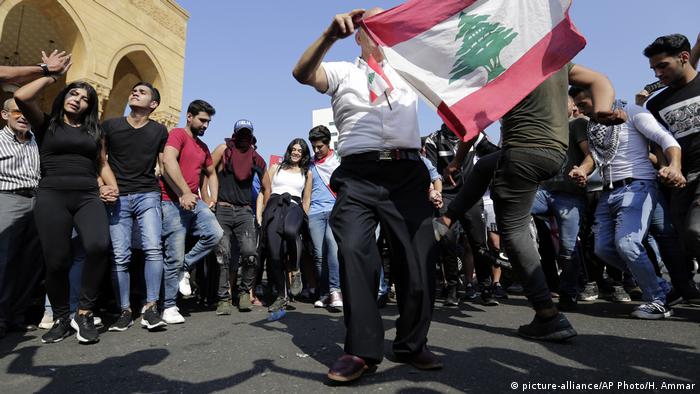 Lebanon's 30-member Cabinet approved reforms on Monday that include the halving of ministerial wages, amid growing public anger at the perceived corruption of the country's political elite.

The meeting, at the presidential palace in the Beirut suburb of Baabda, was swiftly convened after a package of reforms was drawn up.

Prime Minister Saad Hariri said a raft of measures that were approved by his Cabinet was not merely an attempt to quell mass protests.

"These decisions are not designed as a trade-off. They are not to ask you to stop expressing your anger. That is your decision to make," Hariri said in a televised press conference. 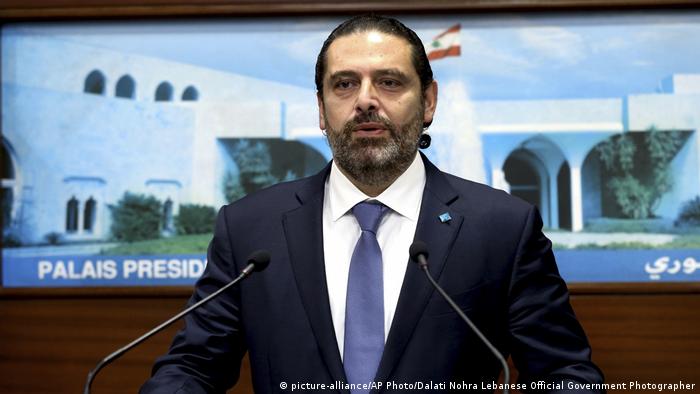 Hariri and his Cabinet are hoping the reforms will appease protesters

The reform plan that the government hopes might shore up the economy without increasing taxes includes a 50% cut in salaries to current and former politicians. It also envisages reductions in benefits for state institutions and officials.

Meanwhile, the central bank and private banks would be expected to contribute some $3.3 billion (€2.95 billion) to achieve a "near-zero deficit" for the 2020 budget.

During the session, President Michel Aoun had said that protests were understandable. However, he added that accusing all politicians of corruption equally was not fair.

"What is happening in the streets expresses people's pain, but generalizing corruption against everyone carries big injustice," said Aoun.

Protesters blocked major roads into the capital, Beirut, on Monday for the fifth day of demonstrations fueled by worsening economic conditions. Meanwhile, schools, businesses, and banks were closed.

Grievances range from the introduction of austerity measures to poor infrastructure, but there is growing anger at the political class.

Hundreds of thousands of people had taken to the streets on Sunday, some waving Lebanese flags and chanting "the people want to bring down the regime."

Protests have grown across the Mediterranean country after discontent surfaced on Thursday over a proposed tax on calls via WhatsApp and other messaging services. While the government quickly dropped the plan, the initial unrest has transformed into a movement demanding a sweeping overhaul of the political system.

The Lebanese government is trying to placate mass protests with economic reforms. That plan could work, but achieving lasting change and progress requires commitment from the protesters, too, writes DW's Rainer Sollich. (21.10.2019)