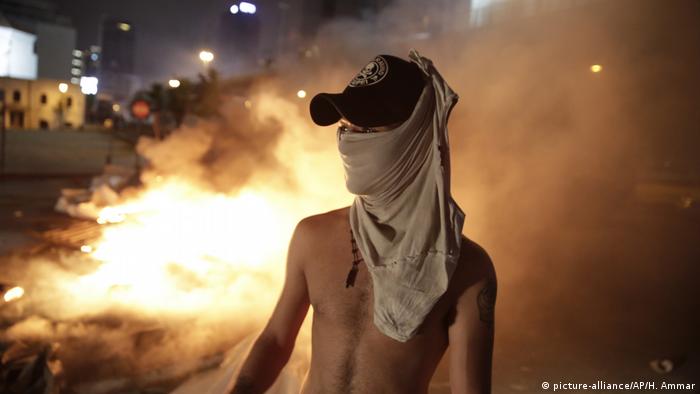 The Lebanese government on Friday scrapped a a 20-cent (€0.18) daily charge on voice calls made through WhatsApp just hours after announcing it.

The move came after thousands of protesters took to the streets in anger at the state's handling of economic policies and the tax on calls made through the voice-over-internet protocol (VoIP), used by applications including WhatsApp, Facebook calls and FaceTime.

Police and security forces fired tear gas at protesters as they tried to push through security barriers around the government headquarters. It was one of the biggest demonstrations the country has seen in years.

Telecommunications Minister Mohamed Choucair said that the 20-cent fee will not go into effect and that the Lebanese Prime Minister Saad Hariri had requested the policy reversal. 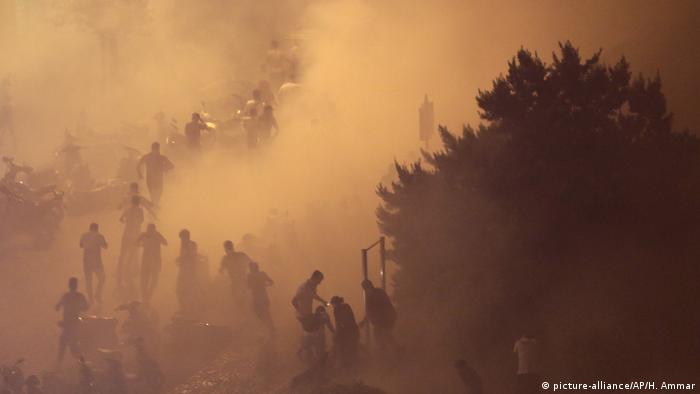 Hundreds of protesters clashed with police and security forces, with some setting fires to tires to ward off authorities

Despite the backdown, protesters continue to demand economic reform. "We are not here over WhatsApp, we are here over everything: over fuel, food, bread, over everything," said Abdullah, a protester in the capital Beirut.

"We are asking for jobs, for our rights, electricity, water, we are demanding education," said another protester.

Demonstrators gathered in Beirut's Riad al-Solh square, some waving Lebanese flags and chanting, "the people want to topple the regime" and "we need a revolution."

DW's Diana Hodali in Beirut said the city was "literally burning." Almost all major roads were "blocked by burning tires and garbage," she wrote on Twitter.

"The protests were sparked by the plan to raise taxes on VoIP," Hodali said. "But they are a culmination of recent shortages like bread and fuel. There is rampant corruption and a complete mismanagement of public funds."

Some demonstrators also caused damage to shops and street signs. The mass protest is the second in less than a month.

The Red Cross said they transferred 22 people suffering from respiratory problems due to the police tear gas and that they treated 77 people on the spot for various minor injuries.

Lebanon's Interior Ministry said about 40 members of is security forces were injured while 60 police officers were reportedly wounded in the clashes.

According to local media, two foreign workers were suffocated by a protest fire that spread to a nearby building in Beirut and that rescuers were also in the process of pulling out bodies and dousing the flames.

The Lebanese government had declared a state of "economic emergency" after the country developed a stagnating economy exacerbated by a financial crisis.

The government is seeking new ways to grapple its widening deficit. Lebanon is one of the world's most heavily indebted countries.

A bright moment for online activism in Lebanon

Civil society organizations and activists in Lebanon are increasingly using the internet to express their ideas and raise awareness of issues. But some groups need greater protection in the digital sphere. (07.05.2019)