Lebanon's financial situation is deteriorating amid a rising political divide. International financial institutions say that it is up to the country to restore trust and overcome the current liquidity crisis. 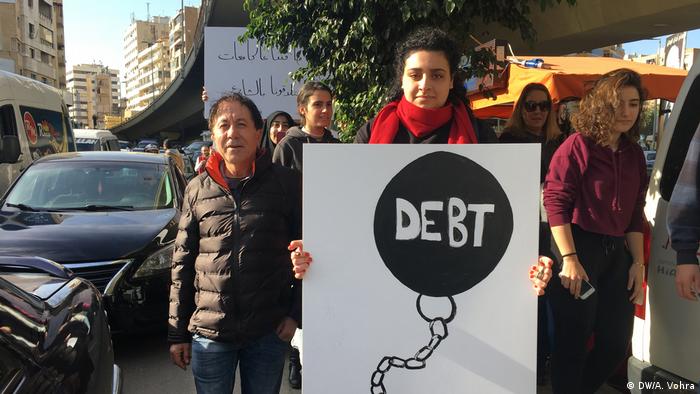 A shortage of US dollars is forcing Lebanese authorities to work on new financial instruments and trade mechanisms to import wheat, medicine and fuel, triggering internal tensions and a confidence crisis. Ali Yaacoub, secretary general of the small El-Nahj party, says that Lebanon is acccumulating more and more debt each year, and that its dollar reserves are "basically over."

"This affects people. Even more importantly, people don't trust the government. They think that the government is corrupted. It has not been like this since civil war," he told DW, referring to the war that marred the country between 1975 and 1990.

On Sunday (Sep 29), protesters took to the streets in several cities, mainly peacefully, lamenting a deterioration of their living conditions. Some of the protesters in Beirut wore Che Guevara T-shirts and communist symbols. 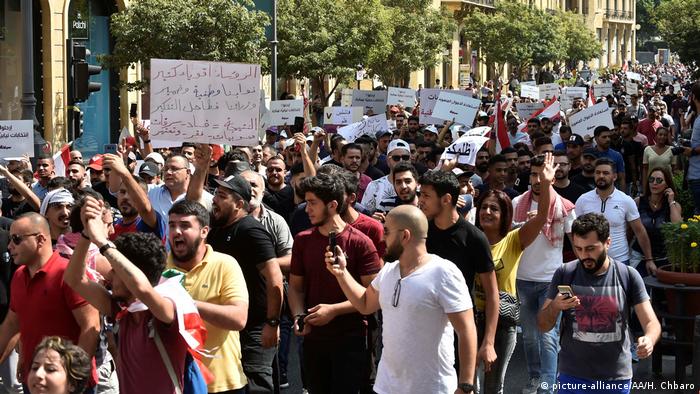 Lebanese were taking their protest to Martyrs' Square in Beirut on Sep 29, protesting against increasingly difficult living conditions

The government is well aware of the gravity of the situation. At the beginning of September, a couple of weeks after ratings agency Fitch downgraded Lebanon's long-term foreign currency issuer default rating, local officials declared a state of economic emergency, while confirming Lebanon's two decades old peg to the dollar.

"There are serious economic and financial problems, but we know that Lebanese people are resilient," Adel Afiouni, state minister for Technology and Investment, said in Beirut on Tuesday. Afiouni also said that structural reforms and fiscal adjustments were necessary to attract investments and overcome the current structural unbalances of the country.

According to the World Bank, Lebanon's budget deficit stands at 11.5% of gross domestic product (GDP), whereas government debt has reached 151% of GDP. Income inequality is also a problem, arguably exacerbated by the conflict in neighboring Syria.

Up to 1.5 million Syrians, about a quarter of the Lebanese population, have taken refuge in the country since the beginning of the conflict in March 2011. This has had an impact on Lebanon's public finances, and social cohesion, the World Bank said in its country overview. And the United Nations' Development Program (UNDP) has found income inequality in Lebanon to be especially stark, ranking  the country 129th place among 141 countries in a 2017 report.

Fares al-Saad, president of the opposition Syrian Social Nationalist Party (SSNP), thinks the crisis is not just about economics, but mainly related to politics. "A change in government could take place very soon. Some of the political parties are going to contribute to the demonstrations," he told DW.

The SSNP is a nationalist party headquartered in Beirut and active in several Middle East countries. It is, for instance, a political ally of Syrian President Bashar al-Assad.

The current Lebanese government led by US ally Saad Hariri took nine months to form after the 2018 general elections. It is a mix of many voices, representing different religious and political affiliations in the multicultural country. In Lebanon, there are 18 recognized religious sects and around 100 political parties.

Commentators repeatedly pointed their fingers at the lethargy of political decision-making in the country, not just on the part of the government. General elections were postponed three times between 2013 to 2018. Parliament finally approved the 2019 budget in July, after many months of discussions. 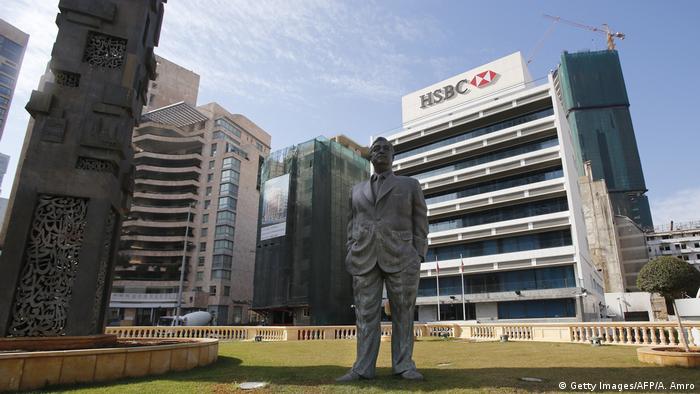 Lebanon used to be known as the Switzerland of the Middle East for its stringent banking secrecy law. it's a well-connected financial, cultural and artistic center

These days however a majority of the currency traders in the lively Hamra Street report that their business is going down, confirming that liquidity is a serious issue. Last week, gas station owners went on strike, as they lament paying overly high dollar exchange rates. Gas stations are paid in local currency, but buy their supplies in US dollars.

Debora Revoltella, director of the Economics Department at the European Investment Bank (EIB), believes Lebanon is facing a "challenging moment."

"If they are really serious about implementing economic reforms the situation can change. But they have to be very quickly to regain credibility," she told DW.

Revoltella argues the government is aware of the problems, but says that the implementation of reforms in the IT and energy sectors, as well as a higher pace of privatizations are key to avoiding a worsening of the crisis. Global institutions, such as the EIB, are ready to assist the country, with a mix of technical and financial support, but the ball is now in the government's court, she says.

"I think they have a very strong plan; they have to implement it and make it credible," Revoltella notes, adding that if the pressure on countries is fading because of low interest rates, globally this doesn't really apply to Lebanon. "It's a race against time."

Lebanon: Why refugees are destroying their houses