Prime Minister Saad Hariri reportedly transferred millions of his fortune to a South African model. As the country suffers under austerity and spiraling public debt, could the revelations topple the billionaire leader? 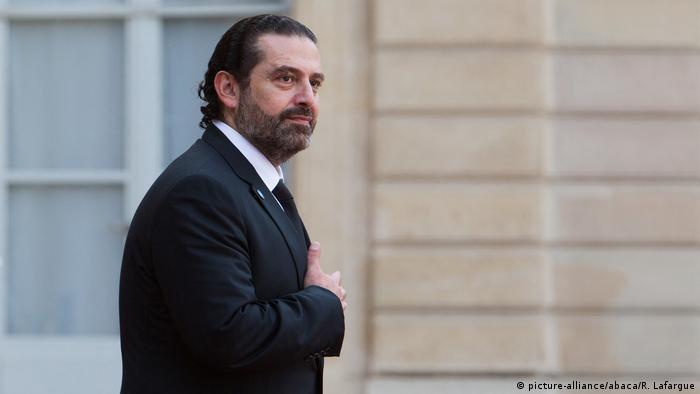 Lebanese Prime Minster Saad Hariri made the private payments totaling some US$16 million (€14.6 million) prior to his current term of office, according to a New York Times report based on court documents the paper has seen.

A tax case forced the model, Candice van de Merwe, to disclose the payments Hariri made to her from his private wealth in 2013, after his first term from 2009-2011 and before returning to leadership in 2016.

The pair reportedly met while on holiday in the Seychelles. It was not immediately clear why Hariri, the billionaire son and scion of former Prime Minister Rafik Hariri, made the payments. Van de Merwe had insisted to tax authorities she was not required to pay taxes on the amount because it was a gift.

The transfers were not illegal but the revelation comes as Lebanon stares down national bankruptcy, protesters rail against austerity and Hariri's own business empire struggles.

Forbes valued Hariri's wealth at US$1.5 billion last year, but his family's construction conglomerate, Saudi Oger, reportedly folded in 2017 leaving wages unpaid, while workers at his Future TV network were striking for months over salaries owed before it temporarily closed in September.

Hariri responded indirectly on Twitter, vowing to continue to work through Lebanon's difficult financial situation despite "campaigns they launch against me," but did not address the allegations specifically.

Reactions on social media ranged from moral shock to mockery, while many comments fell along established political lines.

Others questioned the timing of the US report, as Hariri had already been named in local South African reporting in 2018.

Coming at a moment when protests against deteriorating living standards have come up hard against an economic crisis that may see the devaluing of the US dollar-pegged lira and Hariri's own drive against corruption, the scandal has piled pressure on the top Sunni leader in Lebanon's confessional system.

Moreover, Lebanon‘s distribution of wealth and income is among the most unequal in the world, according to a recent study by Lydia Assouad from the Paris School of Economics.

"My instant gut reaction was 'he's dead,'" Lebanon researcher Heiko Wimmen told DW in reference to what the scandal means for his public reputation.

"He's the leader of the Sunni component, he's supposed to be socially conservative, he's Saudi Arabia's man in the end. This should be completely unacceptable," Wimmen said. "But there is no alternative political figure in the Sunni field."

Read more: Hezbollah: What good would a German ban do?

'If Hariri resigns, the government will fall'

Lebanon's confessional constitution effectively requires a Christian to be president, the speaker of parliament a Shia Muslim and the prime minister to be Sunni Muslim. President Michel Aoun, a Maronite Christian, is allied with Islamic paramilitary organization Hezbollah, as is the parliamentary speaker, Nabih Berri.

In February, some nine months after the country had held its first parliamentary elections in nine years in May 2018, the prime minister unveiled the coalition government agreement that followed months-long tug-of-war to determine the allotment of power. The election results included gains by the Iran-backed Shiite Hezbollah and losses by the country's largest Sunni party — which Hariri leads.

Thus, due to the unique setup of Lebanon's government and the fragile alliances that buttress it, a prime minister stepping down would have considerable consequences. "If Hariri resigns, the government will fall inevitably. There's no way to form a government that is substantially different from the current one," Wimmen said. "You can't form a government without Hariri."

But without the protection of the prime minister's allies in France, Saudi and the US, the alternative scenario of a Hezbollah-controlled government with a puppet installed as PM would be poor strategy for Hezbollah, making it a clear target for American sanctions.

Lebanon's Saad Hariri in 'constant fear of his life,' he tells French magazine

Just days after his return to Lebanon, Prime Minister Saad Hariri tells a French news magazine that he is constantly afraid of being killed. He also criticized Hezbollah for interfering abroad. (30.11.2017)