Two aides to a Lebanese minister have been killed in a shooting incident. Refugee Affairs Minister Saleh al-Gharib, a member of the Druze ethnic group, said his group came under attack on its way to a mountain village. 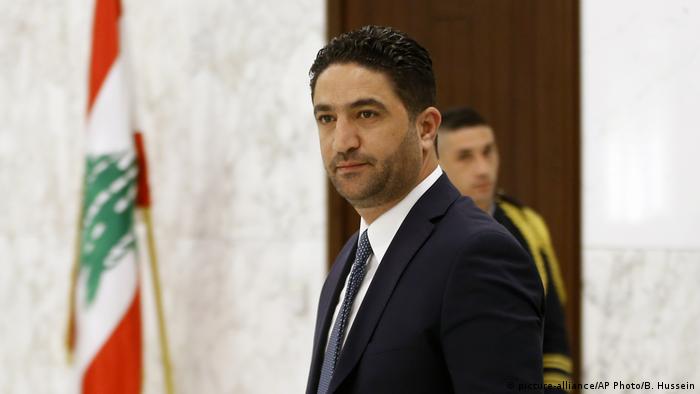 Minister for refugee affairs Al-Gharib was in the convoy, but escaped unhurt

Al-Gharib's convoy came under fire as it passed through the mountain village of Qabrshmoun, near the capital, Beirut.

The minister, who escaped unharmed, said the incident appeared to have been aimed at increasing tension in the Mount Lebanon area.

Al-Gharib, a minister of state for refugee affairs and a member of the Druze ethnic group, said the incident had been "an armed ambush and a clear assassination attempt."

However, the Progressive Socialist Party (PSP) said the shooting started after al-Gharib's guards opened fire "randomly" at a group of people who were blocking the road.

The shooting took place after supporters of the PSP — led by another Druze politican, Walid Jumblatt — gathered to close roads and stop a visit to the area by Foreign Minister Gebran Bassil, a party colleague of al-Gharib.

According to Lebanon's Naharnet online news site, Lebanese Democratic Party sources said the assassination effort was aimed at Bassil. The sources said the gunmen did not know the convoy belonged to al-Gharib.

The Druze — who make up a large part of the population in the Aley district where the incident took place — follow an offshoot of Shiite Islam, but are bitterly divided over the war in neighboring Syria. Some, including al-Gharib, support the regime of Syrian President Bashar al-Assad, while others are opposed to the administration in Damascus.

Some of the worst fighting during Lebanon's 1975-1990 civil took place in the Mount Lebanon area, where tensions remain high decades later.

Lebanese Prime Minister Saad Hariri called security chiefs and officials from the rival parties, urging them to restore calm after the incident.

Since January, Lebanon has been governed by a national unity cabinet which includes al-Gharib's Free Patriotic Movement and the PSP, as well as other parties from across the political divide.

Some 128,000 people are thought to have been murdered in Syrian jails at the hands of the Assad regime. Thousands were tortured to death. Now, Europe is leading the charge to bring the perpetrators to justice. (21.05.2019)