Natural disasters killed almost 300,000 people and harmed nearly 208 million others in 2010, a report by a UN agency has found. It was the deadliest year in at least two decades, and the report warns of worse to come. 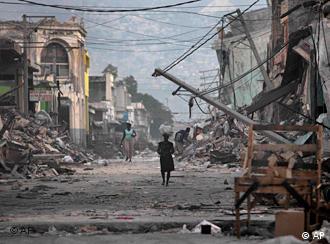 The Center for Research on the Epidemiology of Disasters (CRED) counted 373 natural disasters in 2010. They claimed the lives of 296,800 people and left many millions more homeless or injured.

The earthquake in Haiti in January and the Russian heat wave in the summer caused most of the fatalities, according to the report published on Monday.

The UN's Assistant Secretary-General for Disaster Risk Reduction, Margareta Wahlström, said these figures were likely to get worse in coming years.

"These figures are bad, but could be seen as benign in years to come," she said. "Unless we act now, we will see more and more disasters due to unplanned urbanization and environment degradation."

Weather-related disasters are expected to rise due to factors such as climate change, she added.

According to the World Meteorological Organization, La Nina, a climate pattern that is thought to be linked to floods and landslides in Colombia in 2010 and the more recent floods in Australia, is likely to continue at least until the first quarter of 2011. 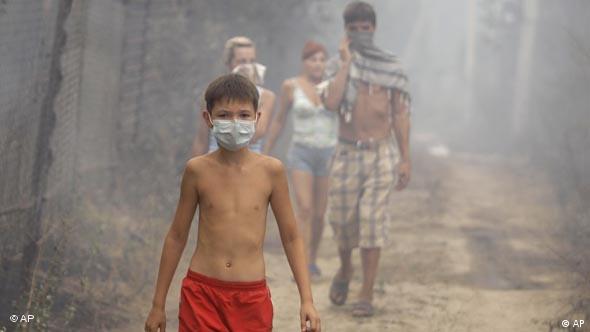 The heat wave in Russia caused numerous fires and about 56,000 people died

Wahlström said disaster risk-reduction should no longer be consider "optional."

A view echoed by Debarati Guha-Sapir, CRED's director and a professor at the University of Louvain in Brussels.

"We need to act now and show results soon. It is important that we clearly understand the direct causes of deaths and destruction of livelihoods from natural disasters, so we can act on them effectively."

The Americas headed the list of the world's worst affected continents for the first time, as Haiti's earthquake caused 75 percent of the deaths with about 222,500 fatalities.

Europe was next with Russia's heat wave claiming some 56,000 deaths in 2010. Other extreme climate events in Europe included storm Xynthia in February, heavy floods in France in June and the extreme weather conditions all over Europe in December.

Asia was hit by fewer disasters but was the most-affected region, accounting for 89 percent of all people affected by disasters in 2010. Five out of the top ten disasters happened in China, Pakistan and Indonesia.

Brazil is facing up to the worst-ever natural disaster in its history as reports suggest more than 500 people have been killed by deadly mudslides in the Serrana region just north of Rio de Janeiro. (18.01.2011)

UN warns that Pakistani disaster is 'far from over'

After being slammed for not being around when the worst floods in Pakistan's history hit, President Zardari has finally flown to the disaster zone. The UN has appealed for $460 million (360 million euros) in aid. (12.08.2010)