The Nigerien army wants to expel Boko Haram from islands in Lake Chad. Thousands of people were ordered to leave their homes ahead of a planned offensive. The evacuation was poorly prepared, say human rights activists. 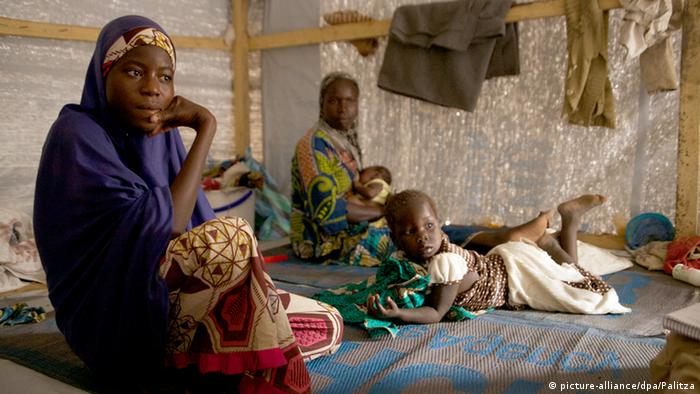 Moussa Tchangari is furious as he describes how the evacuation was carried out. It would be more appropriate to call it an expulsion, the head of the Nigerien NGO Alternative Citizens' Space said in an interview with DW. "Nothing was organized. The government issued a kind of threat, saying that whoever does not leave the islands by Monday evening will be regarded as a Boko Haram member or sympathizer."

The action affected some 100 villages spread across 74 islands in Lake Chad on the border with Nigeria and Chad. The evacuation of Nigerien islanders and Nigerians who had fled there from attacks by Boko Haram militants in their homeland was intended to prepare the way for a planned offensive by the Nigerien military against the islamists. The swampland in the area is used by the terrorists as a base to which they can retreat and regroup. It was from there, in the early hours of 25 April, 2015, that they attacked the island of Karamga, killing at least 46 Nigerien soldiers and 28 civilians. It was Boko Haram's most serious attack so far in Niger. The government decided it was time to retaliate.

To remove people from the line of fire was a good decision, says Tchangari. But the way in which the Nigerien government went about it showed a complete lack of responsibility. 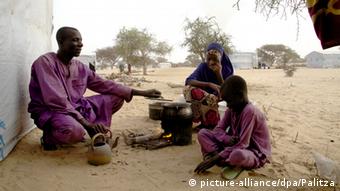 Island residents had to organize their own crossing to the mainland. Depending on where they reached land, they had to walk up to 50 kilometers (31 miles) to the town of N'Guigmi. There are now an estimated 10,000 arrivals in the town. For Tchangari, they are not being treated as human beings with rights, among other things, the right to be treated with respect.

For Karl Steinacker, representative of the UN refugee agency UNHCR in Niger, the situation "is extremely difficult." In an interview with DW's AfricaLink program, he said the main problem was the lack of preparation. The island population had complied with the instruction to leave but "there is basically nothing in place to receive them. If this had been better prepared, a lot of hardship could have been avoided […] It's between 40 and 50 degrees Celsius (104 to 122 degrees Fahrenheit) during the daytime. The people arrive in a desert-like area without shade," Steinacker said.

Regional governor Yakouba Toumana Gao rejects all such criticism, claiming that the Nigerien state had provided the regional authorities with food and everything that was necessary. Contact was being maintained with the government and with humanitarian workers in N'Guigmi and the Nigerien prime minister had been to see for himself earlier in the week. Confronted with the criticism that the islanders had had to organize their own transfer, his response was short and simple: "They are fishermen, they all have a boat." 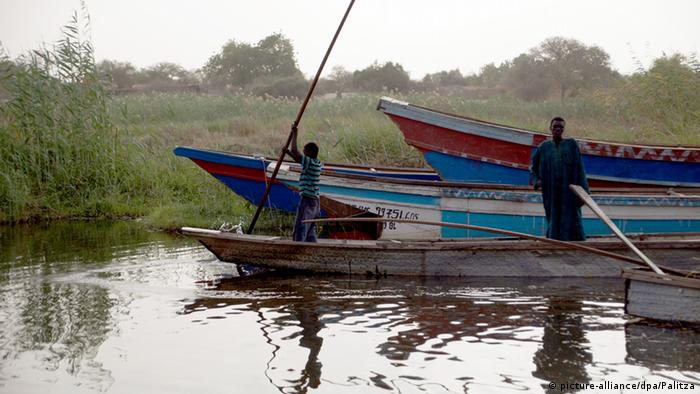 Where to go from here?

Steinacker said the UNHCR was talking to the people arriving in N'Guigmi "in order to ensure they are coming voluntarily. As a Nigerian in Niger you have a choice. You can stay in Niger if you move to a refugee camp, but these people we are talking about, who have been fishing in the lake, they say that now they can no longer fish, they have no interest in staying in Niger and would prefer to return to Nigeria."

For the Nigerien fishermen and their families, it is unclear whether and when they will be able to return home. At the start of the week, Governor Gao told DW that they could go back "as soon as the military has cleaned up everything there." Since then he has made no further comment on the duration of the operation.

Niger has been coming under increasing pressure from Boko Haram. But at the same time, offensives by the Nigerian army, carried out with the support of Chad, Cameroon and Niger appear to be weakening the militants.

Women and children who had been captured by Boko Haram fighters were receiving medical treatment and tests at camps in Nigeria's northeast. The country's military has freed hundreds of hostages in recent days. (04.05.2015)

Nigeria has reportedly recaptured 36 towns from Boko Haram. The successes come after the start of a four-nation military offensive with Chad, Cameroon and Niger. (11.03.2015)