Kuwait Airways canceled an Israeli passenger's ticket because of their citizenship. Nothing wrong with that, said a court in Frankfurt — and provoked an outcry. 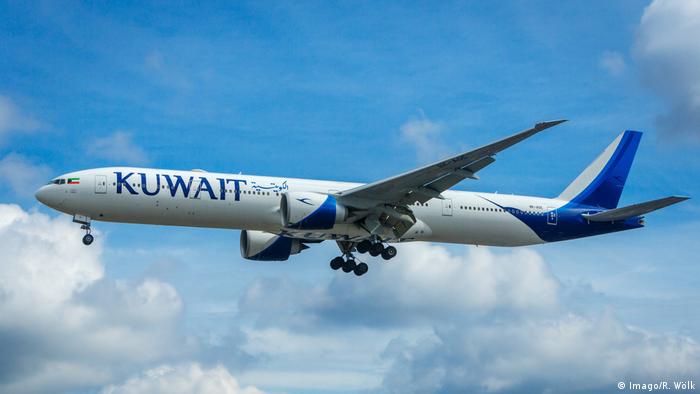 A court in the German city of Frankfurt ruled on Thursday that Kuwait Airways was within its rights to refuse to transport an Israeli because of their citizenship.

In its judgement, the court said it was "not reasonable" for the airline to transport a person if doing so risked severe legal consequences for its employees in Kuwait.

The passenger had sued the airline for discrimination after it refused to fly him from Frankfurt to Bangkok via Kuwait City in 2016.

The details of the ruling

The case in Frankfurt follows similar discrimination cases against Kuwait Airways in Switzerland and the US. Courts in those instances ruled against the company.

The Israeli's lawyer, Nathan Gelbart, condemned the judgement. "This is a shameful verdict for democracy and for Germany in general," he said. "This verdict cannot stand."

Frankfurt Mayor Uwe Becker echoed the sentiment, saying: "To my mind, an airline that practices discrimination and anti-Semitism by refusing to fly Israeli passengers should not be allowed to take off or land in Frankfurt, or at any other airport in Germany."

Thousands of Palestinians took to the streets to demand an apology from the United Kingdom for endorsing the creation of a Jewish state in Palestine. The 1917 document helped lay the legal foundation for today's Israel. (02.11.2017)

Press Statement from the Frankfurt am Main Regional Court (German-language)