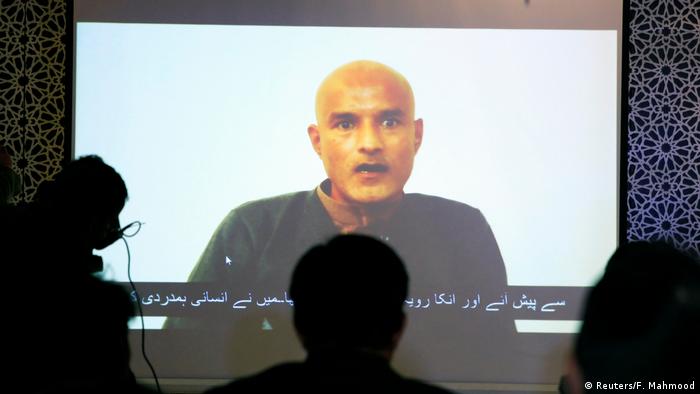 The Hague-based International Court of Justice (ICJ) ruled Wednesday that Pakistan violated the consular rights to Kulbhushan Sudhir Jadhav and must review the death sentence of the alleged Indian spy.

The tribunal in The Hague ordered an "effective review and reconsideration of the conviction and sentence of Mr Kulbhushan Sudhir Jadhav," according to a document on the court's website.

India hailed the ICJ ruling as a "complete victory."

"By ordering Pakistan to follow the Vienna Convention this is a complete victory for us. This opens up the possibility of consular access and a retrial in a civilian court," an Indian government official said, adding that "if Pakistan wants improved relations it should set him free and give him safe passage back to us."

"The ICJ in its judgment announced today regarding Indian serving Naval Commander Kulbhushan Jadhav has decided not to acquit/release him… Having heard the judgment, Pakistan will now proceed as per law," Pakistan's foreign office said in a statement on Wednesday.

In April, 2017, a military court sentenced Jadhav to death, a verdict that angered Indian authorities, who believe that if the ruling was carried out, it would substantially damage ties between the two nuclear-armed countries. 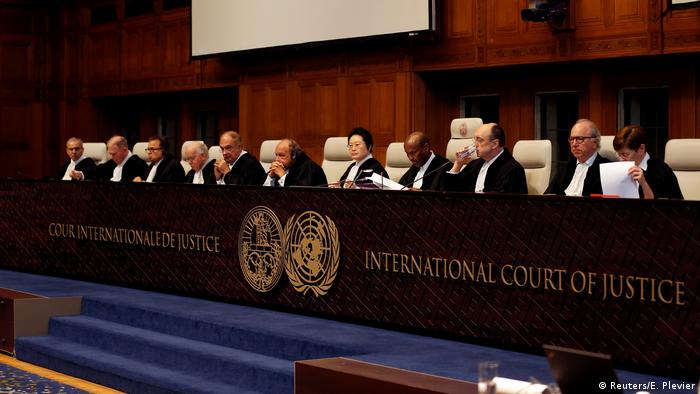 Eventually, New Delhi sought the intervention of the ICJ, which ordered Islamabad not to execute the Indian national until it passes final judgment in the case.

India insists Jadhav was wrongly convicted for spying in a "farcical trial." At the UN court, India's legal team focused its arguments on Pakistan denying Jadhav access to legal counsel and consular access, and refusing to reveal the charges or evidence against him. In so doing, it stated that the Pakistani government had committed "egregious violations of the Vienna convention" and "deprived" the Indian national of his rights and protection accorded under the international treaty.

Jadhav's death sentence also turned international focus on Pakistan's military justice system. Activists deride them for their "extra-constitutional" character. Rights groups say under the military court system, civilian defendants are barred from hiring their own lawyers, media outlets are not allowed to observe proceedings, there is no right to appeal, and the military tribunal judges — who do not necessarily hold law degrees — are not required to provide reasons for their verdict.

Not a clear verdict?

Ali K Chishti, a Pakistan security analyst, told DW that Islamabad can take heart from the ICJ verdict as the UN court did not ask to free Jadhav. "The judgment was pretty much expected. Whereas the ICJ directed Pakistan to allow consular access for Jadhav and suspend the military court's judgment, it did not nullify terrorism charges against him," Chishti said.

"The fact that that ICJ didn't ask Pakistan to release Jhadav, something that India wanted, is a victory for Pakistan," he added.

Amjad Shoaib, a retired Pakistani military general, also thinks that ICJ's verdict was not in favor of India. "India says Jadhav is innocent, that he is not involved in spying, and be should be released. The judgment does not demand Pakistan to hand over Jadhav to India," Shoaib told DW's Islamabad correspondent, Haroon Janjua.

But Chishti said it is time that the Pakistani government give concessions to Jadhav and India. "But it won't be easy for Prime Minister Imran Khan or even the military as both India and Pakistan need to take measures to ease the overall hostile environment."

Jadhav's case is only one of an array of disputes hindering closer ties between the South Asian archrivals. Relations between them have been strained over the past couple of years.

The major bone of contention between the two has always been Kashmir. India and Pakistan have fought two of their three wars since independence in 1947 over Kashmir, which they both claim in full but rule in part.

Following a deadly suicide attack in February on Indian paramilitary police in the disputed Kashmir region, Indian fighter jets entered Pakistan and launched airstrikes. A few days after the strike, Pakistan's air force shot down an Indian fighter jet and captured its pilot.

Experts say that by irrespective of the legal complications, Pakistan can now ease tensions with India by freeing Jadhav as a goodwill gesture.