A Moscow court has ordered the sentencing of Kremlin critic Alexei Navalny more than two weeks earlier than planned. His supporters have rescheduled a protest originally planned for his sentencing date in January. 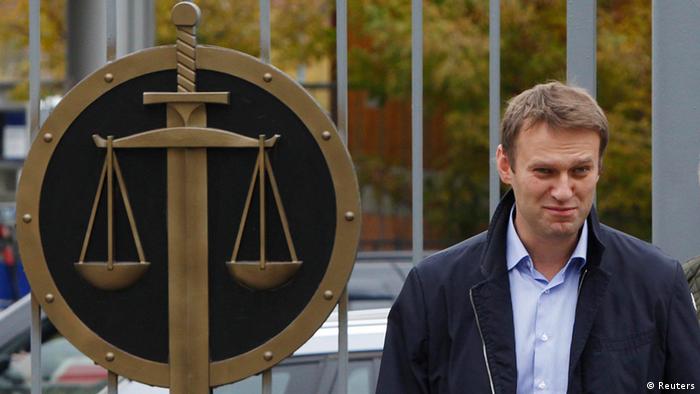 Tens of thousands of Kremlin critic's supporters had vowed to attend the protest rally on January 15 after a Facebook event was organized to protest near the Kremlin on the same day that the sentence was to be announced.

In a tweet on Monday, Navalny said: "Sentence tomorrow at 9 in the morning (0600GMT)"

A spokeswoman for Moscow's Zamoskvoretskiy court, Yulia Petrova, said later on Monday that Navalny's sentence would be announced on December 30 "because the sentence has already been drawn up."

The lawyer and popular blogger rose to prominence due to his investigations of official corruption and his leading role in organizing massive anti-Putin demonstrations in Moscow in 2011 and 2012.

In 2013, in a different criminal case, Navalny was found guilty of embezzlement and sentenced to prison, but he was released the next day after thousands of people protested in the streets of Moscow. He was then handed a suspended sentence and finished a strong second in Moscow's mayoral election in September 2013 with 27 percent of the vote.

Earlier in December, prosecutors asked the court to convict Alexei Navalny of defrauding two companies and to sentence him to 10 years in prison. Prosecutors are also demanding an eight-year prison sentence for his brother Oleg who is also on trial for the same charge of stealing 30m roubles ($526,000) from two firms.

Navalny, who is under house arrest, has called the charges against him ludicrous. The open critic of Vladimir Putin has previously said that the Russian president himself will personally decide his fate.

On Monday, Navalny also re-tweeted a tweet from a satirical Twitter account which parodies the Russian foreign ministry feed. Above a picture of a smiling Putin, raising a glass of wine, the tweet said: "Dear Russians, your verdicts have already been prepared. It's just not all of you know about it yet."

In response to the Russian authorities' surprise move on Monday, Navalny's supporters quickly launched a campaign to organize another demonstration in the same location at 7 p.m. local time (1600GMT) on Tuesday.

"We have no choice, we need to come out tomorrow and show how numerous we are," organizers said on Facebook.

Just hours later, more than 7,700 people had signed up to the event to rally near the Kremlin, even though participants in unauthorized protests face heavy fines and potential prison sentences.

Russian opposition leader Alexei Navalny has been found guilty of slandering a municipal lawmaker and ordered to pay a fine. Navalny will be back in court on Thursday to face embezzlement charges. (22.04.2014)