A Russian activist is facing a total of 10 years in prison on fraud charges. Prosecutors asked a Moscow court to convict Alexei Navalny who had already been handed a suspended sentence on embezzlement charges. 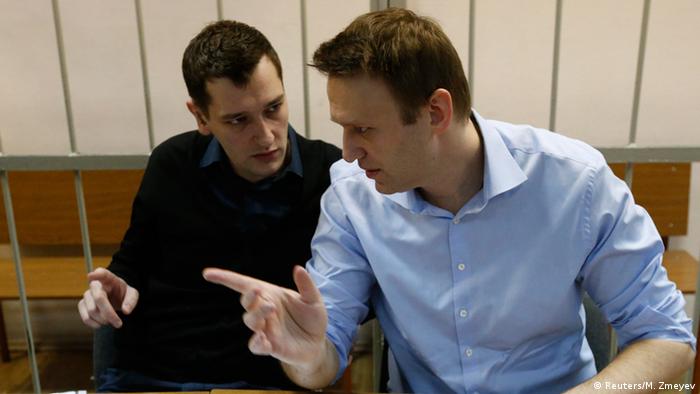 Wrapping up their closing arguments in a Moscow courthouse on Friday, prosecutors called on the presiding judge to convict Alexei Navalny, and his brother, Oleg, (photo) for fraud.

"The guilt of the defendant has been fully proven," prosecutor Nadezhda Ignatova told the court.

She called on the judge to sentence Alexei Navalny to 10 years in prison for stealing 30 million rubles (414,000 euros, $500,000) from an affiliate of French cosmetics company Yves Rocher and another firm between 2008 and 2012.

Ignatova told the court he should be handed a nine-year sentence for this offense, plus an additional year for a previous conviction, in which he was found guilty of embezzling 16 million rubles from a state-owned timber company.

The court that handed down that sentence initally gave Alexei Navalny a five-year prison term.

However, this was reduced to a suspended sentence a day after thousands of people took to the streets of Moscow to protest. He is currently under house arrest.

The two brothers have both denied the charges against them.

Alexei Navalny reacted to the prosecution's demand on social media.

"You need to look for good in everything," he said via the micro-blogging website Twitter. "At least it's easy to work out how old you'll be when you come out."

Navalny, a well-known anti-corruption blogger, was also a key figure in the protests against Vladimir Putin's return to the presidency in 2012.

He has described the court cases against him as being politically motivated.