Police in Kosovo say they have thwarted a possible terrorist attack. The suspect is thought to have been planning a bombing in Pristina on Christmas Day. 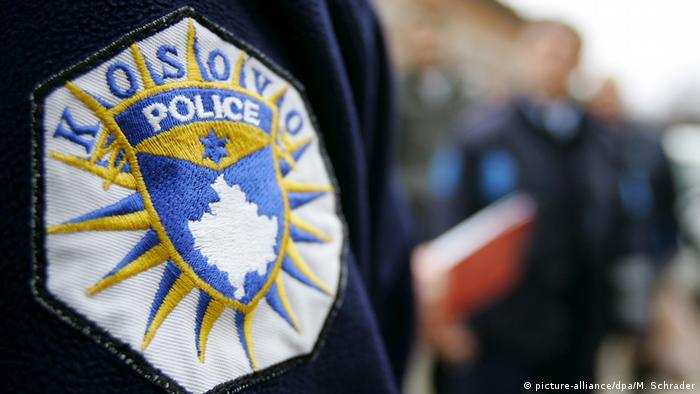 Kosovo's Interior Minister Skender Hyseni told a news conference on Friday that police had arrested a suspect after stopping his car in the capital, Pristina, on Thursday evening. He said police discovered and seized 12.2 kilograms (26.5 pounds) of explosives in his car.

"We suspect the clear aim of this person was to commit a terrorist attack," Hyseni said, noting that had this quantity of explosives been "detonated in a public place, human casualties would have been enormous."

He also said the suspect was "a citizen of Serbia … with permanent residence in Belgrade and Belgrade license plates on his car."

Kosovo's prosecutors' office has launched an investigation into the matter.

Police spokesman Baki Kelani told reporters that the suspect was taken into custody while driving through a part of Pristina that is home to many embassies and diplomats' homes. An unnamed police source told the AFP news agency that the explosives "could be ignited remotely" and were "of a type and quantity suitable for the destruction of large objects."

Neither the interior minister nor the police gave any indication as to a potential target due to the ongoing investigation, but local media have speculated that it may have been the Catholic cathedral, located not far from where the suspect was arrested and which was packed with Christmas Day worshippers at the time.

Security remains fragile in Kosovo, almost seven years after the former Serbian province unilaterally declared its independence from Belgrade. Around 5,000 NATO troops remain stationed in the small Balkan country, which has been recognized by the US and most EU countries, but not by Serbia. Tensions remain high between Kosovo's ethnic Albanian majority and its Serb minority, particularly in the north of the country, where Serbs, who still regard Belgrade as their capital, are in the majority.

Belgrade lost control over Kosovo when a 1999 NATO bombing campaign ended an inter-ethnic conflict there, after which the territory was placed under United Nations administration.

Both Serbia and Kosovo hope to eventually be granted membership in the European Union.

The first visit to Belgrade by an Albanian premier in seven decades has resulted in a public row over Kosovo. The two sides had been hoping to use the meeting to open a more harmonious chapter in their troubled ties. (10.11.2014)

Albanian Prime Minister Edi Rama has postponed a visit to Serbia, amid political tensions between the two countries following violence at a football match. Nationalism on both sides is on the rise. (20.10.2014)

The European Union has extended its rule of law and justice mission in Kosovo to June 2016. EULEX chief Bernd Borchardt told DW what that means for the youngest state in Europe. (15.06.2014)