Pope Francis has called for a new form of capitalism based on social solidarity principles. Italian fashion designer Brunello Cucinelli has been doing this for years, now he wants to take universal humanism even further. 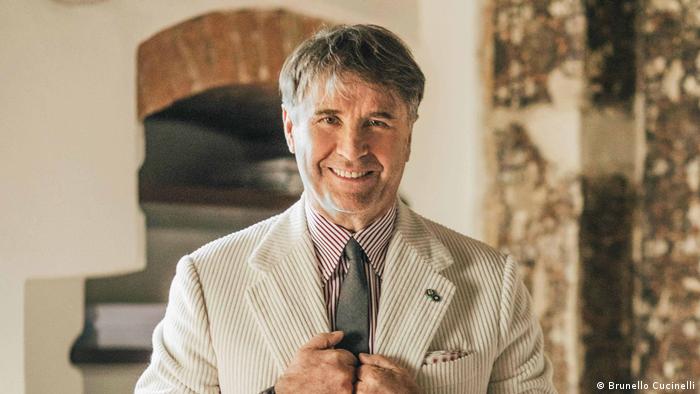 In his new encyclical "Fratelli Tutti," Pope Francis wants humanity to be at the center of a new world order. The fashion company of Italy's "King of cashmere" Brunello Cucinelli is proof that solidarity based, sustainable capitalism can actually work. According to Forbes, Cucinelli is among the 30 richest Italians. We talked to the "humanist entrepreneur" and asked him how he envisions the capitalism of the future.

DW: In his new encyclical Pope Francis warns against economic selfishness, which continues to wreak havoc in the world. Your humanistic style of enterprise, as you call it, is a kind of practical implementation of the Pope's demands. What are the distinguishing features of your company?

Brunello Cucinelli: My humanistic corporate style means making fair profits. Fair profits must be made throughout the supply chain. Those who raise the cashmere goats should work in humane conditions — with decent jobs and a decent wage. We meet with the suppliers personally and under friendly circumstances. 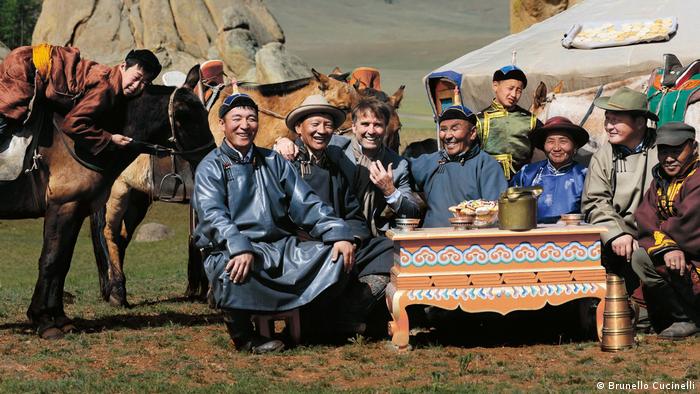 Brunello Cucinelli with suppliers in Mongolia

If the supplier earns from the trade, the worker earns, the industry earns and the goat farmer earns. Everything is based on respect for the moral and economic dignity of every person in this value chain.

The respect of the human being is central in my business philosophy. Profits that my company makes must be sustainable — not only sustainable, but also healthy and balanced without harming humanity. Behind this is the idea that we are all brothers.

You are also called a Franciscan entrepreneur. Why?

I think, mainly because in my business I try to build human relations according to the idea of St. Francis of Assisi. He treated all his brothers equally, rich or poor. Around 1220, Francis of Assisi met the Sultan Al Kamil and they became friends. Francis of Assisi was a genius of interpersonal relations. We can learn from this, because today we need to rediscover human relationships. I come from the Italian region of Umbria. Therefore, I grew up in a culture that was strongly influenced by Franciscan and Benedictine values.

In the first part of my life, until I was 15, I lived in the countryside. We were farmers. We tilled the land with animals and had no electric light. It was a completely different atmosphere of life. I tell you about this first formative part of my life because it was fundamental for my personal development. 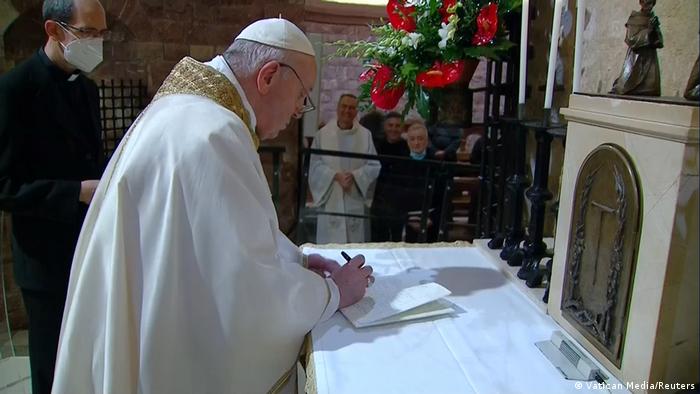 How can a more fair form of capitalism work?

We need to find a new fair form of entrepreneurship and coexistence. Each one of us. We need a prophetic vision that applies to all. Pope Francis talks about the great issues of humanity. He has a great vision for the world.

I myself dream of a new form of capitalism — a universal humanism. From Pericles, Socrates, Plato and Aristotle to the great English philosophers and the Frenchman Jean-Jacques Rousseau, they all tried to formulate a universally valid social contract. This idea must be further developed today. I believe that the time has come for a new version of the social contract. 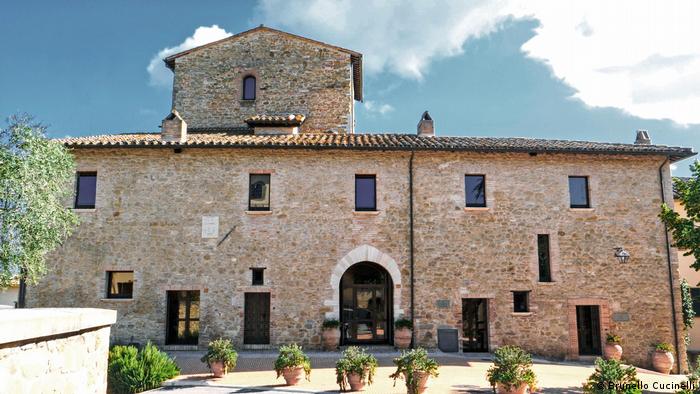 We need to define a new social contract with creation. This is the first time I am saying this in an interview. In it every part of creation must be considered — animate and inanimate things. It should no longer just be a social contract between people, but between living creatures as well as the environment itself. Between nature — the sea, the air, the mountains — animals — the insects, the fish — and people.

Brunello Cucinelli published his idea for a 'New Social Contract with Creation' on Instagram.

How do you understand the solidarity based capitalism?

Every human being is dependent on profits. My company must also make profits, but it must do so with respect for human dignity and be morally acceptable. We want to make profits without harming humanity — or at least as little as possible. Therefore, we also have to give something back to the community. 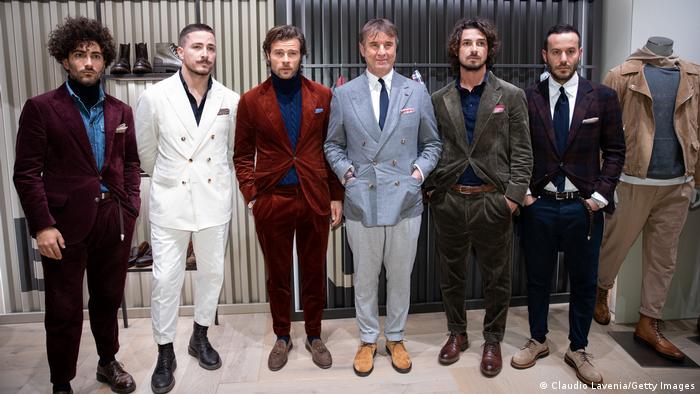 A fashion collection presented in Florence in January 2020

How do you ensure that the Mongolian goats that you get the cashmere wool from are kept ethically and that the workers in the Mongolian factories are fairly paid?

We know who we buy from in Mongolia. Once a year we go there and select suitable farms. Of course, you have to check and see for yourself! You have to ask the suppliers to behave well, especially during this pandemic. In difficult times we try to support them.

The winters there are sometimes 48 degrees Celsius below zero. Of course, we can't see everything 100%, but for 30 years we have had the same suppliers with whom we have tried to build up a healthy and balanced relationship — economically and humanly. 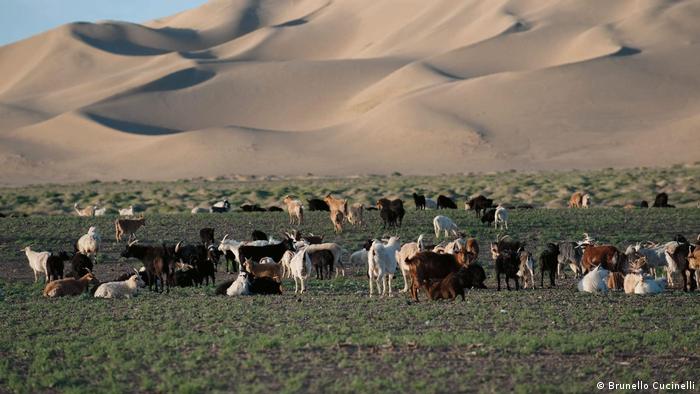 Goats in Mongolia supply much of cashmere that Cucinelli needs

Your company is also listed on the stock exchange. Is there a conflict with your humanistic business style?

In my youth I experienced how my father was humiliated at work. I heard him say, with tears in his eyes, "What have I done to God to be so humiliated?" That was enough for me. Since then I have sworn to myself as an entrepreneur to always do the opposite.

My company makes normal profits and yes, we are listed on the stock exchange. So it's not like we are a simple, private company either. This shows that there can be a company listed on the stock market that makes healthy profits while respecting human dignity.

Three years ago, the famous Kiel Institute for the World Economy awarded me an important prize and honored me for my humanistic corporate style. This year, too, during the pandemic, my corporate style has stood its ground. We have not laid anyone off since March, we have paid everyone the same salary as before and continue to guarantee it.

We have also not asked anyone to cut back. We have sent the surplus goods from the stores of the last six months [worth €30 million, $35 million] to needy people all over the world. Our company, which has been in existence for 41 years, has only been on the stock market for 10 years. I don't think there has been much speculation with our company. We have always made fair profits. This year we will make a little less. But the coronavirus pandemic will pass. It is not as fatal as the financial crisis of 2008. 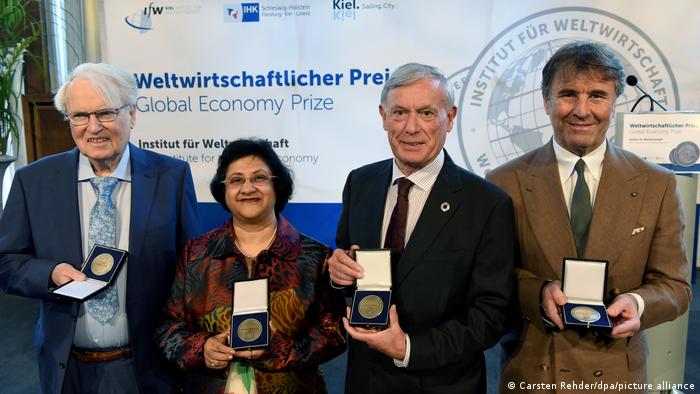 Oh yes! With this pandemic, the world has asked us for help. As a grandfather of three grandchildren, I like to imagine what the world will look like in 50 years, in 70 years. I would like to be a little guardian who helps to design the future.

I am sitting here in the town of Solomeo, in a 13th-century tower. Imagine, how many people once lived here. Someone built this village, then somebody restored it, then we came and restored it, too. Someone will also come after us.

It is like this: We are either guardians or owners of what we have. I want to be a guardian, a little guardian of humanity. I brought this to my friend Jeff Bezos and told him: "When I come to Seattle in five years, I want to see something special — something that will be created for those who come after us!"

The interview was conducted by Kevin Tschierse and translated from Italian.

Brunello Cucinelli is an Italian fashion designer, entrepreneur and philanthropist. In 1978, he founded Brunello Cucinelli S.p.A. and is still chairman. The company has been listed on the Milan Stock Exchange since 2012.

German companies are not doing enough to ensure their foreign partners respect human rights, according to a government survey. The findings come amid renewed calls for a global supply chain law to protect workers.