Certain developments in Russian society are surprising to Mikhail Khodorkovsky. In an interview with DW, the Putin critic addresses the main problem with the Russian government. 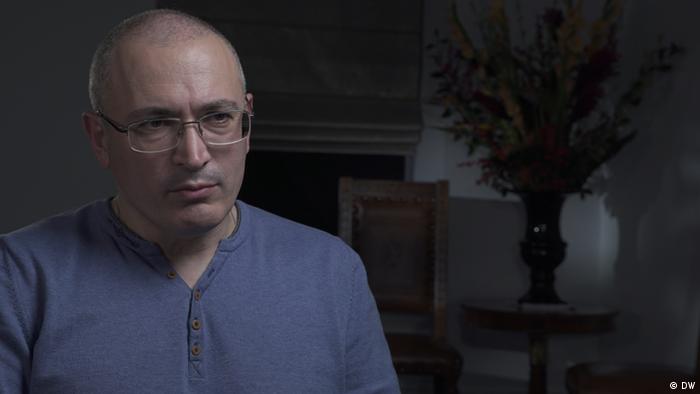 Deutsche Welle: Mr. Khodorkovsky, you used to be a businessman, and now you're a philanthropist. What kinds of difficulties are you facing in your work with Russian society?

Mikhail Khodorkovsky: The fact that the mentality of the Russian people changed so radically with the start of the Ukraine conflict came as a complete surprise to me. I didn't think our society would suffer so much from Weimar syndrome. I also didn't think that social engagement could be so ineffectual and unproductive, and yet so under the influence of massive competition - even in comparison to the business world. I thought that things would be friendlier, given that people who share the same views are working together. I'll probably start becoming more nostalgic for my years as a businessman.

Do you know how decisions are made in the Kremlin and the presidential administration? What role does Vladimir Putin play? Can you predict what decisions are being made?

Looking at it today, you can't predict every concrete step, but you can see the general direction. The main problem of the government that Putin has built is that it lacks every form of legitimacy. There's just Putin, and his performance in the polls. The entire army of civil servants takes its orientation from two aspects. The first is what Putin says. The second is their own pocket. Since Putin is only human and not used to hard work, there are only a limited number of issues he concerns himself with. Right now, it's foreign policy. He puts less weight on domestic issues. As a result, domestic policy is devolving into a battle between different groups for self-preservation. And they'll use any means possible. The regional leaders want one thing, the representatives of the military and secret services want another, and the heads of an industry - including those in Putin's inner circle - want something else. Domestic policy is being shaped within this battle for resources. That's something we're going to experience in the elections in 2016. When it comes to Putin's foreign policy decisions, it's plain to see that he is not someone who thinks strategically. He is offered variations of how he can reach a concrete, tactical goal. It's a simple calculation. Putin always makes the decision that will give him the most room to manoeuvre in the step ahead. He almost never varies from this algorithm. 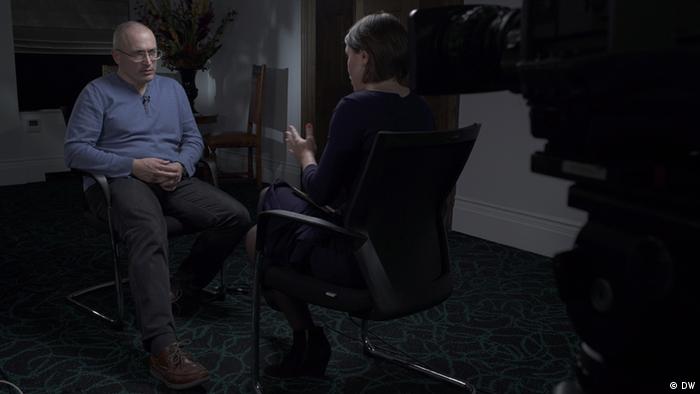 How would you describe the relationship between Putin and the President of Chechnya, Ramzan Kadyrov? What role does Kadyrov play in Russian politics today?

I think that Putin knows very well that he needs a system of mutual control of constitutional bodies. But since there's no legal system of checks and balances as foreseen in the constitution, he's had to create a pseudo-system. And Kadyrov and his cronies play a pretty important role in this pseudo-system. For this reason, he's not prepared to take Kadyrov out of the game and destabilize the system he's made up. You can see that, for example, in the investigation into the assassination of Boris Nemtsov.

What do you make of your own political future?

I was and still am a person who is capable of influencing developments in Russia, and I hope it remains this way in future.

Do you, yourself, have political ambitions? What is your long-term goal?

I don't see any schedule for the coming changes in Russia's political life. I've already said that, for me, 2022 (when presidential elections will be held in which Putin will no longer be eligible to run - Ed.) will be the year that will likely bring change. But it could also come sooner or, unfortunately, later. For me, as an admirer of the writer Mikhail Bulgakov, it would be silly to start making personal plans so far into the future. As Bulgakov said: "Yes, man is mortal, but that would be only half the trouble. The worst of it is that he's sometimes unexpectedly mortal."

Mikhail Khodorkovsky is a former oligarch and CEO of oil giant Yukos, which was dismantled by the Russian state. After being charged with tax evasion and fraud, he was imprisoned in Russia from 2003 to 2013. Amnesty International viewed the Putin critic as a political prisoner. But in 2011, the European Court for Human Rights ruled that his sentence was not politically motivated. In a surprise move, Khodorkovsky was pardoned at the end of 2013. He now lives near Zurich.

'Russia and Ukraine need to talk,' Mikhail Khordorkovsky says in an interview with DW. He said the conflict is not only extremely difficult and dangerous for Ukraine - but also for Russian President Putin. (13.06.2014)

Russian oil tycoon Mikhail Khodorkovsky, who was jailed for a decade on grounds condemned as politically motivated, has applied for residency in Switzerland. He was freed in December, after German intervention. (10.03.2014)

Khordorkovsky arrives in Switzerland, vows to fight for political prisoners

Russian former oil tycoon Mikhail Khordorkovsky has arrived in Switzerland after leaving Berlin. Khordokovsky has said that from there, he plans to fight for the rights of political prisoners in his homeland. (05.01.2014)