Russian oil tycoon Mikhail Khodorkovsky, who was jailed for a decade on grounds condemned as politically motivated, has applied for residency in Switzerland. He was freed in December, after German intervention. 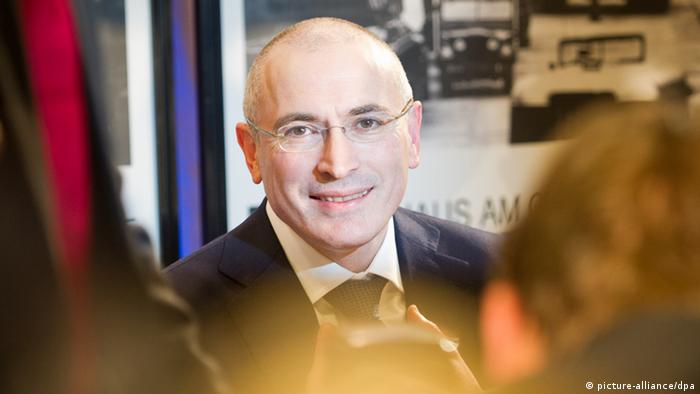 Khodorkovsky had already applied for a residency permit in Switzerland, his spokesman said on Monday, with the wheels already in motion and a decision expected in the near future.

"His application for residency was filed a while ago," said Boris Durande.

The 50-year-old has been living at a Zurich hotel for much of the past three months. His wife is understood to have a home near to Lake Geneva, while his two sons are at school in the country.

Once Russia's richest man as the founder of the former Yukos oil empire, Khodorkovsky was an opponent of President Vladimir Putin and planned to stand to the presidency. His 2003 arrest and the convictions that followed - on charges of fraud and embezzlement - have been condemned by critics of the Kremlin as being politically motivated.

Freedom deal made in Germany

Khodorkovsky had initially been staying in Berlin after he was released from a Russian prison on December 20. However, he had indicated at the time that he wanted to travel to Switzerland to join his family - and was granted a three-month visa.

The 50-year-old was released under a deal that was brokered by former German Foreign Minister Hans-Dietrich Genscher. Khodorkovsky has vowed not to enter Russian politics and says he will not return to Russia again until the authorities there drop multi-million euro lawsuits against him.

However, he has travelled extensively outside his native land since being released and campaigned on political issues. On Sunday in Ukraine, he addressed a rally on Kyiv's Independence Square. Upon arriving in Switzerland in January, he also vowed to fight for the rights of political prisoners.