Khodorkovsky arrives in Switzerland, vows to fight for political prisoners

Russian former oil tycoon Mikhail Khodorkovsky has arrived in Switzerland after leaving Berlin. Khordokovsky has said that from there, he plans to fight for the rights of political prisoners in his homeland. 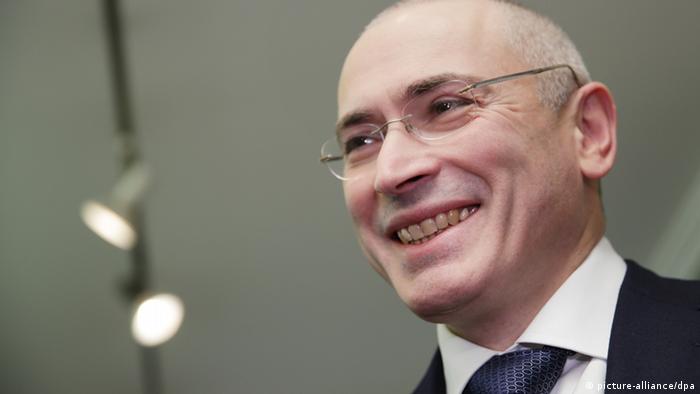 Mikhail Khodorkovsky, who arrived in Switzerland along with his wife and three children on Sunday, told the country’s public broadcaster that he planned to use his new base to work for the rights of political prisoners in Russia.

"You can't live with peace of mind when you know there are political detainees rotting in prison," Khodorkovsky told an SRF reporter, who accompanied him on the train that took them from Berlin to the Swiss city of Basel.

Khodorkovsky also denied that fighting for the rights of political prisoners was a political act.

"I think that working to free people unjustly imprisoned is the duty of every citizen. This has nothing to do with politics," he said.

In a statement posted on his website, Khodorkovsky also expressed his gratitude to the Swiss government for granting him a three-month visa last week.

The statement congratulated Switzerland for "principled positions taken ... over the many years of his unjust imprisonment. The Swiss judicial authorities were quick to recognize the politicised nature of Mr Khodorkovsky's prosecution," it ´said.

Once Russia's richest man, the 50-year-old Khodorkovsky has long-standing business ties to Switzerland, where his wife lives and their twin sons go to school. In fact Khordokovsky said the reason the family had decided to travel to Switzerland at this time was so that his boys could return to school for the start of the next school term. They were also accompanied on the trip by Khordokovsky’s daughter, who resides in Moscow.

It wasn't immediately clear where Khodorkovsky, whose visa is valid for Europe's border-free Schengen zone, plans to reside long-term.

Khodorkovsky had travelled to Berlin within hours of his release from a Russian jail. The former oil magnate served around 10 years of a sentence for financial crimes, but was granted a pardon by Russian President Vladimir Putin last month.

Switzerland has granted Mikhail Khodorkovsky a temporary visa. The former Russian oil tycoon and critic of President Vladimir Putin was released from prison this month after serving a 10-year term for fraud. (30.12.2013)

Khodorkovsky expresses thanks to Germany, the media

At a Berlin press conference, former Russian oil tycoon Mikhail Khodorkovsky has thanked all who helped in his release from prison. But he said time had been too short to decide on his future. (22.12.2013)

Khodorkovsky arrives in Berlin, a day after Putin pardon

Russian oil tycoon and Kremlin critic Mikhail Khodorkovsky has landed in Berlin, a day after his pardon and hours after his release from 10 years in a prison camp. It's not entirely clear why he flew to Germany. (20.12.2013)