While parts of Kenya are becoming drier, a growing number of people are starting to keep camels. The animals are more drought-resistant than cows - and their highly nutritious milk is catching on around the world. 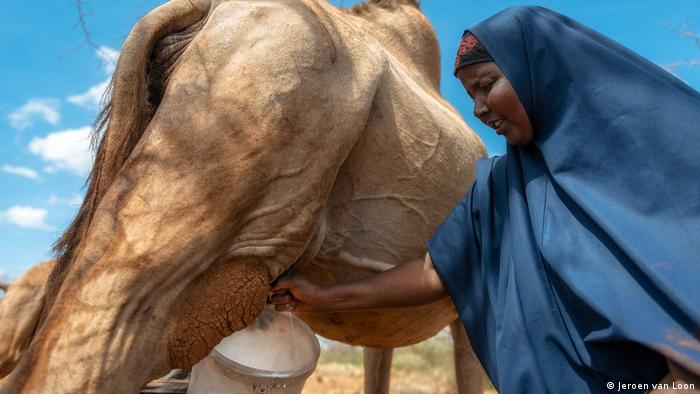 Bone-dry plains roasted by a relentless equatorial sun. At first glance, there's little to be found in the fields near Isiolo, a provincial town about five hours' drive north of the capital, Nairobi. But Mariam Maalim's camels  still manage to find something to eat. They nibble at arid bushes, while the wooden bells around their necks tinkle softly.

"My husband and I had over a hundred cattle until 2005. But as the climate became drier in this region, the cows stopped producing milk, and twenty to thirty of our cows even died every year," says 45-year-old Maalim, dressed in a blue hijab. "This made us decide to shift to camels as they survive without water for over two ­weeks. They continue to give milk, and although they become weak and skinny, they won't die."

Kenyan government data show a trend towards increasing average temperatures in the country over the past decades, and longer and less predictable droughts. And the country's arid and semi-arid lands in particular have undergone a reduction in intense cold temperatures, resulting in a depletion of glaciers on Mount Kenya, Kenya's highest mountain, close to Isiolo. Out of sixteen known glaciers that existed a century ago, only seven remain today, and it is estimated that in the next thirty years, all the glaciers on Mount Kenya will have disappeared, largely because of climate change, while millions of people depend on the mountain for water. 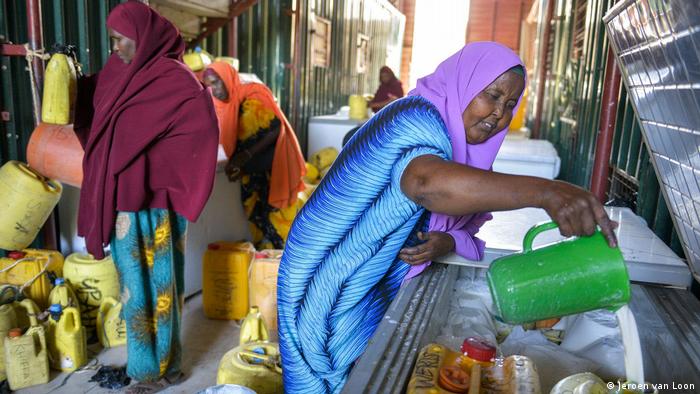 Three times as many camels as ten years ago

In an attempt to adapt to these longer and less predictable droughts, a growing number of Kenyans have started keeping camels. "There are now around three million camels in Kenya, three times as many as ten years ago," says Piers Simpkin, a camel expert who has studied the animals for over thirty years. He adds that camels are extremely drought-resistant. "On average, in a bad drought, a cattle owner will lose fifty percent of his or her herd, while with camels it's rare to lose more than 16 percent."

Even some Masai are starting to see the benefits of the "ship of the desert", as the climate in their region in the south of Kenya is becoming drier as well. However, cows have always played a central role in the Masai culture and camels are considered ugly animals by some. "With camels you always have milk in your house," says 54-year-old Ole Nkiu who decided to buy camels after almost half of his 190 cows died during a severe drought eight years ago. 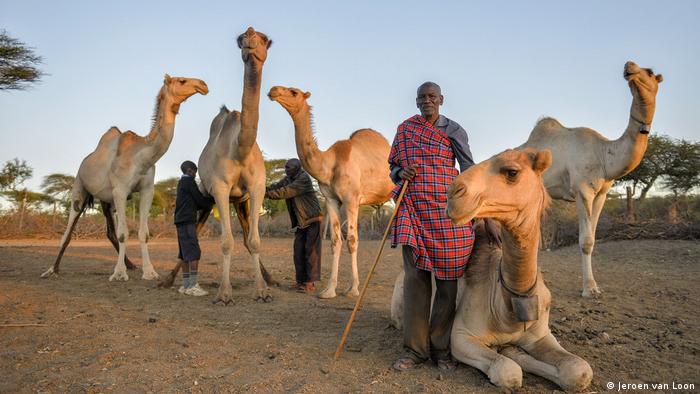 Still, not all Masai are very excited about camels, says Nkiu. "Some years ago, Somali immigrants entered our land with many camels. That same year, the region was hit by a severe drought and since then, many Masai believe that camels cause drought." Masai are also worried that due to camels there won't be enough food for the cows. According to Simpkin, this is a misconception. "As cows and camels eat different vegetation, they can live very well side by side."

In cafés in downtown Nairobi, camel milk is catching on.  ‘Camelcinos' are popping up in Nairobi's cafes alongside the usual cappuccinos. The middle class is developing a taste for camel milk, which has a longer shelf life. Worldwide, a growing number of health addicts are turning to camel milk because of its health benefits. Camel milk is three times as rich in Vitamin C as cow's milk,  rich in iron, unsaturated fatty acids and B vitamins, and is even said to have extra health benefits for people with diabetes, tuberculosis and stomach ulcers.

The flavor of camel milk really varies, Simpkin explains. "If you have a camel grazing in very green pastures where there is lush vegetation, it might be quite bland milk. But when you take it into a very dry spiky bush area, you will get saltier milk from the same camel." According to the United Nations Food and Agriculture Organization (FAO), the global camel milk industry could be worth up to 10 billion dollars a year. And in Kenya there is talk of a ‘camel rush', as demand outstrips supply. 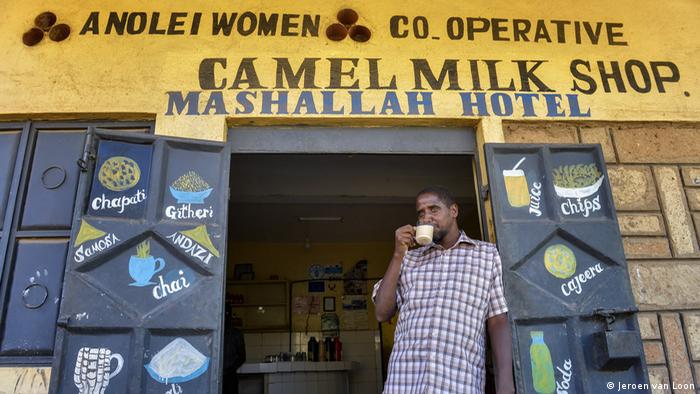 A better future thanks to camels

Isiolo has become a real camel hub already. Maalim and around thirty other women now bring about five thousand liters of camel milk daily to a distribution point in the center of the provincial town. The women receive support from the Dutch development organization SNV, which helped them finance a cooling tank. "Thanks to the profits of the camel milk I can send my eight children to school, and one even goes to university," Maalim says, as she hands in her plastic yellow jerry cans full of camel milk.

Currently the milk is transported in passenger buses. But as the milk frequently gets stolen or goes bad when buses break down, the women are trying to get a loan to buy a cooling truck to transport the milk to Nairobi. "We also have plans to produce yoghurt, pack our products and to export to Somalia," she says, and adds that an international airport has recently been opened near Isiolo. "We are facing a bright future - thanks to camel milk."

The ongoing drought in Kenya's Rift valley has intensfied the struggle for resources among pastoralists. The Red Cross suspended food aid in the area after being attacked by armed men. (01.03.2017)