A group of well-known actors and directors have penned a statement after the Cinema America was the site of a far-right attack. Four young people were beaten by five extremists. 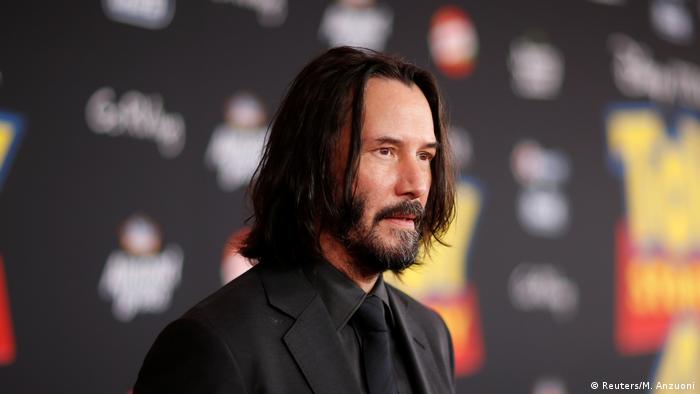 Actors Keanu Reeves and Willem Dafoe and directors like Francis Ford Coppola, Alfonso Cuaron, Spike Lee, and Wim Wenders have come out in support of an independent Italian cinema group after it became the target of far-right violence.

"We express our solidarity to the youth attacked in Rome, as well as the experience of the Cinema America and all young people who create a dialogue between the world of art and people … It is unacceptable that there are still those who think they can impose their beliefs through the use of violence," the group, which also included John Malkovich, Guillermo del Toro and Alejandro Gonzalez Inarritu, said in a statement.

On June 16, four young people wearing Cinema America t-shirts were attacked by suspected neo-fascists at an outdoor screening of the film First Reformed by Paul Schrader, who also signed on to support the cinema collective.

According to Italian media reports, five men from suburb of Casalotti have been detained in connection with the assault, at least one of whom has ties to the youth wing of the far-right extremist CasaPound party. The suspects are reportedly already known to police for violent crimes and participation in extreme right-wing demonstrations. They are all between 20 and 38 years old.

'Is is not possile to fathom'

"As children of these suburbs, it is not possible to fathom why the interior minister does not address the CasaPound situation," Valerio Carocci, the collective's spokesman, told the Italian press.

Far-right Interior Minister Matteo Salvini does not belong to CasaPound, but he has been repeatedly criticized for tolerating them and for using their affiliated book publisher to release his memoir.

Salvini belongs to the ethno-nationalist League party, while CasaPound, named after American poet and fascist apologist Ezra Pound, openly advocates a return to fascism, which is a crime in Italy.

Cinema America, also known as Piccolo America (little America), is based in the Roman neighborhood of Trastevere, and is well-known for putting on open air showings in and around the city in the summer. The suspects allegedly targeted the victims for wearing t-shirt's bearing the collectives name, demanding that they take the "anti-fascist" clothing off, and beating them when they did not comply.

To general consternation, educational courses are to be held at a secluded monastery to create a populist political vanguard capable of "launching an assault on Europe." Megan Williams reports from Collepardo. (15.03.2019)