Around 50 protesters have been arrested in Almaty, the largest city. Opposition supporters have cited political repression in the oil-rich Central Asian country. 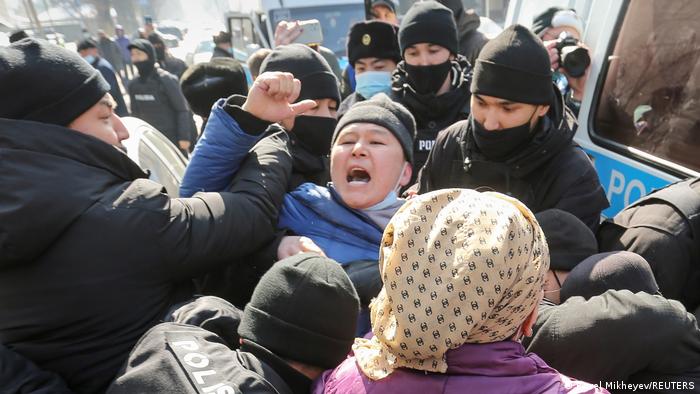 Kazakhstan police arrested dozens of anti-government protesters on Sunday after unrest spilled onto the streets of several major cities, with citizens denouncing what they called political repression in the oil-rich nation.

Roughly 50 protesters were detained in Kazakhstan's biggest city, Almaty, before they could gather near a park, and the internet appeared to have been blocked.

Several of the protesters shouted "freedom to political prisoners" as they were manhandled into vans. 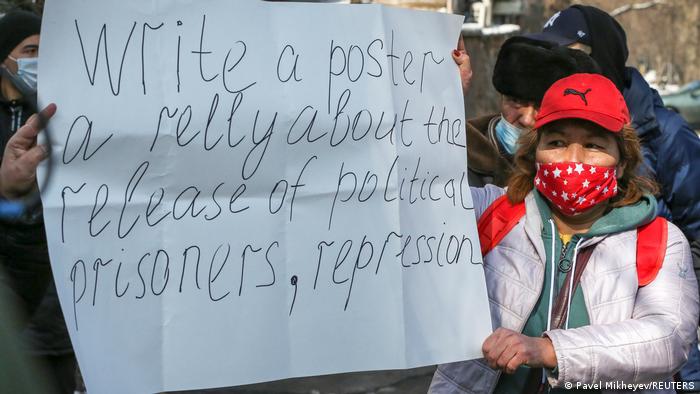 The opposition supporters were calling for the release of the prisoners in line with a resolution passed by the European Parliament earlier this month. Parliamentarians also urged authorities in Kazakhstan to comply with international standards for elections.

Kazakhstan's new president, Kassym-Jomart Tokayev, has styled himself as a reformer and last year signed off on a law easing restrictions on public assembly.

But the European Parliament's non-binding February 11 resolution said "systemic shortcomings in relation to respect for freedom of association, assembly and expression" remained.

MEPs also noted that Kazakhstan’s parliamentary elections on January 10 this year were a "missed opportunity" to demonstrate that political reforms had been implemented.

The Central Asian country's foreign ministry hit back, though, claiming the resolution was "initiated by unfriendly politicians, fueled by inaccurate information from destructive circles."

The ruling Nur Otan party has dominated the political landscape in the former Soviet republic for almost three decades while opposition movements have been sidelined. With no parliamentary representation, opposition supporters mainly make themselves heard through public displays of displeasure.

"Nazarbayev, go away," chanted some people in Almaty, referring to Kazakhstan's former president, Nursultan Nazarbayev, who has retained sweeping powers, despite resigning almost two years ago. Nazarbayev also exerted his influence in the hand-picking of his successor.

A bird's eye view of Kazakhstan

A bird's eye view of Kazakhstan

Several killed in 'brawl' in Kazakhstan

At least eight people have been killed in clashes that erupted in southern Kazakhstan on Saturday. The fighting broke out in towns with a significant Dungan population, a Muslim minority group of Chinese ethnic origin.