Kashmir: Families of ex-militants seek return to Pakistan | Asia | An in-depth look at news from across the continent | DW | 02.04.2021

Hundreds of Pakistani women who accompanied their ex-insurgent husbands to India-administered Kashmir have found themselves trapped in limbo. 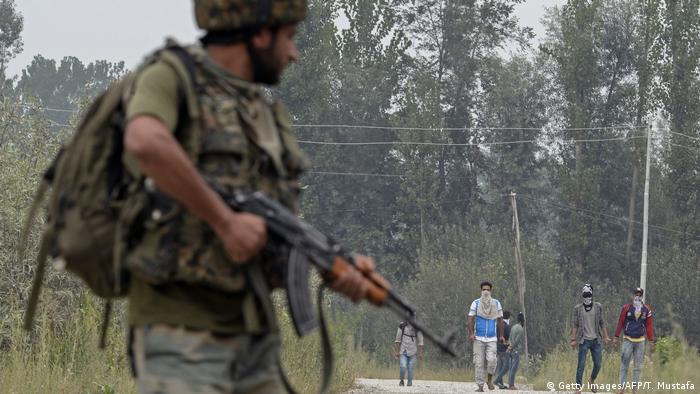 Insurgents in Kashmir have been fighting Indian rule since 1989

Bushra Farooq works hard to make ends meet for her and her two young sons. The 30-year-old is originally from Muzaffarabad in Pakistan-administered Kashmir. She is separated from her family by a 135-mile (217-kilometer) long border that divides the disputed territory between India and Pakistan.

In 2012, Farooq reluctantly arrived in the village of Pattan, her husband's hometown, in Indian Kashmir's Baramulla district, via a government rehabilitation policy.

According to the policy, people who traveled to the Pakistani side between January 1989 and December 2009 were eligible for the rehabilitation program as well as their family members. Many of these insurgents married in Pakistan and brought their wives and children to India-controlled Kashmir with them.

Farooq's husband had been among the hundreds of young men who crossed the border from Pakistan and then applied to take the family to Indian Kashmir.

Muslim-majority Kashmir has been divided between India and Pakistan since they became independent countries in 1947. Both countries claim the region in its entirety.

Insurgents in Kashmir have been fighting Indian rule since 1989. Some estimates suggest more than 70,000 people have been killed in the armed conflict. 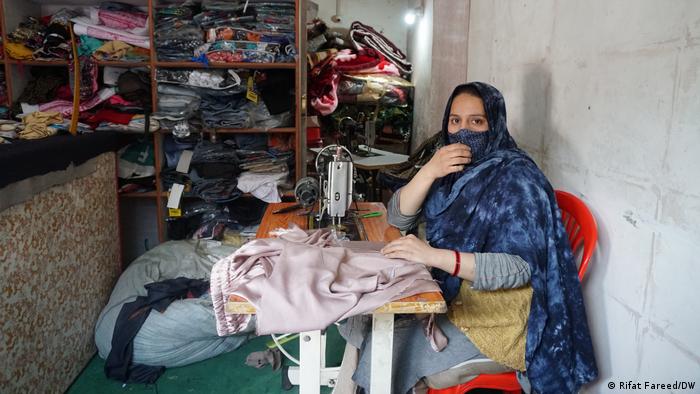 Farooq's dreams for a better future were dashed when she was forced to face the grim realities of living in the restive region. Traveling became near to impossible, and Farooq could no longer see her family.

"It’s been nine years. They [family] are suffering there and I am suffering here. I long to see them. The policy ruined my life," Farooq told DW.

She finds herself isolated in a place where she says neither the community nor the government has accepted her or her children as they are considered by many to be "stateless."

Farooq had her travel documents confiscated when she entered the territory via the Nepalese border. She says many families in similar situations have been denied passports.

She said that life became tougher for her after she and her husband arrived in Indian-administered Kashmir.

"My husband threatened me that he will take children and leave me alone," Farooq said.

She got divorced two years ago and now lives alone with her two children. She says she has been hiding her pain from her family back in Pakistan.

Under the 2010 rehabilitation program, at least 350 former insurgents along with their Pakistani wives and children returned to India-administered Kashmir via the Nepal or Bangladesh border, according to officials, who estimate the total figure to be 800.

The policy outlined that those seeking to return should enter via Wagah, Atari, Salamabad, the Chakan da Bagh crossing, or through New Delhi's Indira Gandhi International Airport.

Families reported they were hassled and thrown countless obstacles when they tried to enter via the designated routes. Many were accused of illegal entry.

For more than a decade now, the Pakistani wives of the former rebels have been staging protests demanding that they be allowed to travel to Pakistan to meet their families.

Many of the women in Kashmir not only struggle for financial independence and social acceptance, but face daily hardships when it comes to dealing with their in-laws.

Life for Nusrat Bibi was no different. 'I had never imagined we would be in such a miserable situation,' says Bibi

In August 2019, the Indian government imposed a crippling communication and military lockdown in the region for several months after abrogating the region's semi-autonomous status.

Bibi, who lives in Tanghdar village of Kupwara, was completely cut off from her family. Originally from Neelam Valley in Pakistan-administered Kashmir, Bibi arrived in Indian Kashmir in 2010, more than a month after her wedding.

"We thought we might be able to live normal lives, but here we feel caged," she told DW.

Two years ago, Bibi got divorced. Just like Farooq, her life turned upside down as soon as she arrived in Indian Kashmir with her ex-husband.

Miles away from her family, she "battles separation and loneliness in a strange place."

"The family disputes started soon when we were here," said Bibi, who lives with her two daughters aged nine and 11. She earns a living by stitching clothes at a store in Kupwara.

For two years, she too concealed her divorce from her family in Pakistan.

"My family came to know recently that I got divorced. I had not told them, because I did not want them to suffer more," she said, adding that three years ago when her father came to know about her "suffering," he died from a heart attack.

"I had never imagined we would be in such a miserable situation," she said, adding that her only wish is to see her family.

Saira Javaid longs to join her family back home in Karachi —  a southern Pakistani city that she recalls as "the city of lights." She is unable to leave Khumriyal village, close to the border town Kupwara.

Javaid has saved a screenshot of her brother’s last moments before he died of cancer. Also miles away, she was forced to attend her brother's funeral through a video call last week.

She told DW she has been unable to visit her family in Pakistan for many years due to the hostile relations between Indian and Pakistan.

"Last week, I lost my younger brother. Six months ago, I lost my father. Their only wish was to see me. What kind of life is this?"

Javaid is among the Pakistani women who went to India-administered Kashmir long before the rehabilitation policy was introduced.

In 2007, when her husband's mother became ill, they decided to travel to Kashmir for a month. Upon reaching her husband's village, her in-laws insisted they stay there.

"Since then, I have been fighting to go back, but Indian authorities are not allowing us to leave," she said.

"I have four children and they have no future here," she added.

Amid all the desperation, Javaid hopes that relations between Pakistan and India will improve.

"They might look at our plight as a humanitarian issue," she said. 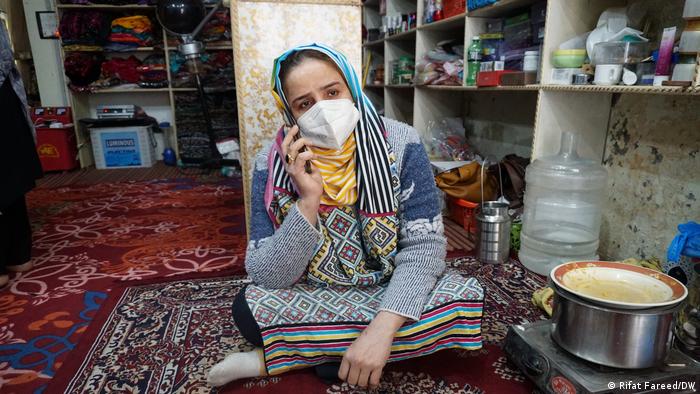 Saira Javiad hopes for an improvement in India-Pakistan ties