Karzai passes the buck on US troop 'immunity'

Afghan President Hamid Karzai has called for the Loya Jirga to decide whether US forces should receive immunity from local prosecution. Washington has threatened to pull out all of its troops if immunity is not granted. 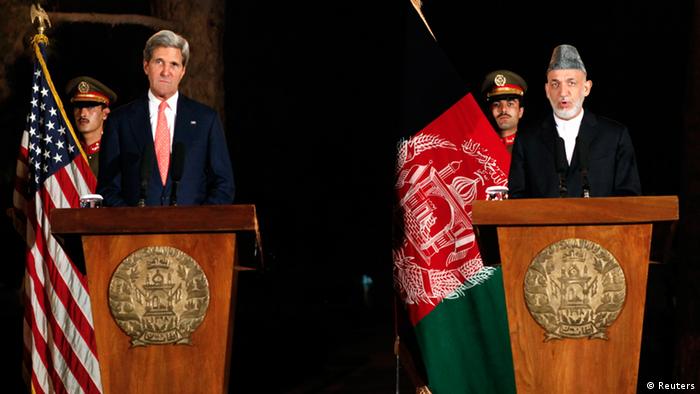 For almost a year now, Washington and Kabul have butted heads over the details of a bilateral security agreement, which will govern a potential US troop presence in Afghanistan after NATO withdraws its combat forces in December, 2014.

The Obama administration reportedly wants to maintain between 5,000 - 10,000 troops and nine bases in Afghanistan to advise and train security forces and conduct counterterrorism operations against the remnants of al Qaeda.

In early October, US Secretary of State John Kerry met with President Karzai in Kabul, where the two men said they'd hammered out a basic draft agreement. But the issue of US troop immunity from local prosecution remained unresolved. Washington wants its soldiers to be tried under American legal jurisdiction if they commit a crime while serving in Afghanistan.

Despite the Obama administration's call for an agreement to be concluded as quickly as possible, Karzai has opted to convene a Loya Jirga, or grand council, to vote on the draft in November and decide whether or not US troops should enjoy legal immunity from the Afghan judicial system.

"The Afghan constitution says that in questions of immense national important a Loya Jirga can be called and that's what Karzai is doing," Thomas Ruttig, co-director of the Afghanistan Analysts Network, told DW. "The Loya Jirga usually is doing what the current rulers want from them - that's the experience from history."

"The thing is there's always a margin of error, of uncertainty in it," Ruttig said. "So it can of course happen that - particularly if there's an incident briefly before - the mood swings and the agreement falls through."

Although the details of the draft agreement have not been made public, Karzai and Kerry held a press conference after their October negotiations, in which they reported progress on two key Afghan conditions.

Kabul has long demanded that the US end unilateral counterterrorism (CT) missions and instead seek Afghan approval for such operations. The Karzai government has also called on the US to guarantee Afghanistan's security against foreign intervention, presumably from neighboring Pakistan.

During the press conference, Karzai said that he had reached an agreement with Kerry that US forces "will no longer conduct operations by themselves." The Afghan president also said that they had agreed to a "written guarantee of the safety of the Afghan people" with "a clear definition of 'invasion.'" 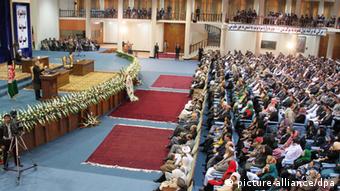 The Loya Jirga typically approves the proposals of Afghan leaders

"The security guarantee vis-à-vis Pakistan issue and the US bases in Afghanistan for CT issue, both of which were portrayed for a long time as being the outstanding questions, interestingly got resolved," Stephen Biddle, a US foreign policy expert with George Washington University in Washington D.C., told DW.

"And then Karzai raised one that everybody thought had been resolved a long time ago - the immunity issue," Biddle said.

According to Abdel Ghafoor Lewal, Karzai is "playing a political game" with the US. By calling the Loya Jirga, the Afghan president has created an element of uncertainty, which he hopes will give him leverage over the US.

"He wants actually to bring more force on American negotiators to accept some of these [Afghan] conditions on this agreement," Lewal, director of the Centre for Regional Studies of Afghanistan in Kabul, told DW.

But according to US foreign policy expert Biddle, Karzai may be overplaying his hand in negotiations with the White House.

"What he has believed at various times in the past is that the US has sacrificed so much in Afghanistan that we obviously think the place is terribly important to our national security," Biddle said. 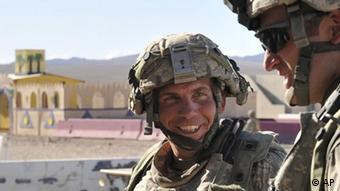 But the Obama administration, increasingly at the end of its patience with the negotiating process, has threatened to withdraw all of its troops from Afghanistan - the so-called zero option - if US forces do not receive legal immunity from local prosecution.

"Part of the reason there have been these periodic trial balloons about zero options from the White House is because the White House is trying to convince him, no, we are actually going to leave," Biddle said. "And therefore, no, you can't extract concessions from us; you need this more than we do."

According to Karzai, "the issue of jurisdiction for foreign forces is above the authority of the Afghan government and that is up to the Afghan people and the Loya Jirga."

"He thinks this is a historical responsibility if he decides by himself to give immunity for US troops," Lewal said. "He wants to share this responsibility with the representatives of the people of Afghanistan."

And the Afghan people are particularly sensitive when it comes to the immunity issue, Lewal said. In August, for example, US Army Staff Sergeant Robert Bales was sentenced by an American court to life in prison for murdering 16 Afghan civilians. The ruling angered the victims' families, who wanted the death penalty.

"[Karzai] needs to cover himself, because relations with the US - and particularly immunity and particularly after a couple of incidents where US soldiers went on killing sprees against Afghan civilians -are highly contentious," Ruttig said. "If he just in his capacity as president goes ahead, he will be attacked."

In the case of Iraq, the Obama administration also sought a residual US troop presence. But the White House proved unwilling to sacrifice legal immunity for US troops in exchange for that continued presence. Kerry has publicly warned that the same would happen in Afghanistan if Kabul follows Baghdad's example.

"Up until minutes before the negotiation failed and the US committed itself to total withdrawal, the US was still trying to get an agreement in which we would stay," Biddle said, referring to the negotiations with the Iraqi government in 2011.

"What happens is that their perception of how important it is to stay wanes," he said of the White House. "And their willingness to accept cost and hassle therefore goes down."

Experts say that instead of expressing anger and grief over the killing of the Pakistani Taliban's leader Mehsud in a US drone strike, Islamabad should use it as an opportunity to tame the Islamist militants. (04.11.2013)