Just what the doctor ordered | Business| Economy and finance news from a German perspective | DW | 22.05.2019

Just what the doctor ordered

Doctors from across the EU are being trained in Warsaw to work as GPs in the UK. Brexit or no Brexit, the chronic need for doctors is worsening and Europe's biggest employer is reaching across the channel for them. 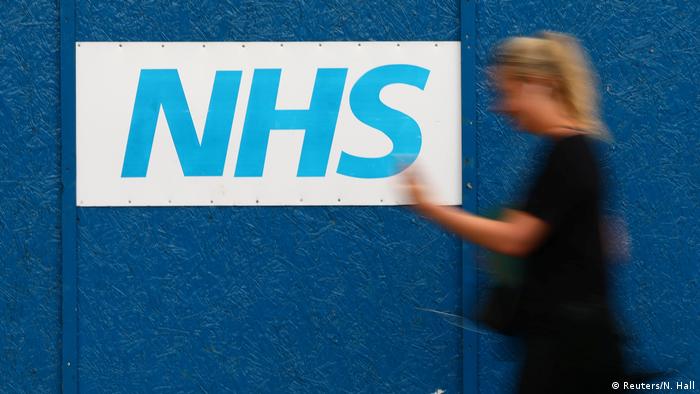 "We teach our doctors to listen to how patients describe pain," says Monika Chrusciel.

It is unclear if the Polish teacher of English realizes how apt this skill may be when the European general practitioners (GPs) she is helping to train near Warsaw take up their posts in the UK's ailing health service.

So dire is the shortage of GPs that the National Health Service (NHS) is putting Brexit fears to the side to bring in thousands of EU doctors.

Chrusciel works for Polish firm Paragona, which recently won a place on a 100-million-pound (€115 million) framework agreement to be part of recruiting and training 3,000 international GPs.

Paragona is training the first batch of 100 GPs at a campus in the small town of Piaseczno, 20 kilometers (12.4 miles) south of Warsaw.

GPs from Spain, Lithuania, Greece, Spain as well as Poland have been recruited and are being trained.

"This is the NHS' biggest ever international recruitment of GPs," Paragona Board Chairman Adam Ringer says. "We provide EU GPs with a 12-to-20 week residential course in Poland and when in the UK, the doctors undergo additional training under the supervision of a mentor," he says.

"England is a great place to live and work and the new GPs will make a great contribution to our society," Andrew Cratchley, representing NHS England, said. "This is a cornerstone of life in the UK, from cradle to grave, and I am sure they will add much." 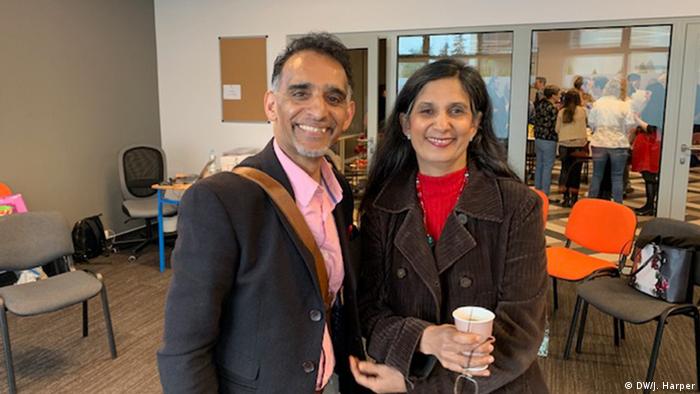 A jablko a day keeps the doctor away

Paragona is doing its best to attract GPs from across Europe. "During the course we provide accommodation, meals, sports activities, and grant scholarships for families," Kinga Lozinska, Paragona Polska CEO, says. The company also helps with resettlement, kindergarten, school, bank account opening in the UK.

The training is intensive, with 5-day, 40 hours per week courses that also teach about British culture.

Conor Crowley, a teacher at the campus, highlights how this is done.

"In Leicestershire, for example, there is a different word for cabbage, and 200 more colloquial local words, which a foreign GP will not be expected to know," he says.

"But GPs are always respected wherever they go," he adds. "The Slavic culture is a bit more direct than the Brits tend to be," he goes on. "Where we might add a 'would you, could you' to a sentence, for example, they might not."

The courses include simulated surgeries. "A gentle nudge into all things British can often be pushed in the direction of some classic soap operas such as Emmerdale Farm and Coronation Street to show greater insight into daily life in Britain," he adds. 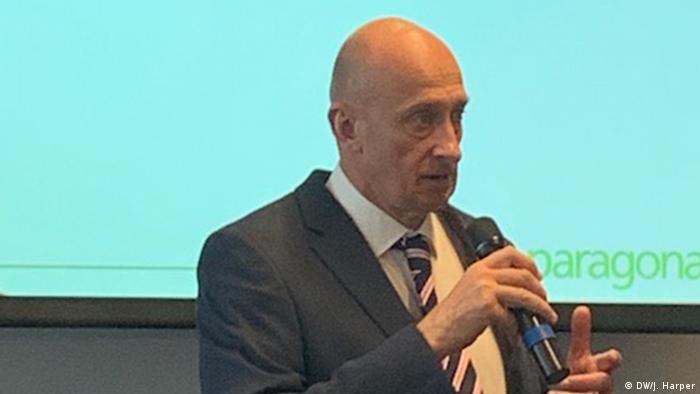 Andrew Cratchley, from NHS England, said Brexit would not affect the need for foreign GPs in the UK

"The GPs are a bit nervous about Brexit. But we have written confirmation from the head of the NHS England recruitment service, guaranteeing the job," Ringer says.

"I think that the UK as a traditionally multicultural and multinational country will cope with this problem. Nevertheless, our project has particularly strong safeguards," Lozinska says. "They will be able to work in the structures of the NHS regardless of the form of Brexit," she adds.

Paragona has a letter from NHS England on its website. "I would like to assure all general practitioners from other European countries who are welcome and that the terms, conditions of the offer and the employment contract they sign will not be broken or changed to their disadvantage," writes Rachel Souter, Head of International Recruitment at NHS England. "Whatever happens in relation to Brexit, the NHS will continue to need excellent doctors from all over Europe," her letter adds.

The Home Office is refusing visas to those hired for salaries advertised below 46,000 pounds, up from 30,000 pounds. Once in the UK the Paragona-trained GPs will get a starting salary of 70,000 pounds, rising to 90,000 pounds after two years.

"I don't think Brexit will happen, anyway," said Carlos Rivas-Echeverria, a doctor originally from Venezuela who came to Poland after 10 years in Spain. He will take up his position in Leicester later this year after his 12-week course ends on mid-June.

"It is a little odd being in this campus in Poland before going to to the UK, but the people here are great and the course is so intensive, we don't have any time to  do much else."

Leicester-based GP Hina Trivedi and her husband, Raj Patel, came to find doctors to help in their inner-city surgery in the English east Midlands city.

"It is the attitude that we find so great here," Hina said. "That and the strong work ethic." She said she many British GPs are choosing to work as locums and that what she needs is long-term and stable support and patient continuity. "And we believe this will help us provide that." 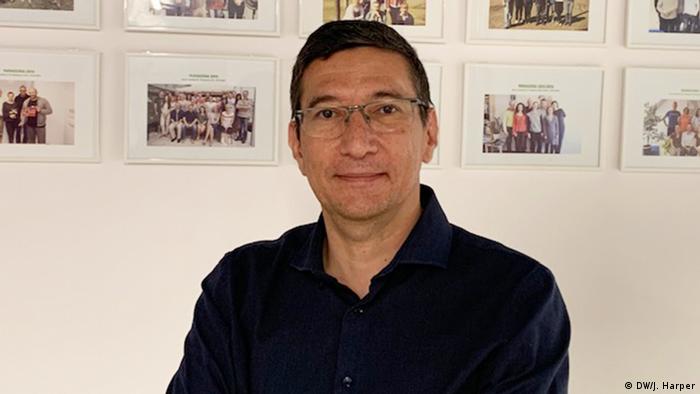