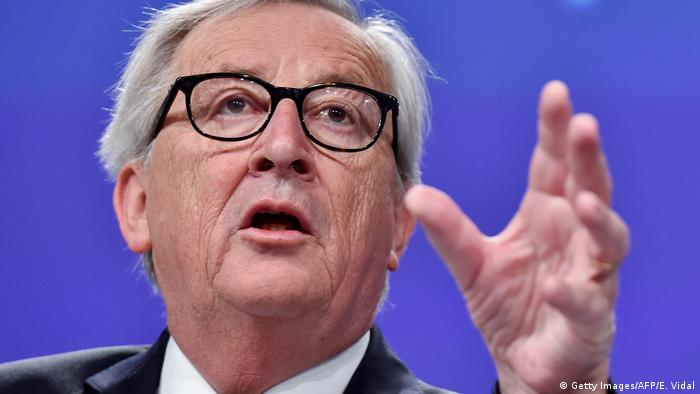 European Commission President Jean-Claude Juncker on Tuesday said that Italy was "moving in an unsound direction" in financial terms.

Juncker warned that Italy's excessive debt could last "for years" if reforms were not adopted.

Italy's public debt stood at 132% of its gross domestic product (GDP) in 2018 while the Eurozone calls for member states to stay within 60%. Though most members do not adhere to these rules, Brussels would like to see the figure decreasing rather than increasing, as in Italy's case.

A decision is not expected until next week but an unnamed EU official told dpa on Tuesday that member states were prepared to enact disciplinary measures.

Outgoing Commission President Juncker was keen to avoid any disciplinary action but said that it "will depend on the coming commitments to be taken by the Italian government."

The firm stance followed the release of a report which claimed the Mediterranean country was "not projected to comply with the debt reduction benchmark in either 2019 or 2020 based on both the government plans and the commission 2019 spring forecast."

Fears remain that Italy will ignore these threats despite Prime Minister Giuseppe Conte vowing to do all he can to avoid triggering EU sanctions. Conte said: "The negotiation with the European Commission and with our European Union partners will see the government absolutely determined to avoid, in the coming months, a procedure for excessive debt." 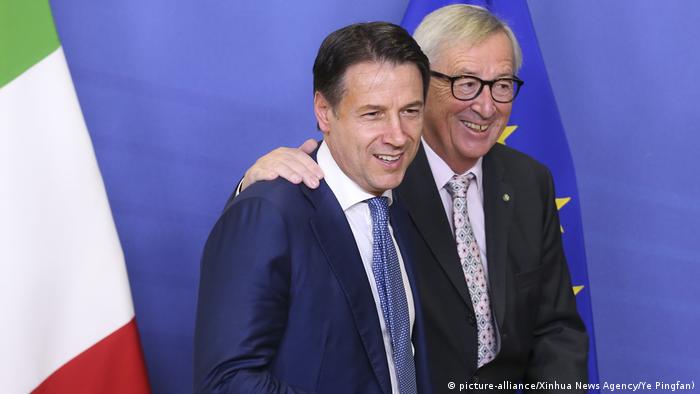 The Italian leader also urged Juncker to listen to the government's explanations regarding the numbers before saying they were heading in the wrong direction.

Nevertheless, Conte's comments were in stark contrast to Italy's far right Deputy Prime Minister Matteo Salvini who has promised not to give in to the EU's demands.

Relations between Italy's coalition government and the bloc have been strained recently and the latest calls for action will only add to the tensions between the two.

Under pressure from Brussels, Rome revised its planned spending spree to cut deficit projections. At the same time, Italian officials were riled over the EU's alleged preferential treatment of France. (12.12.2018)