The EU Commission has begun a legal process that could mean unprecedented sanctions and financial oversight of Europe's fourth-largest economy. Italy aims to change the rules that could lead to its censure. 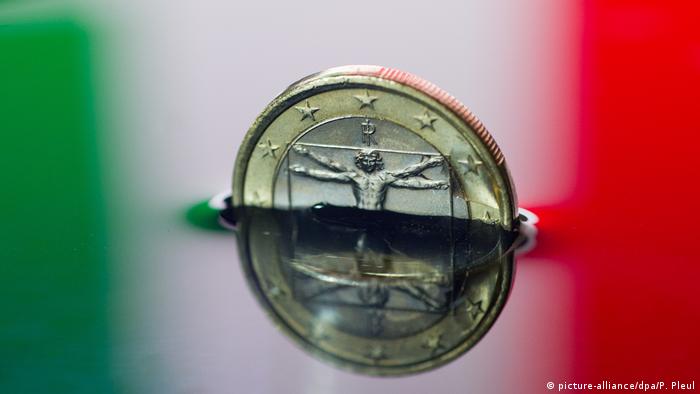 "Italy is not projected to comply with the debt reduction benchmark in either 2019 or 2020 based on both the government plans and the commission 2019 spring forecast," the report said.

EU laws introduced during the so-called eurozone debt crisis that call on member states to keep their public debt below 60% of GDP. However, as of 2018, only a few eurozone member states hold their public debt below this threshold. The guidelines say that those over the limit should at least be moving back towards it. This is at the core of the EU's dispute with Italy.

According to official data, Italy's public debt grew to more than 132% of GDP in 2018, the largest ratio in the EU coming only after bailed-out Greece.

Read more: Why is Italy still the sick man of Europe?

"When we look at the Italian economy, we are seeing the damage recent policy choices are doing," Commission Vice President Valdis Dombrovskis told reporters on Wednesday.

Italy's Finance Minister, Giovanni Tria, said earlier in the week that Italy's debt problems were due to an economic downturn and promised that the upcoming budget 2020 would adhere to EU rules.

European Economic Commissioner Pierre Moscovici said Sunday that the EU prefers dialogue to sanctions, but added that Italy must be required to follow European rules.

Italy's populist governing coalition is trying to avoid budget cuts and tax increases. However, the dominant coalition partner, the right-wing party the League, has promised to cut taxes and has proposed a heavy-spending budget for 2020. 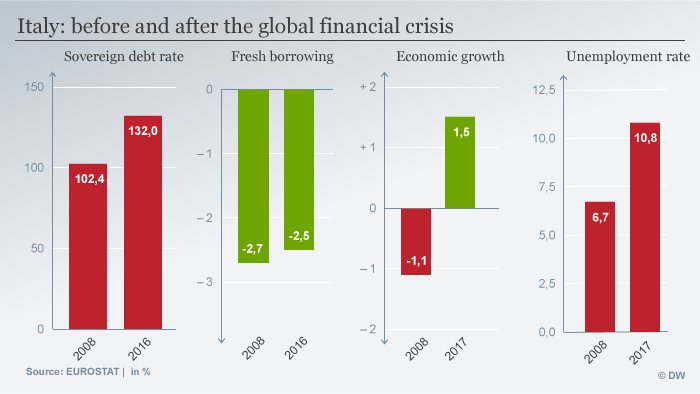 What is next for Italy?

The EU's Economic and Financial Committee has to now decide whether to back the Commission's report. If it backs the report by June 19, the process will be kicked down to the EU finance minister's meeting in mid-July.

Finance ministers will then have to decide whether to back the disciplinary action. If they do, Italy would then be required to adopt EU guidelines on tightening public budgets and increasing fiscal discipline.

In the event Italy is considered non-compliant in applying the EU guidelines, it could end up being slapped with unprecedented sanctions.

Many EU member states faced deficit disciplinary procedures at some point during the euro financial crisis, but none were subject to fines. 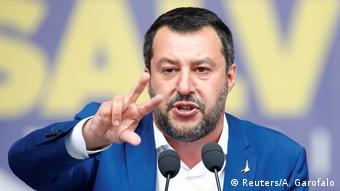 The League has kicked up its anti-EU rhetoric recently after winning more than 34% of the vote in May's European Parliament elections.

On Wednesday, Salvini, who is also the interior minister, called for member states to review the EU's financial rules, which he says are impoverishing Italians and preventing growth. The euroskeptic party maintains an anti-austerity stance and opposes any EU fiscal measures that its Salvini has called "obsolete."

On Wednesday, Reuters news reported that the IMF warned that Italy's ballooning debt posed a "major risk" to the Euro.

The League, together with the 5-Star Movement led by Prime Minister Giuseppe Conte, formed a coalition government in 2018 that has turned sour recently, partly over disagreements on how to address the escalating public spending crisis.  On Monday, Conte threatened to resign if rifts within the coalition were not solved.