Judges opt for a final end to Russia′s death penalty | Europe | News and current affairs from around the continent | DW | 19.11.2009

Judges opt for a final end to Russia's death penalty

Russia's constitutional court opts to keep ban on capital punishment in force. Parliament, however, fears a public backlash over a law that would remove possibility of future executions. 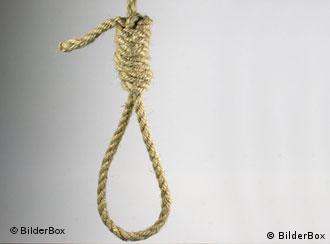 Capital punishment will not be brought back when a moratorium comes to an end, Russian judges decide

A 10-year moratorium on capital punishment in Russia was set to come to an end in January. But members of the country's constitutional court have decided that, due to international agreements, the ban must stay in place.

As a member of the Council of Europe, which guarantees certain human rights, Russia is obliged to abolish the death sentence.

"This decision is final and may not be appealed," said Constitutional Court president Waleri Sorkin, adding that international agreements made any alternative "impossible."

Although the country has signed the European Human Rights Convention, this has yet to be ratified by the Duma, Russia's parliament.

The possibility of a return to capital punishment has fuelled debate in the country during recent weeks. Leading politicians have declared themselves to be against its reintroduction, despite public support for the ultimate sentence.

Violence in the North Caucasus led to demands for terrorists to be executed. One poll showed that only one in four Russians are against capital punishment, with 56 percent in favor.

Members of the Duma are worried that if it ratifies the human rights convention, completely removing execution from Russia's penal code, voters will not be happy.

"We mustn't take up the ratification until we have a public consensus,” said State Duma speaker Boris Gryzlov.

The Kremlin has said that it is in favor of a ban. "Society must be ready for the abolition of the death penalty. It's a long process," said Mikhail Krutov, President Dmitry Medvedev's envoy to the Constitutional Court.

Among those executed in 1996, when the death sentence was last carried out, was serial killer Andrei Chikatilo.

Does Russia really want an eye for an eye?

As 2009 draws to an end, the clock is ticking for Russia's constitutional court to reach a decision on capital punishment. The moratorium on the death penalty is currently due to expire with the dawning of the New Year. (13.11.2009)

Chancellor Angela Merkel strongly condemned the murder of aid workers in Chechnya during her talks with Russian President Dmitry Medvedev. The latest killing was expected to overshadow talks on other bilateral issues. (13.08.2009)