The new national security adviser and the president share a disdain for the current Iran nuclear deal despite broad support among allies. And Bolton could have a belligerent influence on a host of other issues as well.

During his break from politics, Bolton penned a memoir titled "Surrender Is Not An Option," worked with a number of neoconservative think tanks, and was a commentator for the Fox News network.

Here's where Bolton stands on the issues:

The Iraq War: Bolton is well-known for his support of the conflict, even after a number of Bush administration officials expressed regret over their involvement. As undersecretary for arms control and international security affairs under Bush from 2001 to 2005, Bolton has been accused of manipulating the intelligence about Iraq's weapons of mass destruction that led to the 2003 invasion. 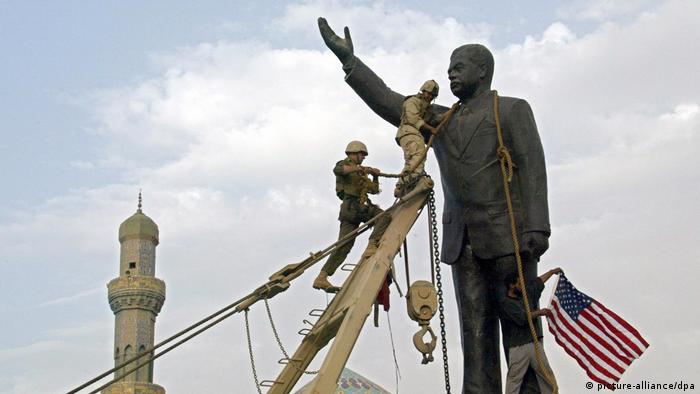 North Korea: The new national security adviser has long been a proponent of a military response to provocation from Pyongyang. During a speech in Seoul in 2003, on the eve of six-nation talks about North Korea's nuclear program, Bolton called then-leader Kim Jong Il a "tyrannical dictator."

Russia: Bolton is a longstanding critic of the Kremlin. More recently, he has rejected allegations that the Trump presidential campaign colluded with Russia, though he does believe that Moscow interfered in the US election. When Russian President Vladimir Putin announced his decision to build new nuclear weapons earlier in March, Bolton wrote on Twitter that "there needs to be a strategic response to Russia's new nuclear missiles to show our allies in Europe that we will not let Russia push the U.S. or its allies around."

Iran nuclear deal: Bolton's animosity to the deal is well-known. He has even advocated forcing regime change in Tehran. With his fellow anti-Iran hawk Mike Pompeo being elevated to secretary of state, the future of the landmark diplomatic deal could be in serious doubt.

Bolton is also known for his support for keeping the controversial prison at Guantanamo Bay open, for moving the US embassy in Israel to Jerusalem, and for supporting Taiwan in order to increase pressure on Beijing.

The European Union: After leaving US politics for a while in 2005, Bolton spent some time in Ireland actively campaigning against further EU integration. Speaking in Dublin in 2008, Bolton said that the Lisbon Treaty, which outlines how the EU should function, "will further enhance the power of institutions in Brussels without extending democratic authority to people." He also called enhanced EU cooperation "a mistake."

The appointment of the former Bush administration employee has shocked many, especially considering President Trump has routinely suggested that he thinks the Iraq War was a mistake:

"North Korea and the United States need to have dialogue, but this only fuels worries over whether the talks will ever happen," said Kim.

Risk consultancy firm the Eurasia Group said that with the elevation of Bolton and Pompeo, the US' foreign policy is now effectively "America First on steroids."

Bolton himself appeared keen to defuse the rhetoric in an interview with Fox News, saying: "Frankly, what I have said in private now, is behind me."

Saddam Hussein, the Gulf War and the new Middle East

Iraq invaded Kuwait at the beginning of August 1990. The international community responded by launching a military operation. The conflict was quickly resolved, but it had a transformative effect on the Middle East. (02.08.2015)

The world was better off when dictators maintained a deadly order, Republican presidential frontrunner Donald Trump has said. It wasn't the first time he had praise for foreign strongmen. (06.07.2016)

John Dowd, who called for an end to the probe, has stepped down from the US president's legal team. He was reportedly frustrated with Trump for not heeding his advice when it came to the growing investigation. (22.03.2018)