Japan has become an expert in studying earthquakes and adapting to life with them, says a German seismologist in a DW interview. 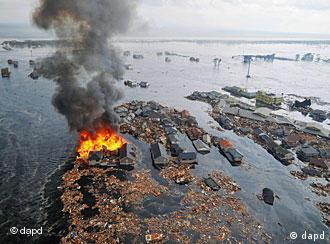 The tsunami which hit Japan has left devastation in its wake

Early Friday morning, a massive 8.9 earthquake struck the northeast of Japan, followed by numerous aftershocks and a tsunami that affected much of the coastline. Tsunami warnings continue to be in affected for surrounding islands, Pacific island states, and the western coasts of North and South America.

To learn more about the current science behind earthquakes, Deutsche Welle spoke with Rainer Kind, a seismologist with the Helmholtz Research Centre for Geosciences in Potsdam.

Deutsche Welle: Why is this region of the world particularly prone to seismic activity?

Rainer Kind: This has to do with the fact that the Pacific plate is moving in a northwestern direction at a speed of about 12 centimeters per year. That means the entire Pacific is moving at a rate of 12 meters per hundred years.

Enormous amounts of energy are involved in this process. And the faults where the earth's plates touch do not slide by one another smoothly. They have craggy surfaces of relatively hard stone, and when they become snagged on one another, they store latent energy.

The plates are bent, and once they surpass their frictional resistance, the distorted mass snaps back into its original position. This means massive amounts of earth are moved within a few minutes. We don't have any data yet, but based on experience it probably came to a shift of several meters. 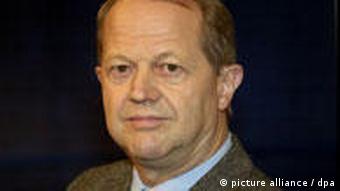 Is it possible to predict earthquakes?

There is nothing we can do about the geological circumstances. The forces involved are simply too massive. We're just observers. The only thing we can do is to attempt to understand the entire system and make predictions.

Geologists have been working on this for several hundred years, unfortunately without much success. The only option is to build very sturdy houses. That's something the Japanese have done. And then there are early warning systems.

How good are the early warning systems?

Two or three minutes after the earthquake, the tsunami warning system center knew where the earthquake was. It knew how powerful it was. The Japanese system has proven that it's in a position to do this successfully.

The earthquake took place some 200 kilometers away from the Japan's coast, and it took 10 or 15 minutes for the tsunami to reach land.

That's not a lot of time.

The Japanese population is well informed, because they know they have to live with this great danger. Along the coast there are signs everywhere directing people to where they should go in the case of an emergency. They practice for this scenario.

How is the proximity of the earthquake to the coastline related to the disastrous effects of the tsunami?

The tsunami spreads in all directions, and that at the speed of a passenger jetliner. There are water-level meters on buoys off of coastlines, the data from which can be used to calculate when, where and how powerfully a tsunami will hit.

Within 10 minutes of the earthquake, the American warning system in Hawaii released a list of all possible times and locations where the tsunami could hit. It takes hours for the tsunami to reach more distant locations.

Japan has been hit by a massive earthquake and tsunami off its northeast coast. Meanwhile, nations in the western Pacific from Indonesia to the Philippines are bracing for the possibility of tsunamies of their own. (11.03.2011)

Brazil is facing up to the worst-ever natural disaster in its history as reports suggest more than 500 people have been killed by deadly mudslides in the Serrana region just north of Rio de Janeiro. (18.01.2011)