Japan's new emperor: Who is Naruhito?

Japan's newly crowned emperor, Naruhito, has said he wants to continue the work of his father in bringing the monarchy closer to the people. But he faces personal and public challenges. Martin Fritz reports. 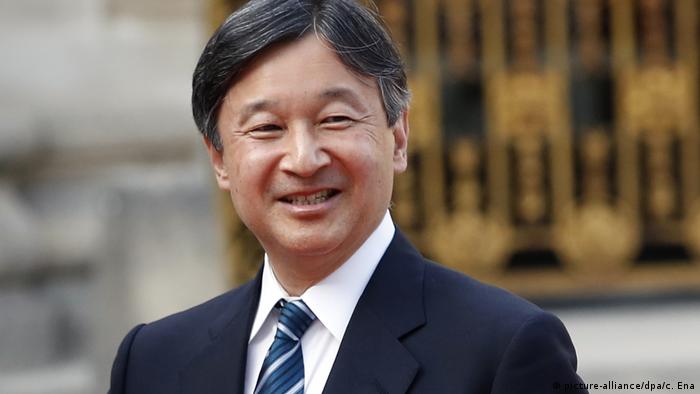 In his first address to the country, Emperor Naruhito vowed to "act according to the constitution" while "always turning my thoughts to the people and standing with them."

"I sincerely pray for the happiness of the people and the further development of the nation as well as the peace of the world," he said.

Naruhito is Japan's first "modern" emperor. He grew up living under the same roof as his parents; he studied abroad, earned a degree, and married a career woman. The 59-year-old Naruhito also jogs regularly, speaks English and plays the viola.

But despite Naruhito's modern lifestyle, the weight of Japan's "Tenno" (meaning heavenly ruler) institution now rests on his shoulders. According to Japanese legend, Naruhito is Japan's 126th emperor — a lineage which is thought to go back to the 7th century BCE.

Naruhito earned a bachelor's degree in history at Japan's prestigious Gakushuin University and went on to study economic history at Oxford University in Great Britain. He considered this time away from the constraints of the imperial court to be a "great treasure."

"In England I learned how to think for myself, make my own decisions and put things into action," Naruhito said after his return.

Now that he is emperor, Naruhito is expected to continue in the style of his father, Akihito, who embodied the emperor's constitutional role as Japan's "symbol of national unity." Akihito was known for bringing the monarchy closer to the Japanese people by visiting disaster victims and providing a symbol of comfort.

"The emperor follows a principle: to share joy and pain with the people, from heart to heart," Naruhito said in February on his birthday.

Like his father, Naruhito is expected to embody the conscience of Japan and keep the memory of World War II alive. Akihito never officially apologized for Japan's activities during the war, because imperial law forbids emperors from making political statements. However, Akihito offered prayers for victims of war and expressed "deep regret and pain."

As crown prince, Naruhito was critical of attitudes in Japan that whitewashed the country's wartime past. According to Sven Saaler, a historian at Sophia University in Tokyo, the new emperor could express his views on World War II publicly, perhaps at the anniversary of the war's end on August 15.

However, Naruhito will need to set his own tone as emperor, and he said last year that the imperial family will need to adapt to changing times and social expectations.

"I want to be sincere in addressing these new duties that are required of me," said Naruhito, adding these would include dealing with poverty, children and the elderly.

Ernst Lokowandt, a German expert on Japan's emperors, said Naruhito would probably take on environmental issues after he settles in. As far as the private life of an emperor goes, Lokowandt added that Naruhito probably won't change much right away. "The emperor is too bound to tradition for that," he said. 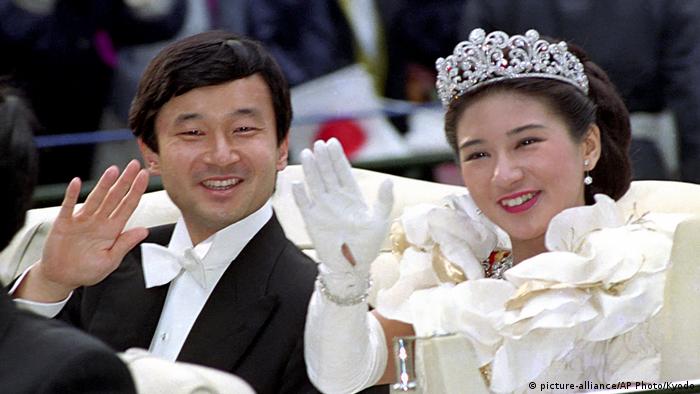 Naruhito and Masako at their wedding in 1993

Naruhito's wife, Masako, is important to the future of his reign. She spent her career in Japan's Foreign Ministry and studied at Harvard and Oxford. With this worldly background, Masako is very different from her predecessor, Michiko, who embodied a more traditional image of a Japanese woman.

At their wedding 26 years ago, Masako promised her commitment to Japan and the royal family. In the diplomatic spotlight as empress, her role will be closely watched.

However, Masako's ill health could weigh heavily on the imperial family. There are reports she developed a "stress-related" disorder due to pressure from the imperial family to give birth to a male heir. And according to her husband, her physical condition still fluctuates.

It is therefore unclear how often Masako will appear with the emperor in public. According to historian Saaler, this will be very important if Naruhito is to continue the public image of being close to the Japanese people.

After all, during Akihito's reign, many people attributed the success of his campaign for the people to his wife, Empress Michiko.

The emperor served his role longer than he had planned. His abdication is the end of an era — and not just in Japan. A man of few words, Akihito set out an important course all the same, writes Alexander Freund. (30.04.2019)

Q&A: The role and future of the Japanese emperor

Referring to his weakening health, Japan's revered Emperor Akihito has hinted at his desire to give up his official role as the nation's monarch. This has set off a number of questions about what happens next. (08.08.2016)