The move comes after North Korea recently tested missiles over the pacifist country. The new missiles will be capable of reaching North Korea. 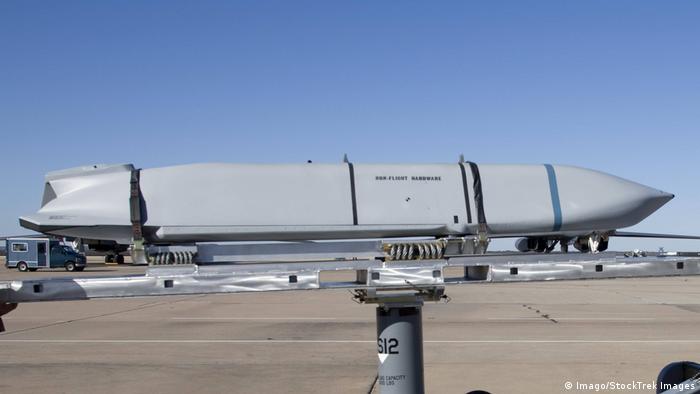 Although Onodera did not refer to North Korea in the announcement, the decision comes after North Korea recently tested ballistic missiles over Japan and last week tested a new type of intercontinental ballistic missile that reached an altitude of 4,000 kilometers before landing in the sea within Japan's economic zone.

Onodera said the ministry intends to request a special budget for the fiscal year starting April 2018 to purchase the missiles, which are designed to be launched from military aircraft to targets on land or at sea.

He said the new missiles would be for defense, with Japan still relying on the United States to strike any enemy bases.

"We are planning to introduce the JSM (Joint Strike Missile) that will be mounted on the F-35A (stealth fighter) as 'standoff' missiles that can be fired beyond the range of enemy threats," Onodera said.

The JSM, designed by Norway's Kongsberg Defence and Aerospace, has a range of 500 kilometers (310 miles) and the JASSM-ER can hit targets 1,000 kilometers away.

Japan's missile force had until now been limited to anti-aircraft and anti-ship munitions with ranges of less than 300 kilometers.

Japan's post-World War II pacifist constitution bans the use of force as a means of settling international disputes, but the growing threat from North Korea has seen politicians, including Onodera, call for a more robust military that could deter a North Korean attack.

Earlier this week Japanese Prime Minister Shinzo Abe told parliament that North Korea's missile tests were an "imminent threat" to Japan and that talking to North Korea was meaningless.

During his White House campaign US President Donald Trump suggested allies such as Japan need to do more to defend themselves. Since taking office, Trump and his diplomats have offered reassurances of support.

Japan's missile purchase announcement comes on the final day of week-long military drills by the US and South Korea, which North Korea vehemently criticized.
Read more: China calls for US restraint in Korean military drills after B-1B flyover

The North Korean military released a statement that said: "Through the drill, the South Korean and US air forces displayed the allies' strong intent and ability to punish North Korea when threatened by nuclear weapons and missiles."

North Korea has launched what appears to be a ballistic missile into the Sea of Japan, claiming it has the ability to strike anywhere on the US continent. China responded by urging Pyongyang not to raise tensions. (28.11.2017)