The next-generation ALFA-X train is on course to become the fastest in the world. Testing will continue for three years, and the train is scheduled to go into use in 2030. 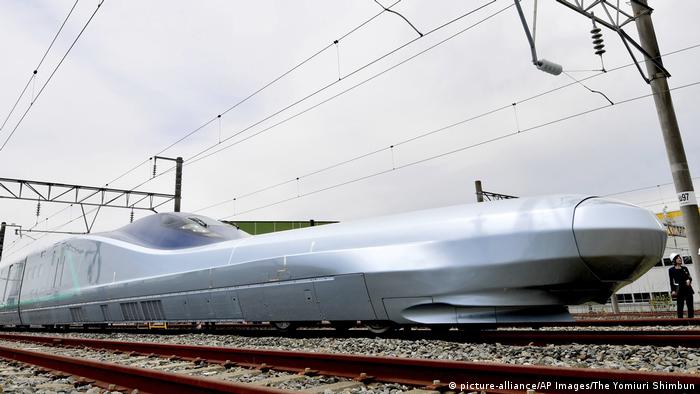 The company says that when the train goes into service on some lines in 2030, it will travel at 360 kph. The train is scheduled to be tested at speeds as high as 400 kph over the next three years.

The next-generation train will also be tested with two different nose cones, one that is 16 meters long and another that is 22 meters long (52 and 72 feet, respectively). The nose cones are designed to improve aerodynamics and reduce noise — experts say the train would emit a large boom whenever it entered or exited a tunnel without such a nose cone.

Arriving in Sapporo in 2031

The E956 ALFA-X (Advanced Labs for Frontline Activity in rail eXperimentation) was built by Kawasaki Heavy Industries and Hitachi, and will go into full service when construction of the new Shinkansen line to Sapporo on the northern island of Hokkaido is completed in 2031.

The estimated top speed would make the ALFA-X the fastest commercial-service train in the world, surpassing China's Beijing-Shanghai high-speed railway, which reaches speeds of 350 kph.

France holds the world record for passenger train top speed at 574.8 kph; however, the amount of energy needed to propel a train to such speeds makes the pace economically prohibitive.

The only faster trains on earth are magnetic levitation trains — which operate without wheels — such as China's Shanghai Maglev, which travels at 431 kph. Japan is currently working on its own maglev train, scheduled to be completed by 2027. The projected top speed of that vehicle will be 505 kph.

A source of national pride

Japan's Shinkansen program, which was started in 1964, is a source of national pride. It operates on eight main lines, completing more than 1,000 journeys each day.

Average train delays are less than one minute, and there have been no accidents on any lines since the program was initiated.

By comparison, Germany's Intercity-Express, or ICE, only reaches its top speed of 300 k[h on short stretches, arrives less than six minutes late 74.9% of the time, and has had several serious accidents.

JR-East says: "The development of the next generation of Shinkansen is based on the four key concepts of exceptional performance, a high degree of comfort, excellent service, and innovative maintenance."