Only 20 percent of Germany's high-speed trains are fully functional, and Deutsche Bahn's punctuality rate is far from ideal. This is according to internal documents from the state-owned train operator seen by ARD. 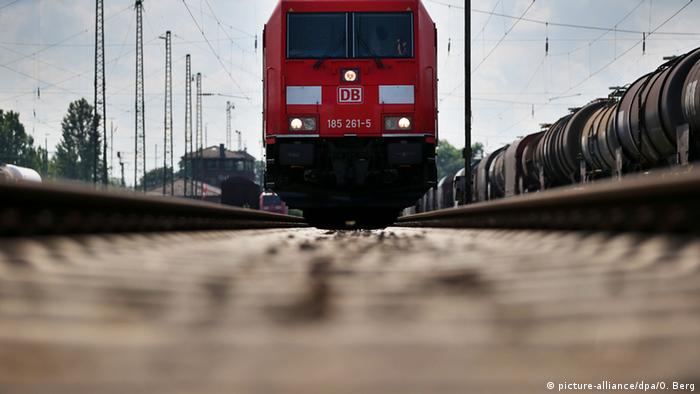 Germans are generally known for valuing punctuality. Germany's trains, however, are earning a reputation of their own for often being late, old and overloaded, according to an investigation by public broadcaster ARD.

Only 20 percent of the country's high-speed intercity express (ICE) trains are fully functional, according to Deutsche Bahn documents viewed by the ARD's Kontraste TV show.

But maintenance is not the only headache ailing the state-owned train company. On Thursday and Friday, Deutsche Bahn's supervisory board is meeting to discuss this and other problems, including delays, a dearth of drivers and an overall lack of infrastructure investment.

The documents seen by Kontraste show that Germany's train company had planned to reach an 82 percent punctuality rate for all trains by 2018, but that the goal has been pushed back to 2025.

At the moment, the on-time rate is 73 percent. According to Deutsche Bahn, a train is considered on-time if it is less than six minutes late.

A lack of personnel is a key reason why so many trains are late. Deutsche Bahn needs more than 5,000 train drivers, train conductors, maintenance employees and IT specialists, according to the internal documents.

Problems also plague DB's train maintenance. While the company has increased the number of trains it has repaired since 2016, this improvement has been outpaced by an increase in the number of damaged wagons entering the repair shops.

Punctuality causes problems in Deutsche Bahn workshops as well. Because trains are arriving late for repairs, maintenance crews do not have the time they need to completely overhaul a wagon and focus instead on essential repairs rather than fixing toilets, sticky doors or air conditioning and heating systems. Overall, 17 percent more trains left workshops in less than ideal condition in 2017 compared to 2016.

Is low investment to blame?

The overarching cause of Germany's train problems appears to be a lack of investment, according to Kontraste. The show estimated the investment backlog on the existing train network amounts to be €32 billion ($36.5 billion).

On Tuesday, German Transport Minister Andreas Schauer said additional government investment in the train company had not yet been decided upon.

"First we will set goal and formulate measures, then we will talk about money," he said at an event with Deutsche Bahn's head Richard Lutz.

The minister said the train system is not underfunded, adding that "there is enough money in the system and to invest."

Germany's highly celebrated new high-speed rail link between Berlin and Munich ran into trouble on its first day. An ICE train was plagued with technical difficulties and delays on the trip back to Bavaria. (09.12.2017)