Japan has held a moment of silence to honor those who were killed in the 2011 earthquake, ensuing tsunami and subsequent nuclear accident. Some 123,000 people who were evacuated have yet to return home six years later. 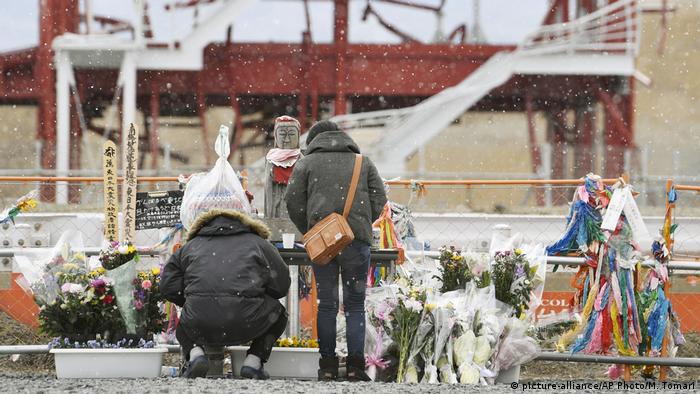 Survivors stood along a shoreline in north-eastern Japan to observe a moment of silence at 2:46 p.m. (0646 CET) on Saturday, the exact minute that the magnitude 9.0 quake struck the region on March 11, 2011.

Following the earthquake six years ago, a massive tsunami destroyed homes and overwhelmed cooling systems at the Fukushima Daiichi power plant which suffered meltdowns in three of its six nuclear reactors.

"The sea is so quiet today," an elderly woman in the coastal town of Soma told public broadcaster NHK. "Why did it become so rough and send up such big waves on that day?"

Around 100 parents and classmates of children who died during the twin natural disasters released dove-shaped balloons attached with messages in the town of Natori.

"You will forever live in our memories," read one.

The latest National Police Agency figures show that the twin natural disasters left 18,446 people dead or missing. Another 3,500 people died from causes such as illness and suicide in the aftermath of the quake and tsunami, according to government figures. 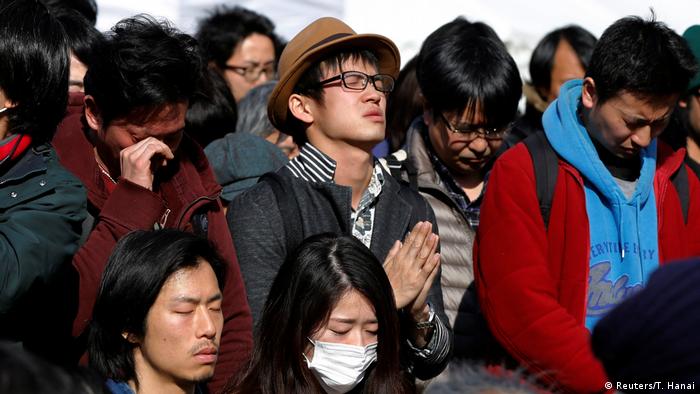 The struggle to go home

Six years ago, the Fukushima reactor meltdowns led the plant to leak radioactive material into the surrounding area. Over 450,000 people had to evacuate the area in the immediate aftermath.

"Some 120,000 people continue to live as evacuees and still have to go through inconveniences in their lives despite steady progress having already been made" in the reconstruction, Prime Minister Shinzo Abe said at a memorial service in Tokyo.

Abe's government plans to lift mandatory evacuation orders in some areas around the crippled Fukushima facilities after local officials said decontamination work has been completed.

Many locals, however, are hesitant or unwilling to return home due to concerns about the effects of radiation. Only 11 percent of the residents of Naraha, located south of Fukushima, have resumed their lives.

The triple meltdown at Fukushima remains the world's worst nuclear disaster since Chernobyl in 1986.