The Japanese nuclear plant has recorded the highest radiation level since the 2011 earthquake and tsunami. The findings are likely to delay attempts to dismantle the plant and will likely increase decommissioning costs. 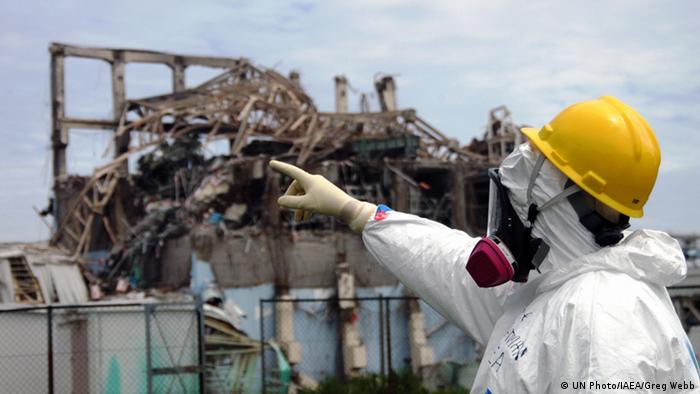 Radiation levels inside Fukushima's No. 2 reactor were recently estimated at 530 sieverts per hour at one spot, Tokyo Electric Power Co (TEPCO) said on Friday, adding to other problems at the plant.

The company analyzed images taken by a camera attached to a robot that probed the deepest point yet within the reactor.

The reading was taken close to the pressure vessel, which contains the reactor core, the Japan Times reported. The paper said the high reading suggests some melted fuel that escaped the vessel is nearby.

In other places within the No.2 reactor, the radiation is almost certainly much lower, TEPCO said.

But the power firm conceded that the level was much higher than the previous record of 73 sieverts per hour detected in 2012, even allowing for a generous margin of error.

Sieverts are the units experts use to measure the effects of radiation on human life.

Serious acute radiation damage occurs when a person is exposed to a sievert level of 1,000 millisievert in a short time.

Tokyo under fire for plans to speed return of Fukushima evacuees

As Japan aims to lift evacuation orders for many people forced from their homes by the Fukushima disaster, environmentalists say many areas still show highly-elevated levels of contamination and are unfit for habitation. (21.07.2015)

5 years after the nuclear disaster of 2011 the number of tourists visiting Japan exceeds the number of Japanese visiting other countries for the first time. (10.03.2016)

A giant arch to contain radioactive waste at the site of the world's deadliest nuclear accident has begun to be moved into place. Fallout from the Chernobyl disaster reached across a large swathe of Europe. (14.11.2016)

The company sought to reassure residents that no radioactivity was leaking from outside the reactor.

TEPCO said its robot camera probe would effectively be shut down within two hours at 530 sieverts of radiation exposure per hour, dealing a blow to attempts to deconstruct the facility.

The Fukushima meltdown was the worst nuclear accident since the 1986 Chernobyl disaster. More than 18,000 people were killed or left missing after a massive undersea earthquake on March 11, 2011, sent a huge tsunami smashing into Japan's northeast coast.

Three of the facility's reactors went into meltdown and a 20-kilometer exclusion zone was set up, forcing the evacuation of hundreds of thousands of people.

The disaster struck just 14 days before the reactor was to be permanently shut down.

In December, Japan's government estimated the total costs associated with the disaster to reach 21.5 trillion yen ($190 billion), which includes compensation, decommissioning and decontamination.