A giant arch to contain radioactive waste at the site of the world's deadliest nuclear accident has begun to be moved into place. Fallout from the Chernobyl disaster reached across a large swathe of Europe. 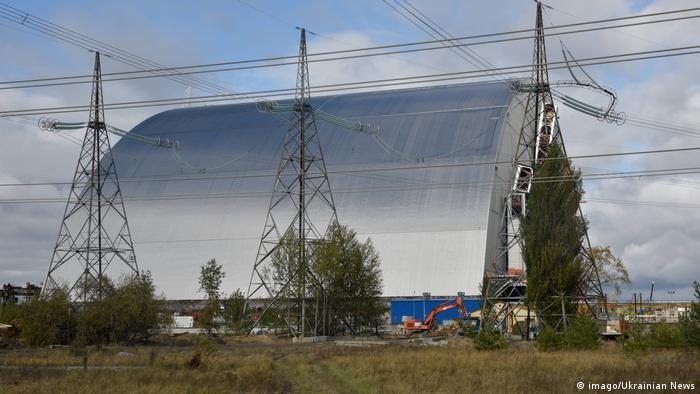 The massive, arch-shaped, steel cover began moving into place on Monday over the cement-encased nuclear reactor at Chernobyl in Ukraine.

A catastrophic meltdown of Reactor Number 4 on April 26, 1986 killed at least 30 people on site and left thousands dead or dying. The accident occurred in what was then the western part of the Soviet Union. Moscow kept the incident hidden from the world for many days. Only when particle detectors in Scandinavia began recording elevated radiation levels did the Kremlin come clean.

"The start of the sliding of the arch over Reactor 4 at the Chernobyl nuclear power plant is the beginning of the end of a 30-year long fight with the consequences of the 1986 accident," Ukraine's Environment Minister Ostap Semerak said.

The ill-fated reactor is currently being protected by a concrete dome that was hastily built by Soviet rescue workers in the months after the accident occurred. It is in danger of leaking nuclear waste.

The new cover, made of corrosion-resistant steel, is being financed primarily by The European Bank for Reconstruction and Development (EBRD) at a total cost of $1.6 billion (1.5 billion euros). The installation is due to be completed on November 29, which is the 30th anniversary of the destroyed reactor being covered by the original concrete sarcophagus.

The EBRD called the construction and sliding of the arch "one of the most ambitious projects in the history of engineering."