Japan: Princess Mako marries commoner amid controversy | Asia | An in-depth look at news from across the continent | DW | 26.10.2021 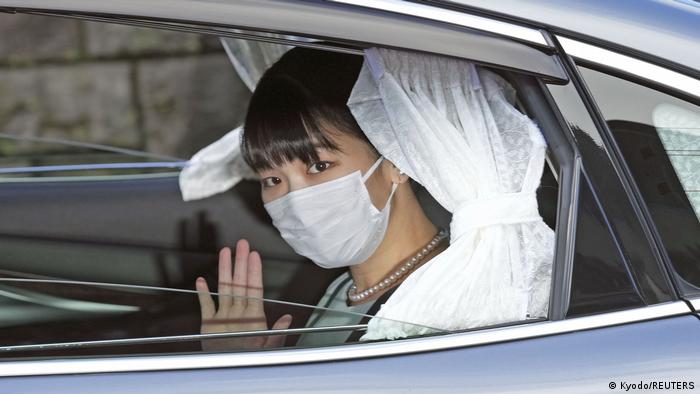 It's a bittersweet moment for the princess, who has grown up within the cloistered world of Tokyo's Imperial Palace

Japanese Princess Mako has quietly married a commoner without traditional wedding celebrations and said their marriage "was a necessary choice to live while cherishing our hearts."

The couple's marriage document was submitted by a palace official Tuesday morning and made official, the Imperial Household Agency said. There was no wedding ceremony, reception banquet or other marriage rituals for the couple.

The marriage to 30-year-old Kei Komuro cost Mako, who turned 30 on Saturday, her royal status as under Japanese law royal women are no longer considered members of the imperial family after marriage.

No longer a royal, Mako has now taken the surname of her husband and become Mako Komuro — the first time she has had a family name. In Japan's imperial family, only male members are given household names, while female members only have titles and must leave if they marry commoners. 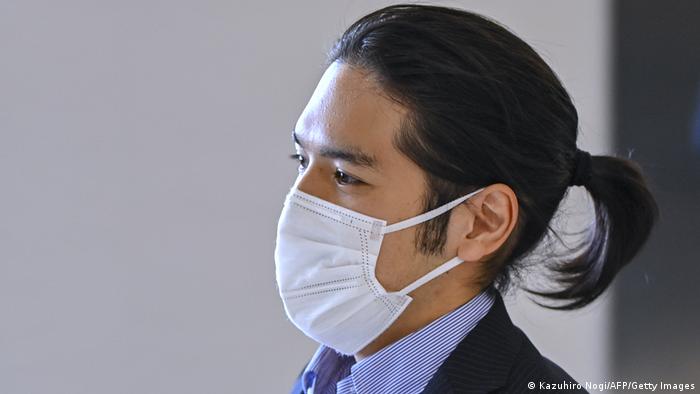 It's a bittersweet moment for the princess, who has grown up within the cloistered world of the Imperial Palace in Tokyo. It has arguably been made more difficult by the unrelenting attention of the Japanese tabloid media.

Even until hours before Mako was due to marry Komuro, there was little indication of the public or the domestic press relenting in their criticism of the first imperial family wedding in nearly 30 years.

Mako first met Komuro more than a decade ago at Tokyo's International Christian University where they were classmates.

In September 2017, the couple announced their intent to marry the following year. Though there was widespread joy for the princess and her boyfriend when their engagement was initially announced, that has since soured.

Within weeks of the wedding being set for November 2018, the Shukan Josei weekly magazine ran a story claiming that Komuro's mother was in a dispute with a former boyfriend over money.

According to the report, Komuro's mother — who fell on hard times after her husband committed suicide — borrowed 4 million yen (€30,205/$35,110) from the man to cover the costs of Komuro's university education.

Komuro's mother and her former partner were in dispute over whether the money was a gift or a loan that needed to be returned.

The Imperial Household Agency — consistently averse to the slightest whiff of scandal — quickly announced that the wedding had been delayed.

All eyes on Princess Mako as wedding nears

Undeterred, the press stepped up its reporting on the affairs of the Komuro family, leading to suggestions in different magazines that he had enjoyed a string of relationships at university and that his family were descendants of Korean immigrants.

In part to escape the media attention, Komuro moved to the United States in 2018 to study law at Fordham University in New York. He stayed in touch with the princess and in September kept his promise to return and marry her.

Any hopes that they might be able to quietly go ahead with the wedding have been dashed after media reports emerged in recent weeks claiming that the event poses the biggest threat to the stability of the imperial family in a century.

Media reports also claimed Komuro would not be able to earn a sufficient wage to support the former princess and that his family is primarily motivated by the potential financial and social windfalls resulting from the union.

This weekend's coverage had focused on the amount of money the Komuro family is costing Japanese taxpayers, with claims that the government promised Komuro's New York law firm lucrative contracts to ensure that the princess is taken care of financially .

Another magazine questioned the cost of 24-hour security outside the apartment of Komuro's mother, in the western suburbs of Tokyo.

The wedding had even led to unprecedented protest marches in Tokyo, made up largely of conservatives and middle-aged people who feel so strongly about the marriage that they brandished placards that read "Stop the Cursed Marriage" and "No, Komuro."

"I cannot say that I am at all excited about the events that will take place tomorrow," Yoichi Shimada, an academic and staunch supporter of Japan's monarchy, said a day before the wedding.

"It is my feeling that the Komuro family has failed to show that he is the right person for the princess or to be a part of the imperial family, even if they will remain commoners outside the monarchy," he told DW.

"Most Japanese people were happy when the news was first announced, but there has been very little good news since then and a lot of negative reports about Komuro and his family," he added.

"We all know that the life of an international lawyer in New York is very challenging and competitive, so I worry that he will not be up to that task, although I have heard from my contacts in the Japanese government that Tokyo will be using Komuro's law firm to ensure he is a success and can earn a living," Shimada said.

"But that is special treatment paid for by Japanese taxpayers, and that cannot be considered a good thing."

Despite the seemingly broad hostility to the union, there are some who still wish the couple well.

Yae Oono, a homemaker from Tokyo, said the couple have been affected by "too much negative coverage."

"I see a young couple who say they have been in love — and still love each other despite being apart for three years — and I hope they are able to put this behind them.

"The media has not been kind to them and I am not surprised that they will be moving to New York soon after the wedding," she said. "I guess they hope to just become 'normal' people in the US."

With the royal family running out of male heirs, discussion in Japan has turned to rewriting laws to permit a woman to assume the throne – although traditionalists remain firmly opposed to the idea. Julian Ryall reports.