Japan orders military pilots to report UFO sightings | Asia | An in-depth look at news from across the continent | DW | 28.09.2020

Despite the Defense Ministry claiming there have been no official reports of military personnel encountering unidentified flying objects, UFO watchers insist that Japan is a hotbed of extraterrestrial activity. 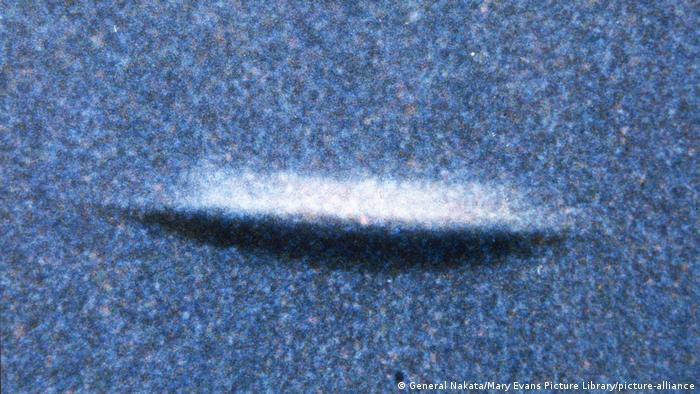 Japan's Self-Defense Forces (SDF) have been issued with new protocols for what they should do when encountering an unidentified flying object (UFO) that could potentially pose a threat to national security.

Former Defense Minister Taro Kono told a press conference earlier in September that members of the military need to make a visual recording of any unexplained phenomena they encounter and that the footage must be analyzed to the fullest extent.

The military is also being tasked with looking into reports of UFO sightings from the public.

The announcement was one of Kono's last acts as defense minister before Japan's government reshuffled ministerial positions in mid-September.

Kono has in the past expressed skepticism over the existence of alien craft from outer space visiting Earth, telling a press conference in April: "Frankly speaking, I don’t believe in UFOs."

Nevertheless, the issue was brought up when Kono met with US Defense Secretary Mark Esper in Guam in late August for a regularly scheduled talk on regional security issues.

The US side is understood to be keen to collaborate with Japan on UFOs, particularly after the Pentagon released three video clips in April captured by US pilots that apparently show "unidentified aerial phenomena."

Read more: The US Pentagon's secret investigation into UFOs

The footage had already been circulating online, and US authorities have confirmed that they have been unable to positively identify the objects in the clips. 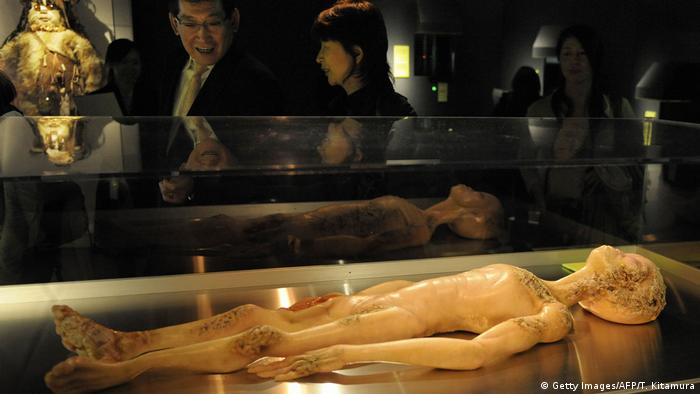 In 2008, 'The Science of Aliens' museum exhibit in Tokyo featured a model depicting an 'alien autopsy'

According to the Japanese Defense Ministry, there are no known cases of SDF personnel encountering UFOs, although a leading UFO researcher said he was surprised the government would claim ignorance.

Greg Sullivan, director of the Japan Center for Extraterrestrial Intelligence (JCETI), said Kono and the ministry should be aware of at least six alleged encounters between Japanese pilots and UFOs, all of which he said have been reported to the government. Sullivan also cited a number of civilian UFO sightings across Japan.

"There were previously no protocols in place, as the pilot witnesses that I have spoken with have confirmed, so there was no way of officially reporting these sorts of incidents," Sullivan told DW.

"The reports were filed and the authorities have that data, but they did not previously know what to do with it, so I hope that is going to change now," he added.

One of the people that Sullivan has interviewed is Mamoru Sato, who served as a wing commander in the Air Self-Defense Force and who decided to collect testimonies from a number of other military pilots who had encounters with UFOs.

"Those reports were met with ridicule and the authorities refused to take him seriously," said Sullivan.

Among the incidents that Sato documented was a sighting of a flying "saucer" at close range before the craft disappeared at a rapid speed, and an entire squadron of Japanese pilots on the ground at an air base witnessing a series of highly reflective craft that were also moving at a speed beyond the capabilities of a conventional aircraft.

Shigeru Ishiba, a politician with the Liberal Democratic Party, also filed a request for information about UFO sightings while he was serving as defense minister in 2007.

Read more: Area 51: Why does a military compound in the desert attract millions from all over the world?

Japan appears to be something of a hotbed for UFO sightings, with a "flashing green orb" reported in the skies above Niigata in November 2016 and "10 white globes" floating above Osaka in July 2015. "Mystery lights" were also witnessed by dozens of people over Okinawa in January 2014.

In September 2009, Miyuki Hatoyama, the wife of then-Prime Minister Yukio Hatoyama, attracted headlines over a book in which she claimed to have had an extraterrestrial experience 20 years previously.

"While my body was asleep, I think my soul rode on a triangular-shaped UFO and went to Venus," she wrote. "It was a very beautiful place and it was really green." Her husband reportedly told her that it was probably just a dream.

However, there are also UFO skeptics. For them, events like the sighting of a shiny sphere at high altitude over northern Japan earlier in the summer, and the Pentagon videos, are just unsolved mysteries. 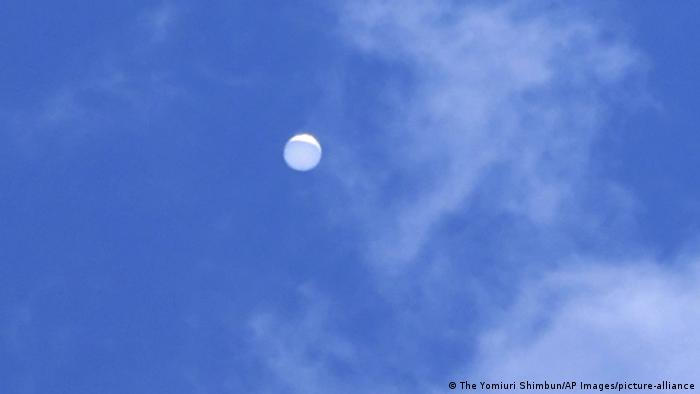 "There are alternative explanations to at least some of these sightings," Jun Okumura, an analyst at the Meiji Institute for Global Affairs, told DW.

"Just as some crimes are 'unsolved,' some flying objects are 'unidentified' until they can be identified. And then they are no longer UFOs."

UFO enthusiast Sullivan said he has had countless interactions with Japanese who have sighted UFOs and are keen to know more about unexplained phenomenon.

There are numerous "sky-watching" events across the country for people who believe Japan is destination for intelligent life forms from outer space.

"Japan is one of the very few places in the world where four tectonic plates meet and there is a high level of volcanic activity," said Sullivan, claiming that UFO activity is often found around volcanoes.

Sullivan hopes that military personnel who may have been reluctant to report an encounter with a UFO for fear of being ridiculed will now be able to follow the official protocols and the data will be revealed to a wider audience.